In This Section
Home > Department of Pharmacy > residents > programs 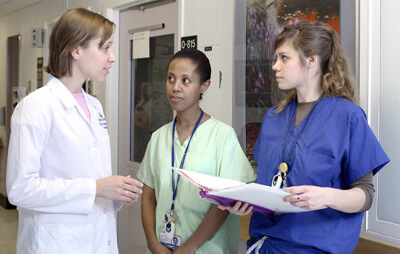 Program Overview: The two-year residency is combined with a Master of Business Administration (M.B.A) with an emphasis in Health Care Management (54 credit hours) or a Master of Science (M.S.) in Health Care Management (36 credits hours) from The Johns Hopkins University Carey Business School. The primary objective of the program is to prepare pharmacists to assume leadership positions in hospitals and integrated health care systems. Graduates of the program will have competencies in assessing and resolving the health needs of the public as it relates to the safe and effective use of medication and will be expected to assume a leadership role in pharmacy practice. Participants will gain the business tools and knowledge to understand and analyze the changing nature of today’s complex medical delivery systems, plus the resource management skills and savvy to anticipate and respond to those changes.

Academic Experience: The distinctive M.B.A. or M.S. programs are specifically designed for medical professionals who seek the business knowledge necessary to help them understand, analyze, and guide complex medical-delivery systems. Students in the program include physicians, pharmacists, nurses, other clinicians, senior health care administrators, and medical practice managers. Residents have the opportunity to practically apply the skills and knowledge obtained in the classroom setting directly to pharmacy practice through rotation experiences and resident projects.

Full funding/support for the M.B.A. or M.S. in Health Care Management in partnership with The Johns Hopkins University Carey Business School.

Special Requirements for Application: Doctorate of Pharmacy degree or equivalent experience. Eligibility for licensure in Maryland. Application material should include a curriculum vitae documenting: (a) education, (b) work experience, (c) rotations, (d) community service, (e) association involvement, (f) leadership, (g) awards/honors, (h) presentations and publications, (i) letter of intent, (j) three references and your (k) College of Pharmacy transcript. Participation in the ASHP Matching program as a PGY-1 candidate. Participation in Personnel Placement Service at the Midyear Clinical Meeting is strongly recommended. Application to the M.B.A program is completed after the match. GMAT or GRE is not necessary.  Minimum 3.0 GPA on a 4.0 scale. 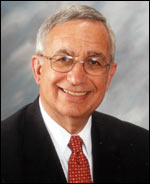 Mr. Ashby was an original member of the task force that wrote the first Pharmacy Certified Technician training manual and certification examination as a member of the Michigan Pharmacy Certified Technician (PCT) Board of Examiners.  In 2012, he completed a six-year term as a member and Chair of the Commission on Accreditation of Healthcare Management Education (CAHME) Accreditation Council responsible to accredit graduate medical education programs (M.S., M.B.A., M.H.A.) in the United States and Canada.  He served as a member of the Center for Pharmacy Practice Accreditation (CPPA) Board of Directors accrediting community and specialty pharmacy programs and currently chairs the ASHP Pharmacy Residency International Accreditation Commission.

Mr. Ashby is a national speaker in the ASHP Visiting Leaders Program and has been active in professional organizations as an elected officer including the Southeastern Michigan, Michigan and Tennessee Societies of Health-System Pharmacists.  He served as a member of the ASHP Commission on Credentialing, member and chair of the Commission on Goals, vice-chair of the Committee on Nominations and president and chairman of the ASHP Board of Directors.

Mr. Ashby’s awards and recognition include: Fellowship in ASHP, Michigan Pharmacist of the Year, Wayne State University Distinguished Alumni Award, Maryland Society of Health System Pharmacists Board of Directors Award and the President’s Award from the Association of Black Health-System Pharmacists “in appreciation of significant, unselfish service to the Association.” He is the 2010 recipient of the ASHP Distinguished Leadership Award in Health-System Pharmacy Practice, to “recognize individuals who have achieved excellence in health-system pharmacy practice leadership …” Mr. Ashby is the 2011 recipient of the Harvey A.K. Whitney Lecture Award, ASHP’s highest honor, and in 2013, he received the B. Olive Cole Honorary Alumnus award from the University of Maryland. Mr. Ashby was awarded an honorary Doctor of Science degree in 2016 from the Board of Regents of the University System of Maryland, presented during the University of Maryland Eastern Shore commencement.

Mr. Ashby has published numerous articles and made over 100 presentations on a variety of topics. His proudest achievement is serving as preceptor for more than 300 pharmacy residents.

Link to the application information:
http://www.hopkinsmedicine.org/pharmacy/residents/application/

Link to the application information:
http://www.hopkinsmedicine.org/pharmacy/residents/application/