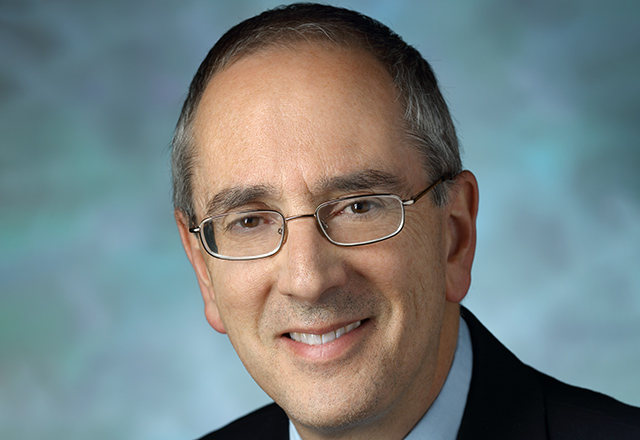 Antony Rosen is the Mary Betty Stevens Professor of Medicine, and professor of pathology and cell biology. He is the director of the Division of Rheumatology and the vice dean for research at the Johns Hopkins University School of Medicine, as well as the director of inHealth, Johns Hopkins’ program in precision medicine and individualized health. Dr. Rosen received his medical degree from the University of Cape Town in South Africa in 1984. After completing his internship in medicine and surgery, he pursued postdoctoral studies in immunology at the Rockefeller University in New York (1987–1990). Drawn by a desire for a deeper understanding of human inflammatory diseases, he returned to clinical medicine and was an Osler resident and rheumatology fellow at The Johns Hopkins Hospital (1990–1994). He subsequently joined the faculty at Johns Hopkins in 1995, and rose to the rank of professor in 2002. He has been director of the Division of Rheumatology since then, overseeing a substantial expansion of the division. His research focuses on autoimmunity in the rheumatic diseases, using subgroups of patients with distinct phenotypes, trajectories and specific autoimmune responses to define molecular mechanisms. 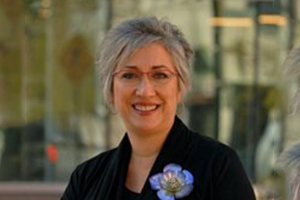 As chief business officer for inHealth, Dr. Popper is responsible for the translation of Johns Hopkins’ efforts through the creation of commercial relationships and new companies. Dr. Popper has spent the last 25 years helping public and private life science companies develop and commercialize new technology. She has managed a wide spectrum of diagnostics, device and drug discovery businesses in both Fortune 500 and startup settings including Becton, Dickinson and Company; bioMerieux; and MDS, among others. A serial entrepreneur who has built and sold her own companies, Dr. Popper is also familiar face within the Baltimore innovation ecosystem, having mentored through Johns Hopkins. She graduated from the University of the Witwatersrand Medical School and did her residency training in Internal Medicine and Pathology in the Hopkins system. She is a graduate of the Johns Hopkins Bloomberg School of Public Health.

Scott Zeger is a professor of biostatistics at the Johns Hopkins Bloomberg School of Public Health, a faculty member in the Malone Center for Engineering in Healthcare at the Whiting School of Engineering and a John C. Malone Professor. Dr. Zeger holds joint appointments in the school of public health’s departments of Epidemiology and International Health, as well as appointments in the Krieger School of Arts and Sciences and the school of medicine.

Sezin A. Palmer is the first Mission Area Executive for National Health at the Johns Hopkins University Applied Physics Laboratory, which has been recognized by Fast Company in 2016 as one of the most innovative companies in Healthcare.

Prior to her current appointment, Ms. Palmer served as the Mission Area Executive for Research and Exploratory Development. Under her leadership, APL made significant contributions to the fields of neuroscience, biomechanics, intelligent systems and materials science. Previously, Ms. Palmer held leadership positions in the Laboratory’s Undersea Warfare mission area. Ms. Palmer was responsible for the technical and programmatic oversight of numerous Navy programs in submarine warfare, anti-submarine warfare and mine-countermeasures capability development. She also served as the Laboratory’s representative to the Commander, Pacific Fleet staff. Additionally, from 2002-2005 Ms. Palmer served as a panel member of the Chief of Naval Operations Mine Countermeasures Technical Advisory Group and from 2010-2012 as a member of the Chief of Naval Operations Submarine Security Working Group.