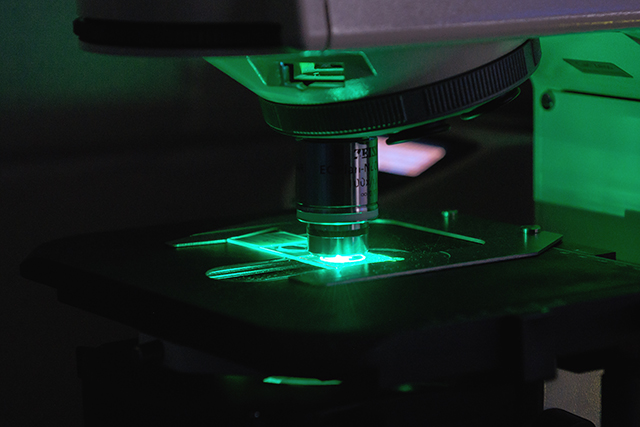 The human genome contains about 20,000 protein coding genes distributed over 23 pairs of chromosomes (22 pairs of autosomes and the sex chromosomes, X and Y). Our genes provide the code of life…..a blueprint for the processes that program every aspect of an individual’s development from a single fertilized egg at the initiation of life to the trillions of cells that make up an adult.

Our genes also encode the mechanisms that maintain normal physiology in an ever-changing environment. The information within genes is determined by the linear sequence of four building blocks, G, A, T and C, which are called nucleotides. These components are arranged in long chain-like molecules that intertwine, forming a double helix that is about two meters in length. All of this is packaged into the nucleus of each of our cells, themselves thousands of times smaller than a raindrop.

Our genetic machinery is the product of more than a billion years of evolution. Understanding this marvelous feat of biology and how it functions in health and disease is a central goal for scientists in the Department of Genetic Medicine and requires a multi-faceted research program.

Johns Hopkins scientists have long been leaders in medical genetics research. The field essentially began in the 1950s with renowned scientist Victor McKusick, who is considered the “father of medical genetics” and led the world in identifying thousands of inherited diseases and mapping the responsible genes to specific locations on our chromosomes. Legendary geneticist Barton Childs is best known for his quest to get physicians to think about disease in the context of genetics. Nobel laureates Daniel Nathans and Hamilton Smith discovered molecular scissors called restriction enzymes, which revolutionized genetic research by providing a way to map our genome and isolate genetic material and insert it into DNA. These techniques, used continuously by laboratories across the world since Nathan and Smith’s discoveries in the 1960s enabled molecular biology and was a precursor is to sequencing the human genome and to the recently identified, targeted gene-cutting tool, CRISPR/CAS9.

More on the history of the Department of Genetic Medicine

With  innovations in genome sequencing over the last two decades, scientists have become very efficient at reading genetic material. Now, researchers are focusing on clinical applications of these advances including interpreting our genetic blueprints, relating these coded instructions to human disease and developing new ways to identify, treat and prevent disease.

The overarching goal of the Department of Genetic Medicine is to integrate genetics into all of medicine. In addition to genetic medicine scientists who study the fundamental links between our genes and disease, the Department has a robust clinical service which operates seven patient clinics along with providing inpatient and outpatient services.

Faculty focus on areas that include:

At the Department of Genetic Medicine, we take the power of research discoveries at Johns Hopkins and apply this knowledge to patients evaluated in our inpatient and outpatient clinics at The Johns Hopkins Hospital and its affiliates. As part of this effort, we have expanded the size and scope of the services offered by Johns Hopkins Genomics, (JHG) one of the world’s largest centers for DNA genotyping and sequencing. JHG is a collaborative effort between the Departments of Genetic Medicine and Pathology to provide a variety of DNA genotyping and sequencing services, both research and clinical, to the patients, physicians and scientists of Johns Hopkins Medicine.

The Department of Genetic Medicine also houses research centers with significant funding from the National Institutes of Health that provide services and resources for physicians and researchers at Johns Hopkins and around the world.

Thus, Department of Genetic Medicine researchers and clinicians, work to move human genetics and its multi-faceted and expanding applications to medicine forward by providing a collaborative and dynamic culture of innovative research and clinical care.