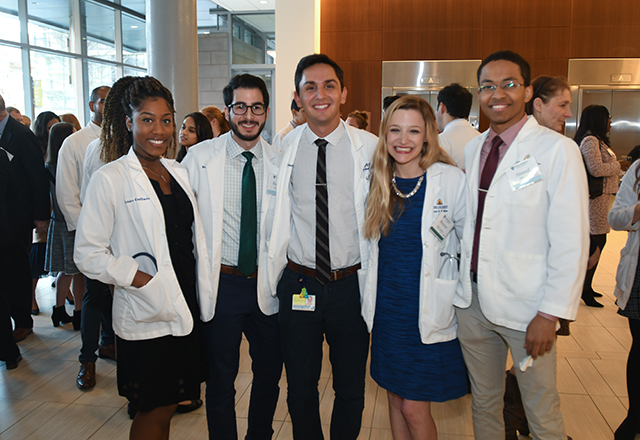 There's a certain satisfaction in knowing that you can truly make a difference in the future of an institution that has made such a meaningful difference in your own life. A gift to the Johns Hopkins School of Medicine reinforces your connection to your alma mater and supports its lasting commitment to education, collaborative research and patient care.

Some of the School of Medicine's top financial priorities are listed below. We also welcome the opportunity to talk with you further about your philanthropic support of specific areas that may be of special importance to you. Questions about making a gift? Contact us.

On April 8, 2021, scholarship recipients and donors met virtually to celebrate philanthropy and see the impact of support firsthand. This year, the Paul S. Lietman/JH International Scholarship was featured. Learn more about our annual Scholarship Recognition Event, and watch a video of the remarks from the evening. Thank you to everyone who attended the event!

Do you have your own named fund or wish to support a class fund or other priority? If so, please indicate your gift designation in the ‘Other’ field on the drop-down list of giving options on the online form.

Give Now
back to top button