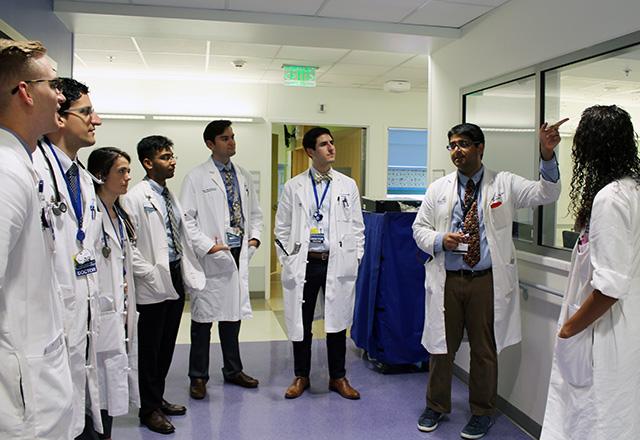 Emblazoned on the shield of The Johns Hopkins Department of Medicine is the word Aequanimitas. The term means imperturbability and was regarded by Sir William Osler as the premier quality of a good physician. In his essay, Aequanimitas, Dr. Osler further defines this concept as coolness and presence of mind under all circumstances, calmness amid storm, clearness of judgment in moments of grave peril. In full development, it has the nature of a divine gift, a blessing to the possessor, a comfort to all who come in contact with him. At the beginning of their Osler residency, interns are given a copy of this essay --- both to bolster their spirit and to refresh their memories during the trials of the following year. 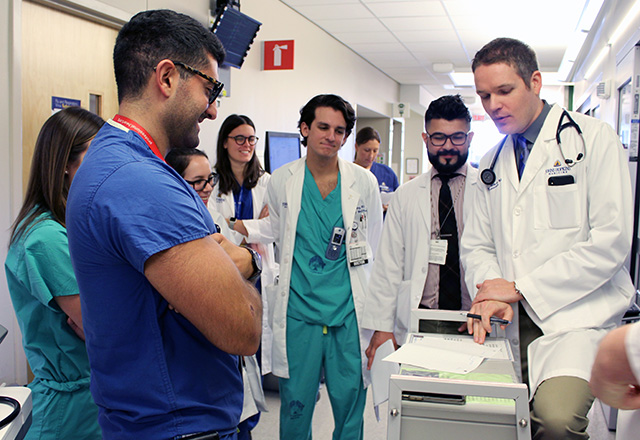 The Osler motto, Aequanimitas, is emboldened on the housestaff tie and scarves, which are given to incoming interns, as an introduction and welcome in to the family and tradition of Johns Hopkins. The tie/bowtie/scarf is traditionally worn every Friday. This tradition has lived on at academic centers across the country where Osler alumni move beyond the dome. It has even taken hold in popular culture, having been mentioned in the popular television program House.

History of The Johns Hopkins Hospital 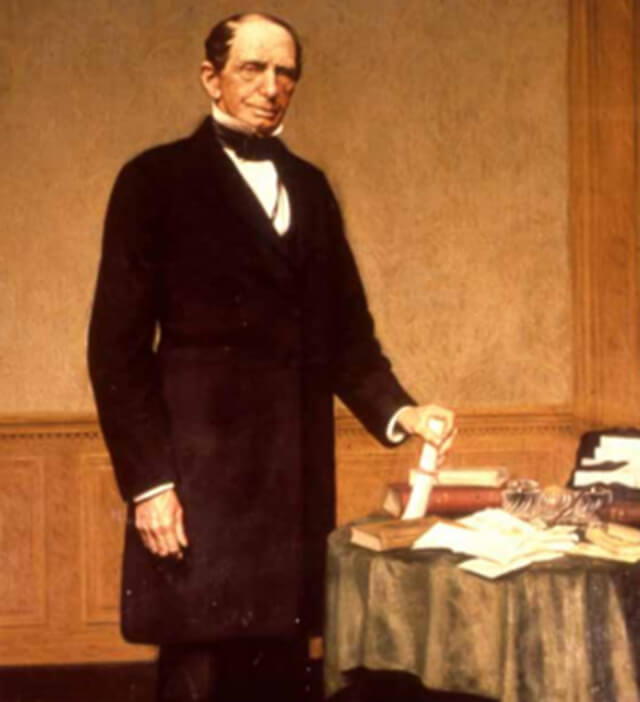 Johns Hopkins, a famous Baltimore businessman, left his fortune of $7 million to establish both the Johns Hopkins University and the Johns Hopkins Hospital. His Quaker upbringing helped him to develop a sense of charity and equity. Mr. Hopkins was not able to receive the education he longed for, so he wanted to provide a university for others. Witnessing the epidemics that ravaged Baltimore caused him to realize the need for a hospital. His business ability earned him the funds he needed to provide education and health care to citizens of Baltimore and the world.

As part of his bequest, Johns Hopkins stipulated that a school of medicine accompany the hospital. As such, the School of Medicine was opened in 1893, 17 years after the founding of the university. The delay resulted in part from the trustees' wish to have a fully equipped hospital before students were accepted. The Johns Hopkins Hospital was completed in 1889, and from the outset its destiny has been inextricably woven with that of the School of Medicine. This policy was established in a letter from Mr. Hopkins to the first trustees of the hospital. "In all your arrangements in relation to this hospital," he wrote, "you will bear constantly in mind that it is my wish and purpose that the institution shall ultimately form a part of the Medical School of that university for which I have made ample provision by my will."

The Department of Medicine 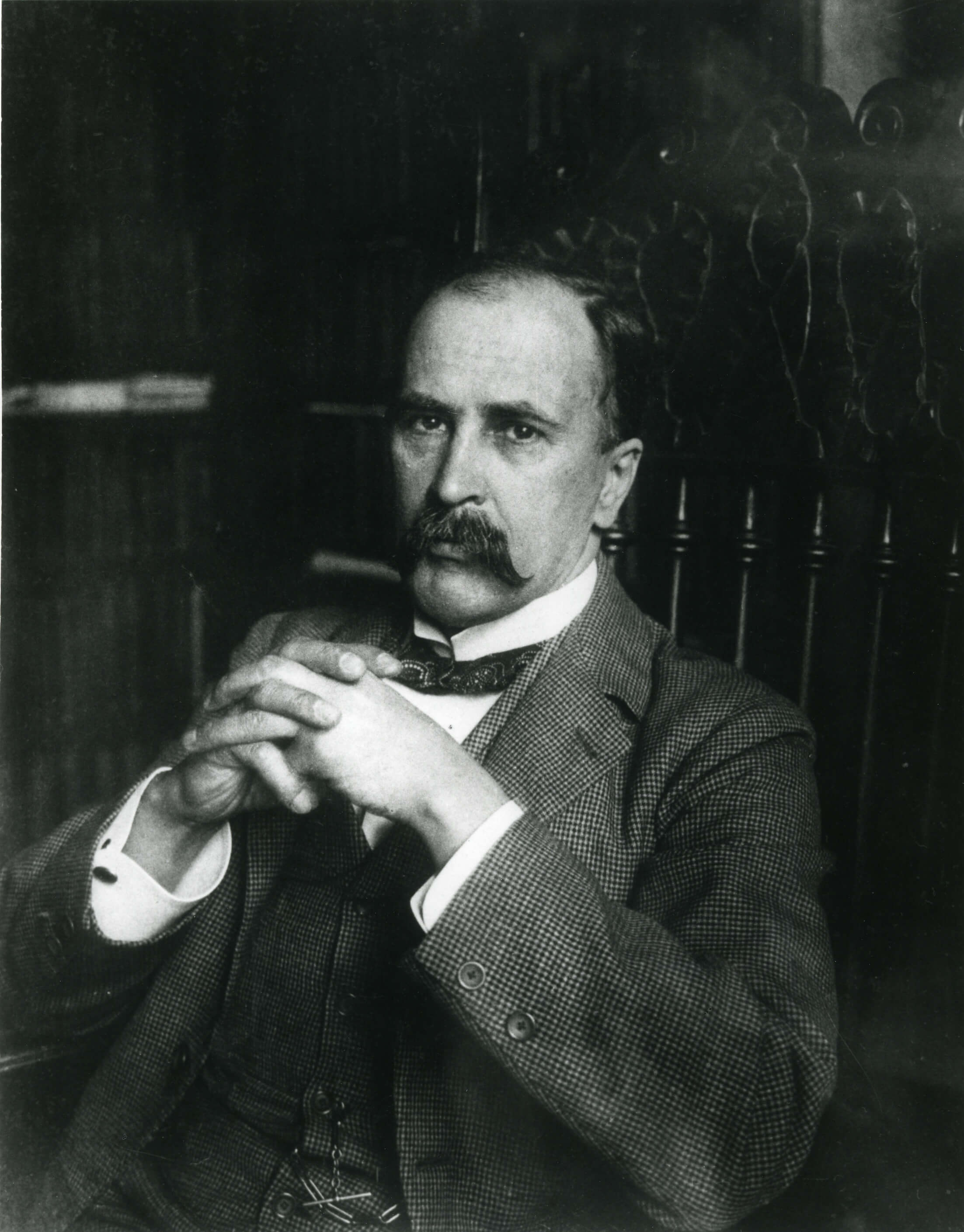 Under the stewardship of Sir William Osler, the first chief Physician-in-Chief of the Johns Hopkins Hospital, the Department of Medicine grew. Known as perhaps the most renowned physician of his time, the training program centered upon the importance of bedside teaching.

A master clinician, author of the historic Principles and Practice of Medicine, and a warm and gracious mentor, Osler attracted talented men and women to Johns Hopkins for medical training. Each of the chairmen who have followed Osler have helped the department flourish not only by responding to the challenges of the times, but also by adhering to the Oslerian principles of the primacy of the patient and the importance of patient-based education. The department is currently led by Dr. Mark Anderson.

Few individuals had greater influence on American medicine than did Sir William Osler. Soon after coming to Baltimore, Osler began making dramatic, progressive changes in medical education. Until that point medical school consisted of basic science classes and didactic lectures where professors examined patients in large amphitheaters while students observed from above.

Osler established the full-time, sleep-in residency system whereby staff physicians lived in the administration building of the hospital. As established, the residency was open-ended, and long tenure was the rule. Doctors spent as long as seven or eight years as residents, during which time they led a restricted, almost monastic life. Osler's contribution to medical education of which he was proudest was his idea of clinical clerkships--having third and fourth year students work with patients on the wards. He pioneered the practice of bedside teaching making rounds with a handful of students, demonstrating what one student referred to as his method of "incomparably thorough physical examination."

Today, the hospital complex is a collection of more than a dozen "mini-hospitals" and centers, 37 buildings, 226 separate clinical services and more than 1,000 beds sprawling over half of the 44 acres housing the Johns Hopkins Medical Institutions in East Baltimore. A new 420,000 square-foot Outpatient Center opened in May 1992, to consolidate and enhance outpatient treatment facilities. In 1999, a new Comprehensive Cancer and Research Center opened that consolidated cancer-related clinical and research facilities into two new buildings. The best patient treatment and family support facilities combined with ultramodern laboratories provide the ideal cancer research and treatment center for the 21st century.

The hospital, along with its sister institutions, welcomes an estimated 10,000 visitors and employees each day. It is the work site of some 1,600 physicians, 600 residents and 1,500 nurses who provide 292,000 days of inpatient care each year, as well as services for 397,0000 outpatient visits and 85,000 emergency cases.

Learn more
back to top button