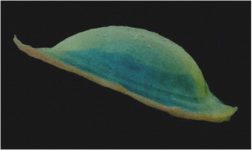 Vision is one of our primary ways of interacting with the world around us. Light enters the eye through the cornea and lens, the two components that create the clear, outermost layer of the eye. The cornea and lens then work together to focus the incoming light onto the retina, the light-receptive part of the eye. Disrupting any part of this process results in loss of visual perception, and even blindness.

Several research groups in the Johns Hopkins Institute for Basic Biomedical Sciences are devoted to understanding how our eyes capture light and turn it into a message the brain can comprehend. Figuring out the steps of this process will help reveal which steps have gone awry and caused blindness, and will eventually lead scientists to new treatments.

King Wai Yau, professor of neuroscience and ophthalmology, studies how the eye harnesses light and translates it into a language the brain recognizes. During his career, Yau has revealed many of the individual steps of visual perception, which helped other scientists pinpoint many causes of blindness and develop targeted treatments. Yau also studies how certain biological clocks, such as our sleep/wake cycle, respond to light in their own ways. His findings helped explain why, in many types of blindness, nonvisual light cues still make patients sleepy at night, and alert during the day, despite their inability to see images.

Seth Blackshaw, also a professor of neuroscience, identifies the combinations of genes in developing brain cells that form the retina. Since the retina is an extension of the brain, Blackshaw views photoreceptor dystrophies, diseases in which the light-sensing cells of the retina degenerate, as neurodegenerative disorders. However, in contrast to the many factors and cell types in the brain, only seven types of cells form the retina, making it easier to decode which factors influence a developing brain cell to become a retina cell. By figuring out how this happens, Blackshaw and colleagues hope to identify steps in the process that could be targeted by therapies to delay or reverse disorders that lead to blindness. The eye’s physical isolation from other organs in the body makes it an ideal candidate for targeting such treatments in a contained manner. 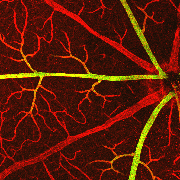 Jennifer Elisseeff, Jules Stein Professor of Ophthalmology and Biomedical Engineering, recently began developing a synthetic cornea. Her tissue-engineering laboratory designs synthetic corneas made from biological materials, such as the naturally occurring protein collagen, that are processed into a contact lens-shaped transparent gel. The engineered cornea uses biological signals, such as growth factors, to recruit other eye cells to migrate into the gel and behave like cornea cells by focusing light on the retina. Because of declining availability of donor tissue and the risk of graft rejection due to immune reaction, development of a viable synthetic alternative remains a priority among biomedical researchers. Prior attempts to transplant other kinds of synthetic corneas resulted in scarring or immune rejection. However, Elisseeff hopes to avoid these drawbacks by using materials that naturally occur in the body.

Jeremy Nathans, professor of molecular biology and genetics, neuroscience and ophthalmology, focuses on diseases that affect blood vessel growth in the eye. Normally, blood vessels in the eye bring nutrients to the retina, but in conditions such as Norrie disease, not enough blood vessels grow in the eye, which starves the retina and leads to blindness. Researchers in the Nathans lab transplanted retinas from mouse models with Norrie disease to a petri dish and found that the cells, when given proper nutrients, regain the electrical pulses of a functioning retina. Their discovery—demonstrating that neurons enter a “sleep” mode when starved, then return to normal when given nutrients—holds promise not only for neurons in the eye, but also for stroke victims who have lost brain function when neurons enter “sleep” mode due to lack of nutrients during a stroke.