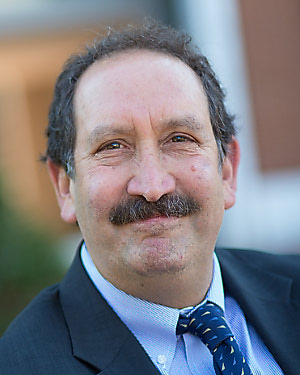 Engineering the Future of Medicine

Michael I. Miller is the Bessie Darling Massey Professor and Director of Biomedical Engineering at Johns Hopkins University. He is also co-director of the Kavli Neuroscience Discovery Institute.

As a biomedical engineer who specializes in data science, Dr. Miller is pioneering cutting-edge technologies in computational medicine to understand and diagnose neurodegenerative diseases. His research focuses on the functional and structural characteristics of the human brain in health and disease, including Huntington’s disease, Alzheimer’s disease, dementia, bipolar disorder, schizophrenia, and epilepsy. By developing new tools to analyze patient brain scans, derived from advanced medical imaging technologies, Dr. Miller aims to predict the risk of developing neurological disorders years before the onset of clinical symptoms. His lab is currently devising cloud-based methods to build and share libraries of brain images—and the algorithms used to understand them—associated with neuropsychiatric illness. Dr. Miller’s research is highly translational, and he has co-founded four start-up companies in the past decade.

Dr. Miller has co-authored more than 300 peer-reviewed publications, as well as two highly cited textbooks on random point processes and computational anatomy. He has received numerous awards for his work, including the national Institute of Electrical and Electronics Engineers (IEEE) Biomedical Engineering Thesis Award, the Johns Hopkins Paul Ehrlich Graduate Student Thesis Award, and the National Science Foundation (NSF) Presidential Young Investigator Award. He was named an inaugural Johns Hopkins University Gilman Scholar in 2011 for demonstrating a distinguished record of research, teaching, and service. He is an elected Fellow of the American Institute for Medical and Biological Engineering and the Biomedical Engineering Society.

Dr. Miller’s early work with Murray Sachs on neural codes provided the first complete representation of voiced pitch and stop consonants in the brainstem. These codes formed the basis for signal processing in modern cochlear implants, arguably the most successful neuroprosthetic device to date as they allow many children with profound hearing loss to participate fully in mainstream society. Dr. Miller continued these efforts in brain mapping by developing computational tools to understand and predict how anatomical changes in the medial temporal lobe and other subcortical structures lead to the development and progression of neurodegenerative diseases such as Huntington’s and Alzheimer’s. The field of computational anatomy grew out of Dr. Miller’s work as a modern way to derive sensitive biomarkers of disease from metrics of anatomy obtained by clinical imaging. Dr. Miller and his colleagues were the first to show that clinical MRI can detect medial temporal lobe pathology for staging of Alzheimer’s more than 10 years before symptom onset. This translational work influenced the diagnostic criteria for Alzheimer’s disease developed by the NIH in 2011 and offers the promise that preclinical disease can be predicted and managed via non-invasive clinical imaging.