Life in Baltimore and Maryland 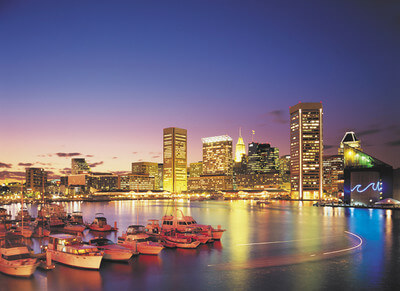 Baltimore offers a unique blend of historic charm and urban vitality. From the dynamic Inner Harbor to the rolling horse estates on the edges of the city, Baltimore is a diverse community for people of all backgrounds and interests.

The Johns Hopkins Hospital is located one mile from Baltimore’s beautiful Inner Harbor, which features the National Aquarium, the American Visionary Art Museum, Fort McHenry, the Maryland Science Center, and the shops and restaurants of Harborplace. The Inner Harbor is easily accessible via the subway system, which connects the hospital to downtown and several other neighborhoods.

The city offers numerous cultural attractions including world-class museums, the acclaimed Baltimore Symphony Orchestra, the Baltimore Opera, the Hippodrome Theatre, and several other music and theater venues. The Peabody Conservatory of Music, part of The Johns Hopkins University, presents concerts throughout the year. Concerts at the MECU Pavilion, the Royal Farms Arena and the nearby Merriweather Post Pavilion run the gamut from swing to jazz, from country to rock. A number of smaller independent venues host local and up-and-coming performing artists and theatre companies.

The city also has many vibrant neighborhoods rich in history and culture—great places to live, work and socialize.

Food and fun are available in many areas of Baltimore. Whether you’re craving hamburgers, crab cakes, sushi or tacos, you’re likely to find it nearby. From trendy new restaurants, established and award-winning classics, cuisines from around the world, and breweries to pop-ups and food halls—Baltimore has it all. There are nightclubs and bars with a variety of music and character in neighborhoods such as the Inner Harbor, Fell’s Point, Hampden and Federal Hill. Visit baltimore.org for locations and descriptions of area restaurants and nightlife.

There are numerous attractive and affordable places to live within easy commuting distance of The Johns Hopkins Hospital. Throughout the city, many older neighborhoods, each with a distinct character, have been carefully restored and offer a diverse mix of housing to rent or buy. For those who prefer a more suburban environment, there is a variety of residential communities within a 20-minute commute of the East Baltimore campus of Johns Hopkins. You can even live in a completely rural setting within 45 minutes of the hospital, or join those faculty members and residents who live on the water in Annapolis and beyond. 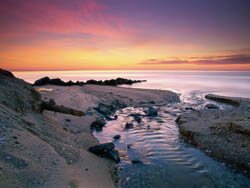 Maryland is one of the most geographically diverse states in the country, from the Eastern Shore beaches to the Chesapeake Bay to the Appalachian Mountains. There are great opportunities for boating, fishing, sailing, kayaking, kiteboarding and all other water sports on the state’s rivers and lakes, with easy access to the bay and the ocean; the beaches of Ocean City, Maryland, Rehoboth Beach, Delaware, and Cape May, New Jersey, are easy day trips from Baltimore. Hikers, mountain bikers and campers will enjoy the hills and woods, local parks, such as the Patapsco Valley State Park, and nearby national parks, such as the Shenandoah National Park. In addition, there are many scenic wineries and breweries dotting the countryside.

The state is at the center of our country’s history; Baltimore is home to almost 300 locations listed on the National Register of Historic places, and Fort McHenry inspired Francis Scott Key to write the poem that eventually became the Star-Spangled Banner. Washington, D.C., is less than an hour away from Baltimore and boasts world-class museums, monuments and educational institutions. Historic Annapolis is the home of the United States Naval Academy and annually presents the largest sailing and motorboat show on the East Coast. The Civil War battleground of Gettysburg, Pennsylvania, is nearby, and Mount Vernon and Williamsburg, Virginia, are easy day trips for Colonial history fans.

Baltimore is ideally situated to explore the best of the East Coast. Philadelphia and New York are easy to reach via road or train; nearby West Virginia is great for fans of serious outdoor adventure, with world-class skiing, climbing and white-water rafting; and the Poconos, Kitty Hawk, Hershey, Fallingwater and numerous other attractions are only hours away.