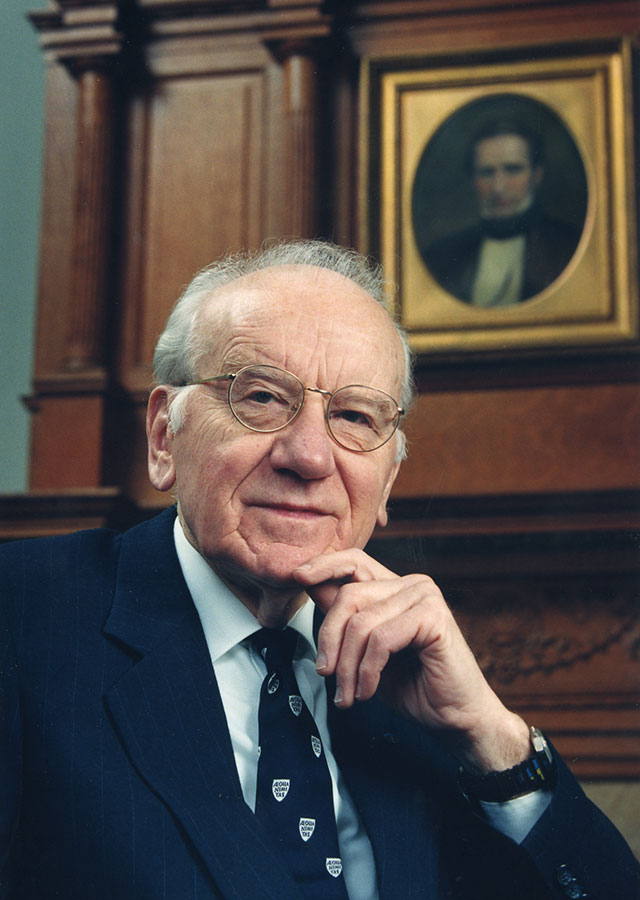 "The most important change in the department of medicine under (Chair of Medicine Victor) McKusick may have been the successful transformation of the residency training program into the Firm System. This plan, which was inaugurated in 1975, divided the medical service into four equal units. The idea had come to Hopkins through its faculty exchange program with Guy's Hospital in London, where a similar plan was in effect. Each firm--Barker, Janeway, Longcope, and Thayer--had its own chief resident, known as the "Assistant Chief of Service" (ACS), its own housestaff, and its own space in the hospital. The four firms divided the medical service--and the multitudinous tasks of the chief residents--into units of manageable size for teaching, clinical care, and career guidance.

The system was designed, furthermore, to accommodate residency training to the changing pattern of medical financing while preserving the degree of responsibility characteristic of the traditional Osler residency program. The resident physician had long had a faculty appointment and a key role in teaching medical students as well as junior house officers, but the new system made the chief residents in medicine members of the "active staff" and physicians of the Johns Hopkins Hospital. The primary innovation of the Firm System was that it delegated as much responsibility to the chief residents as to the other members of the active staff--all the duties and privileges of "physicians of record." The system also improved the continuity of care (and the educational benefits of long-term follow-up) by specifying that patients remain with the same firm for both inpatient and outpatient care."