Nurses Ponder the Significance of the Nation's Most Coveted Nursing Award 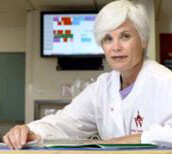 Sitting among fellow newcomers on her first day of orientation, Leonie Farrington listened in confusion while a veteran nurse explained that her new employer, The Johns Hopkins Hospital, was a Magnet nursing institution. "I had never heard of Magnet before," recalls Farrington, who’d worked as a nurse in her native Ireland, and later in Canada, for the past 12 years. "But I knew it was something wonderful, because everyone seemed to be incredibly proud."

Stories like Farrington’s aren’t uncommon. Despite a nationally growing emphasis on achieving and maintaining Magnet status, there are still many nurses— whether because of age or education—who remain unfamiliar with what the term means. "I know the hospital’s changed over time, but I don’t know how," says new labor and delivery nurse Michelle Frances, who, two years into her first nursing job, is still learning the significance of Magnet status. "I think the older, more experienced nurses should talk about what things were like before we became Magnet. What’s changed? What’s different? Sometimes if you know what exactly it is you appreciate, you appreciate it that much more."

For Farrington, Magnet remained a mystery until last year, when her nurse manager asked that she represent her unit on the Magnet Ambassador Committee— a team of 77 nurses, one per unit, charged with educating their coworkers about maintaining the Hospital’s Magnet status. "Once I learned more about it, I saw that it was a really special thing," Farrington says. "I was honored that people would think I should be a part of that."

Awarded by the American Nurses Credentialing Center, Magnet designation first entered the health care scene in 1990 as a means of recognizing hospitals that offer excellent nursing care. Since then, only 258 of the nation’s 7,569 hospitals have received the honor, and only one in Maryland—The Johns Hopkins Hospital, which applied for and received the designation in 2003. This year, the Hospital’s Magnet status is up for review.

"Nursing has always had a strong presence at Hopkins," says Magnet ambassador Martha Conlon, an NC-III in the Wilmer Eye Care Pavilion. "Receiving Magnet designation really proves that the nursing care here is above and beyond."

Nurses whose careers are just beginning at Hopkins have a shorter point of reference when it comes to appreciating the value of working at a Magnet hospital. Veteran nurses, however, have firsthand knowledge.

Twenty or 30 years ago, "there wasn’t as much interaction between nurses," says Martha Conlon, a 28-year nurse and NC-III in the Wilmer Eye Care Pavilion. "Today, nurses really take much more responsibility for themselves. We develop our own standards and policies, have more interaction with other departments and focus more on furthering our education."

The starkest difference between past and present-day nursing exists in the care environment. Back then, Conlon says, nurses sometimes had more than a dozen patients in their care and, as a result, their duties were much different.  Nurses were often more task-oriented and focused on basics like assisting patients with bathing and changing bandages. Because no one returned home with their sutures still in, patients stayed in the hospital longer, and there was little coordination between inpatient and outpatient practices.  And while such interactions allowed nurses to build strong relationships with patients, they also prevented nurses from taking on the academic and leadership-oriented roles that are so prized at Hopkins.

"I’ve definitely seen the other side of the fence, and it’s very different," explains Farrington, whose nursing experience in Ireland offers a vivid example of a nurse’s role in a non-Magnet institution. "I think if you start out at Hopkins, it’s probably easy to believe that nursing is the same everywhere," she says. "But it’s not, it’s truly not."

In Ireland, where Magnet rankings don’t exist, she says, nurses have less authority and autonomy over their practices. Their opinions carry little weight with physicians, research opportunities are scarce, salaries are lower and nurses are often viewed as non-influential, matronly figures—hardly the integral role they play at Hopkins.

"Back home you could go for years and never have the opportunities you have at Hopkins," Farrington says. "For me, it’s very exciting to constantly be told, you can do all of these things."

The situations that Farrington remembers from her years in Ireland are similar for nurses in non-Magnet U.S. hospitals. Conlon, for example, describes the job of a colleague she knows who doesn’t work at Hopkins: "She’s a nurse manager, and she has to do everything. She’s auditing charts, doing evaluations, managing the finances. One person can’t possibly do all that work and still maintain her patient practice."

Now that she’s accustomed to working in a Magnet hospital, Farrington can’t imagine going anywhere else. "I came here and found a totally different nursing environment," she says. "I don’t think I could ever go back."

The reasons are all Magnetic.

There are 14 "Forces of Magnetism," requirements that an institution must meet to be considered for the honor. Among them are strong leadership, supportive management, promoting nurses as educators and providing opportunities for professional development—all a prevalent part of Hopkins nursing culture. With an extensive list of hospital-sponsored classes, as well as a tuition reimbursement program, Hopkins nurses receive numerous opportunities to extend their education and receive promotions. They also take part in research and serve on important committees. And, most importantly, their opinions matter to the rest of the care team.

"If you’ve never worked anywhere else, you might think, Isn’t every place like this?" says Lisa Phifer, Pediatrics’ director of nursing, "And the answer is no. No, no, no, no. There are only about 250 hospitals in the country like this."

The ANCC doesn’t just hand out Magnet designations to institutions based on reputation alone, nor is the title bestowed without considerable effort made by the institution in question. Hospitals must take the initiative upon themselves, and the process can take a full year or longer. Furthermore, earning Magnet status once is no life-time guarantee. Some institutions have found themselves stripped of their Magnet title upon re-evaluation, which is required every four years.

When the ANCC first announced the new credentialing system in 1990, Hopkins’ nursing department leadership thought little of it. "We decided we didn’t need that level of designation," says Phifer. "We felt like we already met the criteria and didn’t have anything to prove."

Over time, though, a question kept arising among job applicants and competing hospitals: Why wasn’t Hopkins a Magnet nursing organization? Nursing students and veterans alike were beginning to look at Magnet designation as a must-have for their employers, and a growing—albeit still small— number of hospitals across the country were seeking and receiving the title. So in 2003, Phifer says, Hopkins decided to do the same.

"The opportunity to validate that we did indeed meet Magnet nursing standards was a wonderful journey," Phifer recalls. "We looked at every single standard and said, Yes, we do that. And we could give specific examples." Unlike some institutions that need two or three attempts before they make the cut, Hopkins was granted Magnet status on its first try. Now, Phifer says, the task is to keep it.

While administrators assemble the thousands of pages of paperwork needed for the re-designation application, Magnet ambassadors are holding monthly meetings with co-workers to build enthusiasm and talk about how to prepare their units for the inevitable site visit—when a Magnet investigator comes to the Hospital to conduct an inspection. Phifer has no doubt that their hard work will once again pay off.

"Our staff nurses shine, they just shine," Phifer says. "Part of the beauty of our receiving Magnet status the first time was that we didn’t have to do or change anything to achieve it. It’s part of who we are—Hopkins nursing equals Magnet nursing."

Magnet designation first emerged in 1990 as a way to recognize hospitals that suc-cessfully attracted and re-tained high-quality nurses, even during periods of nurs-ing shortages. At Hopkins, a quick read of the Depart-ment of Nursing’s 2006 R.N. satisfaction survey shows why the Hospital measures up.

Called the National Data-base of Nursing Quality In-dicators, the survey polls more than 76,000 nurses across the country to deter-mine their overall job satis-faction, monitor their progress through the years, and evaluate how individual institutions compare to their competitors. With the pre-dicted shortfall in nurses, it’s an important question, par-ticularly for any hospital hoping to improve its re-cruitment. Fortunately, Hop-kins made a good showing— receiving high scores that fared above the national av-erages in most categories.

"This is one of the most important assessment tools we have," says Nursing Vice President Karen Haller. "It’s so gratifying to see that we didn’t have any low scores, and in many areas we saw improvement."