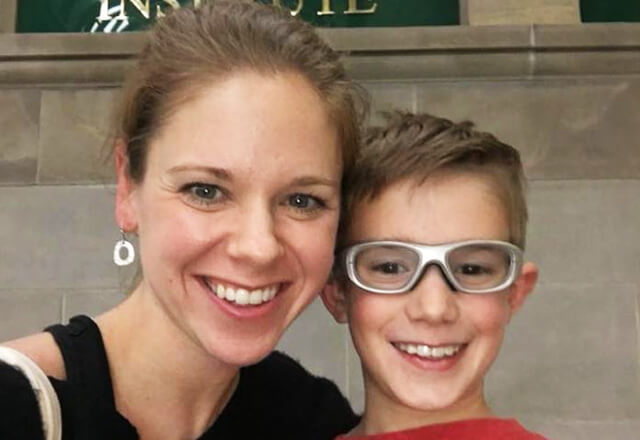 In 2013, soon after his 5th birthday, Sean Smole went to his ophthalmologist for a regular eye exam, and the doctor found nothing amiss. He was challenged by a slight astigmatism, requiring him to wear glasses since age 2, but he was otherwise a relatively healthy child. Just 10 months later, he was blind in his right eye and diagnosed with Coats’ disease, a rare eye disease in which blood vessels in the retina leak blood and fluid into and behind the retina, often leading to blindness.

Because Coats’ disease typically strikes children, it often goes undiagnosed until it is too late. Sean had said nothing to his mother.

"Our whole world changed in an instant. We raced to Wilmer. And I played Mama Bear,” says Sean’s mother, Barbi Smole.

An eye with Coats’ disease will appear yellow in a photo.

At Wilmer, Sean was placed in the care of ophthalmologists James Handa, M.D., and Michael Repka, M.D. Handa performed a series of laser surgeries on his eye to stanch the flow of fluid into his retina. With the root cause under control, Sean underwent a series of procedures to regain as much sight in his eye as possible.

His care included wearing a patch over the good eye to force the weakened eye to perform. Repka monitored him for the common side effects of amblyopia and strabismus, commonly known as lazy eye and wandering eye.

Often, with Coats’, the bad eye just shuts off development of vision in the brain, Handa explains. The brain learns to use only the good eye. It’s a natural adaptation. As his retina improved, we put a patch on Sean’s good eye to force the brain to switch to the bad eye to strengthen it. The brain has this wonderful plasticity to recover.

If Coats’ disease is caught soon enough, some vision can be restored. Sean’s mother calls him a miracle child; his vision in the affected eye has returned to 20/50. That is good enough to allow him to get a driver’s license when he turns 16, Handa says, even if he loses some vision in the good eye.

Sean was lucky. He had attentive, proactive parents. They knew something was wrong, and they acted, Handa says.

As remarkable as Sean’s good fortune and excellent care were, however, the story was only beginning.

They’ve become a sort of family. They know your name. They’re excited to see you. It’s things like that: the care, the interest. They really will take care of you. Beyond your child.

It turns out that Barbi was no stranger to Coats’ disease. Her cousin had suffered a similar fate 10 years earlier. She was disheartened to learn that the treatments, drugs and alternatives for Coats’ sufferers had not changed in the intervening decade.

“That doesn’t make sense. We can change that,” she recalls thinking.

From there, Barbi’s instincts took over: “We got the ball rolling.” She soon founded the Curing Coats Fundraiser and began planning annual events with her husband, Kevin, and her children: Samantha, Sydney and, of course, Sean. The first, a “big ol’ party,” was hosted at her home. It included beverages and desserts, as well as a silent auction. Now, the event boasts donated food trucks, live music and a raffle.

Since establishing the Curing Coats Fundraiser in 2014, the Smoles’ four events combined have produced nearly $85,000 in donations directly to Wilmer, in their effort to support Coats’ disease research.

“We did it all just by reaching out to friends and family,” Barbi Smole says. 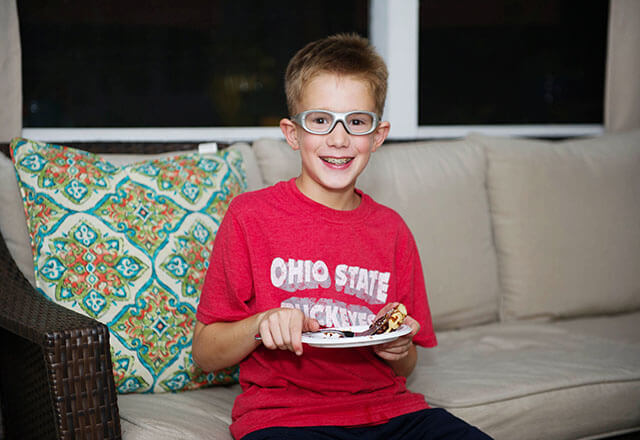 Sean enjoying a treat at the Annual Curing Coats' Fundraiser in October 2017. 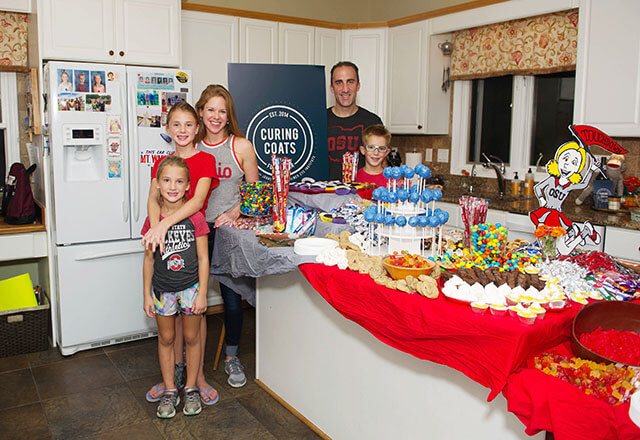 The Smole family gets ready for their 2017 Curing Coats Fundraiser to benefit Coats’ disease research at the Wilmer Eye Institute. 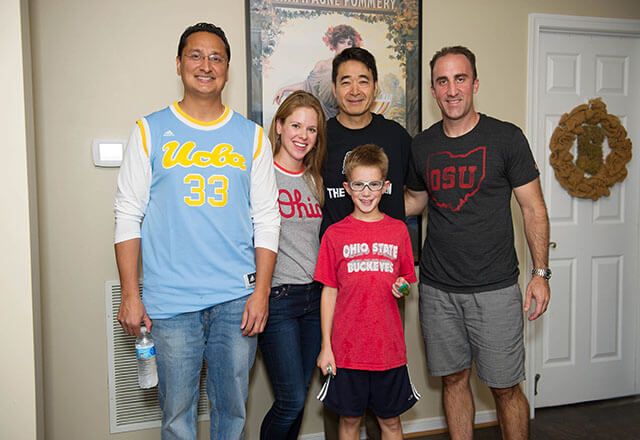 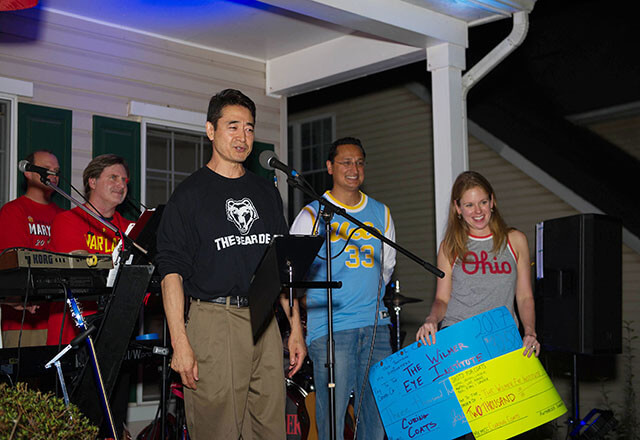 James Handa addresses the crowd at the fundraiser.

An Uncommon Collaboration for Retinal Research

Akrit Sodhi, M.D., Ph.D., assistant professor of ophthalmology at Wilmer, is an expert in the complex biochemistry of the retina. He has been on the trail of gaining a better understanding of what causes diseases such as Coats’ to help develop the very latest treatment options available.

Coats’ is rare and therefore little studied, but that’s where the Smoles really helped. They have raised some funding to start research, but more than that, they have raised awareness of Coats’Sodhi says.

In particular, Sodhi has been focusing on the chemical pathways in the eye that cause the body to create new blood vessels, leading to dangerous leakages in the retina. His lab has enjoyed some success and has published papers on why blood vessels grow and leak in diabetic eye disease, but the Smoles’ fundraising will help him hire a study coordinator to assist in collecting and studying fluid samples specifically from patients with Coats’ disease.

Sean Smole with Akrit Sodhi, who is researching chemical pathways in the eye that lead to dangerous leakages in the retina, such as those that occur in patients with Coats’ disease.

Sodhi hopes to attract corporate partners to help drive this research forward. Beyond helping children lead healthier lives, there is additional promise for the work: Coats’ disease shares similarities with the types of blindness experienced in patients with other diseases, including diabetic eye disease and wet macular degeneration — holding out the potential that discoveries made while researching Coats’ might apply to more common forms of blindness.

For now, however, the doctors providing Sean’s care and searching for a cure for Coats’ stand in awe of the force that is Barbi Smole. We are very fortunate that there are many generous patients out there who want to contribute to research. What’s not common is for someone to start a foundation and to fundraise all on her own and do such an effective job at it, Sodhi says. But I think I would use any word other than common to describe Barbi Smole.

Sean has the world’s greatest parents… they are just an unbelievable family. She (Barbi) noticed something was wrong early on. Early detection. Timely treatment and intervention. The rehabilitation process. Putting everything together, we were very fortunate to get good results. 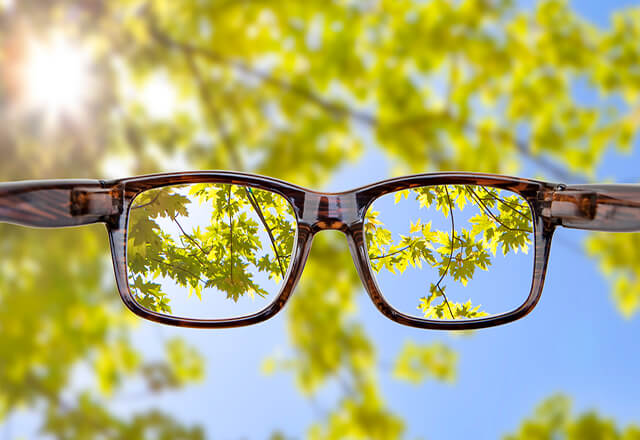 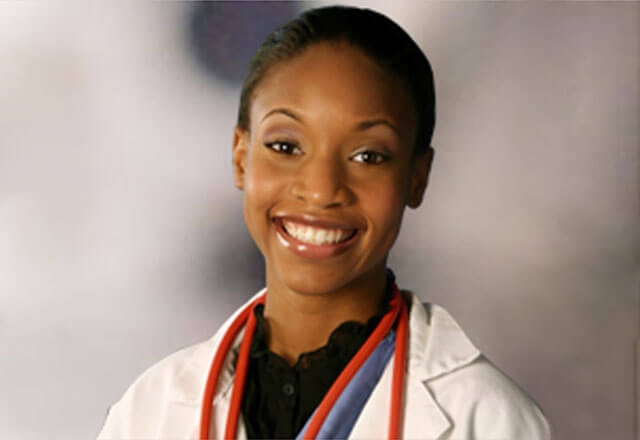