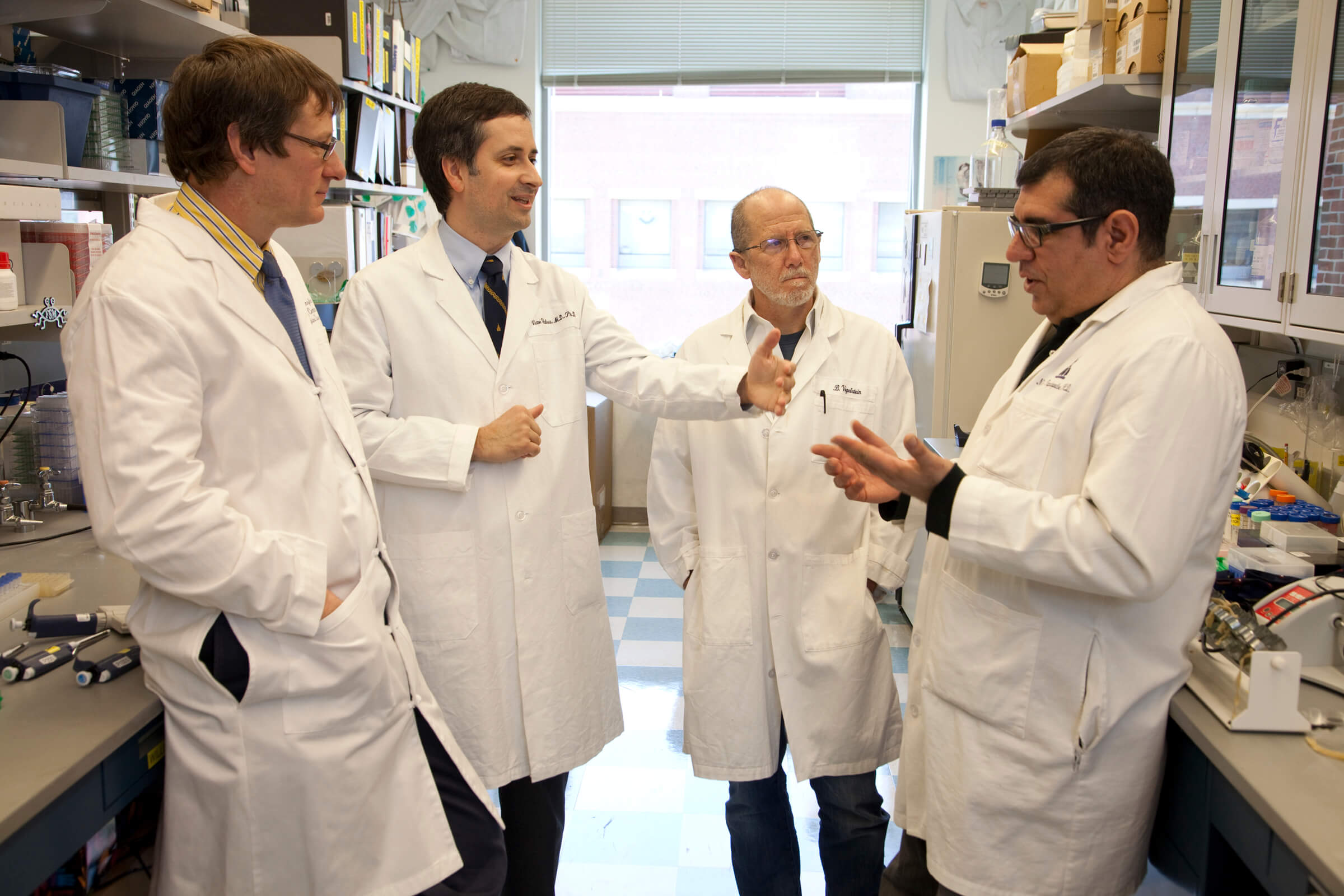 The $20 million-plus gift from Ludwig Cancer Research proved to be another aturning point for the team. The Ludwig funding allows the team to pursue gene sequencing on a massive scale and, once again, to lead the world in making pioneering cancer discoveries.

The Ludwig Center team had already revealed to the world that cancer was a genetic disease and uncovered some of the genes involved. Now, cancer type by cancer type, they would study every gene in the cancer genome and lay out a specific blueprint of the alterations that caused each cancer to start, grow and spread. “For the first time in the history of medicine, we had the technology to define the mistakes in that genetic code that occur in human cancers,” explains Kinzler.

Learn about the Ludwig Center at Johns Hopkins.

The discoveries that led the world to understand that cancer is a genetic disease unfolded one by one in the molecular genetics laboratory of Bert Vogelstein, Kenneth Kinzler, Nicholas Papadopoulos, Luis Diaz and Shibin Zhou — since 2006 known as the Ludwig Center at Johns Hopkins.