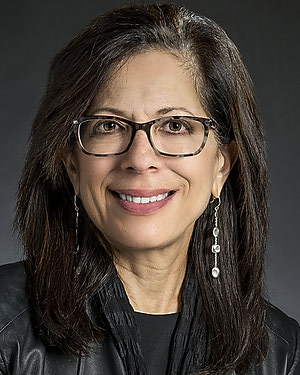 
We identified >40 proteins that elicited at least a 2-fold increase in antibody response post-pancreatic-cancer vaccination, from each of three patients' sera. The antibody responses detected against these proteins in patients with >3 years disease-free survival indicates the anti-tumor potential of targeting these proteins. We found that tissue expression of proteins PSMC5, TFRC and PPP1R12A increases during tumor development from normal to pre-malignant to pancreatic tumor. In addition, these proteins were shown to be pancreatic cancer-associated antigens that are recognized by post-vaccination antibodies in the sera of patients that received the vaccine and have demonstrated a favorable disease free survival.


Mesothelin can be used as an immunotherapeutic target. It induces a cytolytic T cell response. Portions of mesothelin which induce such responses are identified. Vaccines can be either polynucleotide- or polypeptide-based. Carriers for raising a cytolytic T cell response include bacteria and viruses. A mouse model for testing vaccines and other anti-tumor therapeutics and prophylactics comprises a strongly mesothelin-expressing, transformed peritoneal cell line.


AnnexinA2 (ANXA2), a member of the Annexin family of calcium-dependent, phospholipid binding proteins, is one of a panel of identified antigens recognized by the post-vaccination sera of patients who demonstrated prolonged disease-free survival following multiple vaccinations. AnnexinA2 is abundantly expressed in pancreatic adenocarcinomas and cell surface/membrane AnnexinA2 increases with the progression from premalignant lesions to invasive pancreatic adenocarcinomas. The cytoplasmic to cell surface translocation of AnnexinA2 expression is critical for pancreatic cancer cell invasion. In addition, phosphorylation of AnnexinA2 at Tyrosine 23 is important for its localization to the cell surface and for the invasion of pancreatic cancer cells. Finally, loss of AnnexinA2 leads to the loss of the Epithelial-Mesenchymal Transition.


This invention relates to the identification of prostate stem cell antigen (PSCA) as a target of clinically relevant antitumor immune responses. The invention provides vaccines comprising PSCA, or fragments thereof, which are useful in inducing antitumor immune responses, including PSCA specific CD8+ T cell responses. Methods of using the compositions to treat cancer are also provided. The invention further provides methods of identifying compounds useful in antitumor vaccines and methods of assessing the responses of patients to cancer immunotherapy.


Mesothelin can be used as an immunotherapeutic target. It induces a cytolytic T cell response. Portions of mesothelin which induce such responses are identified. Vaccines can be either polynucleotide- or polypeptide-based. Carriers for raising a cytolytic T cell response include bacteria and viruses. A mouse model for testing vaccines and other anti-tumor therapeutics and prophylactics comprises a strongly mesothelin-expressing, transformed peritoneal cell line.