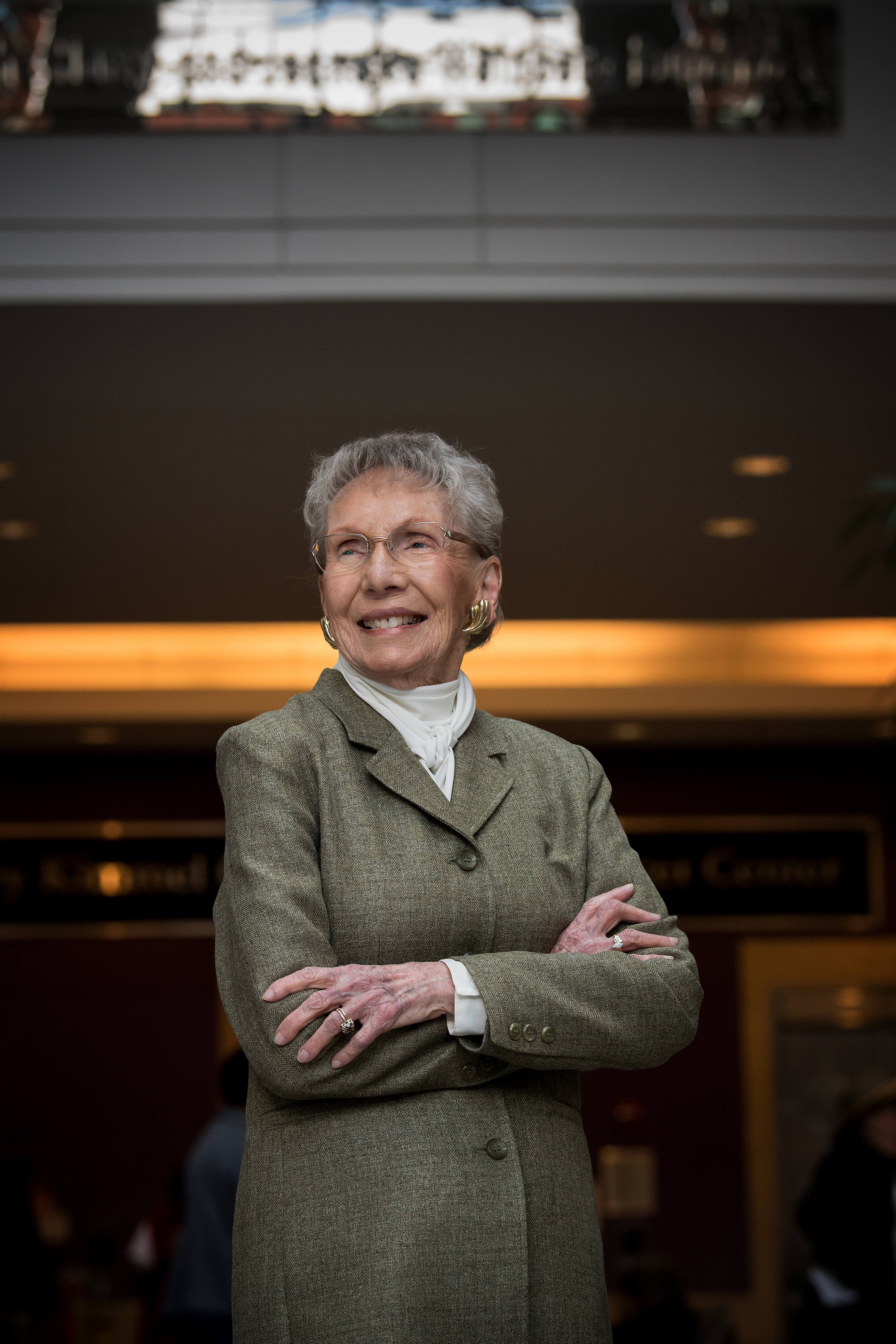 Margaret is energetic and engaging. At 92-years-old, she is mentally sharp and physically active. She is an avid reader, walks for 45 minutes each day, takes strength training and balance classes and volunteers in her community.

In 2016, a bump on the back of her neck threatened to change all of that. What Margaret and her doctor thought was a simple cyst turned out to be a rare and aggressive form of skin cancer called Merkel cell carcinoma. Her surgeon recognized the seriousness of the diagnosis and advised her to get to Johns Hopkins right away.

Standard chemotherapy works in about half of Merkel cell patients, but responses are often short-lived, with cancers recurring after just a few months.  Side effects from chemotherapy are common and difficult for many patients and can be even more troublesome for older patients. This was a major concern for Margaret. “At my age I had no interest in going through chemotherapy,” she says.

“This is the type of therapy you can offer to a 91-year-old patient because I knew it was well tolerated. The chances of a major side effect were low, and there was a very good chance that it would help her in a meaningful way.  There was no reason not to try it,” says Dr. Sharfman.

Two of Margaret’s grandchildren were graduating college, and she had plans to attend.  Not even cancer was going to stop this devoted grandmother from these events, but once the graduations were over, Margaret began immunotherapy, receiving 30-minute infusions of the drug every three weeks in the outpatient clinic. 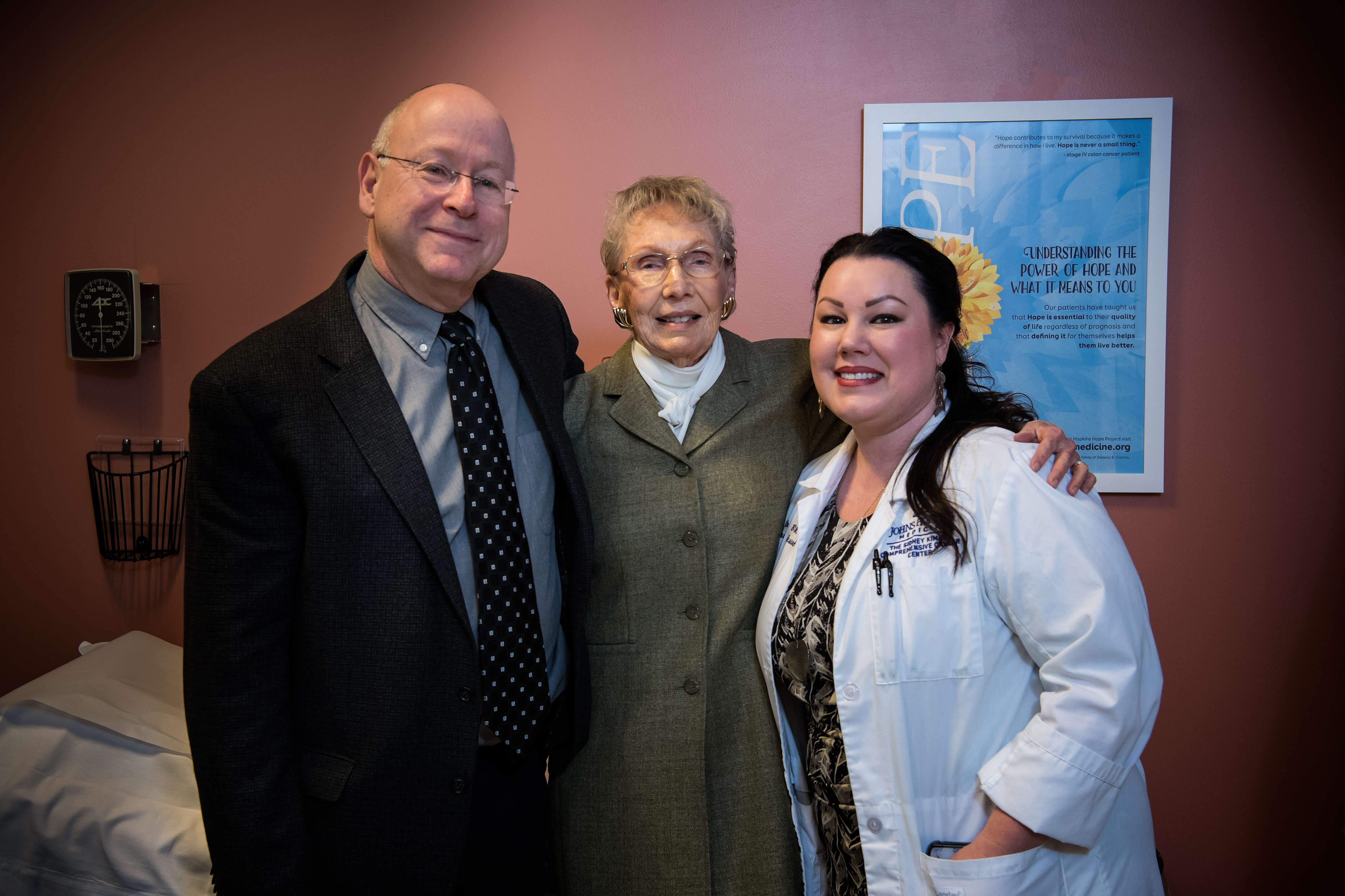 “My children and I cannot say enough good things about Dr. Sharfman, my nurse Trish Brothers, and really all of the people at the Kimmel Cancer Center.  We have been so impressed. My son has worked with many hospitals and he says he has never seen such a wonderful culture,” says Margaret. “There are no words to express how grateful we are.”