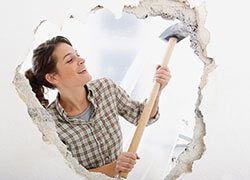 The fight against cancer is a battle inside the body, where cancer cells put up shields that prevent immune cells—the body’s line of defense—from attacking tumors.

But research being led by Johns Hopkins is targeting weapons that help immune cells fight back, offering new hope for people who have cancer.

“We’re researching how to activate the immune system to recognize and destroy cancer,” says Suzanne L. Topalian, M.D., director of the Melanoma Program at the Johns Hopkins Kimmel Cancer Center.

Johns Hopkins researchers have been studying a new drug, called anti-PD-1, designed to penetrate the shield created by cancer cells, so the body’s immune cells can do their job of destroying tumors.

In one phase of the clinical trial, the researchers reported extremely promising results in people who had melanoma, the deadliest form of skin cancer, as well as people who had advanced lung and kidney cancers.

The study also showed many tumors that shrank or disappeared stayed that way—even after people stopped receiving the drug, which is delivered by injection on an outpatient basis.

The final stage of research that’s required for approval by the U.S. Food and Drug Administration is now underway. Approval for the drug could come within two years.

According to Suzanne L. Topalian, M.D., director of the Melanoma Program at the Kimmel Cancer Center, Johns Hopkins led the study because it treated a large number of people and performed key scientific studies related to the treatment.

“There’s a lot of work that brought us up to this point,” Topalian says, referring to decades of research in cancer immunology and immune-based therapy at Johns Hopkins. “When it’s complete, this work will have taken more than 20 years.”