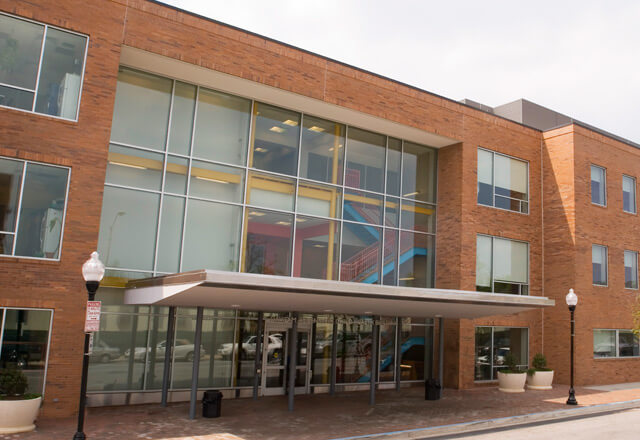 Parking is provided for patients on the lower level (Level 1) in the Orleans Street Garage.