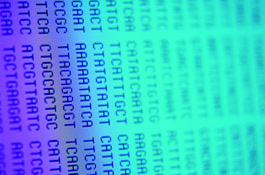 The Epigenetics Center of the Institute for Basic Biomedical Sciences is bringing together an outstanding team of multidisciplinary investigators to explore the epigenetic basis of normal development and disease. One of the Center’s major goals is to develop novel technology that will provide cutting edge tools to the Hopkins community allowing our scientists to make the first discoveries in this exciting frontier.

Understanding how the information in the human genome is utilized is one of the central questions in modern biology. It has become clear that a critical level of gene regulation occurs through the chemical modification of both the DNA itself and the proteins that organize eukaryotic DNA into chromatin. This form of gene regulation, termed epigenetics, refers to cellular "memory" other than the DNA sequence alone, and occurs through mechanisms involving chromatin modification and remodeling.

The last decade has brought several profound insights into mechanism, and excitement about the application of epigenetics to biology and medicine generally. For example, we now know that chromatin is not simply in an “active” or “compact” state with nonspecific involvement of histones, but that the histones show specific posttranslational modifications with information content.

Insight into epigenetic mechanism is also having a substantial impact on translational biology. This began twenty years ago in cancer biology, with the discovery of altered DNA methylation in cancer. Exciting recent data suggest that epigenetic changes in normal tissue may precede and predispose to cancer, similar to the way that altered lipid metabolism may predispose to heart disease decades before it arises. For other diseases, despite extensive linkage and association studies mapping common diseases to specific chromosomal regions, mutations in these genes occur rarely. For these reasons, there is a growing consensus that epigenetic changes (allele-specific silencing, methylation, chromatin modification) also play a major role in non-neoplastic disease. Neuropsychiatric disease in particular appears to involve epigenetic factors, based on parental-origin specific linkage studies in bipolar disease and autism, and also because Rett syndrome, which involves progressive cognitive impairment beginning in early childhood, is caused by a deficient methylation recognition protein, leading to chromatin alterations in the brain. Another biological process in which epigenetic mechanisms appear to operate is the genetic control of life span.

Despite these advances, most of the great questions in epigenetics remain to be solved. For example, is there really a histone code—a specific combination of posttranslational modifications in histones that specify gene function and that is copied during DNA replication?  Although dozens of posttranslational modifications of histones have been identified, as well as their effect on gene expression, only some of their recognition and modifying proteins have been identified. We still have not identified a biochemical mechanism for propagating these modifications to daughter cells during mitosis. Furthermore, methylation of histones, like DNA methylation, is a relatively stable change. While some mechanisms have been found for a particular type of histone demethylation, no DNA demethylase has yet been found.

Another outstanding question is, how is gene regulation controlled by noncoding elements—sequences within introns or even at considerable distances from the genes they regulate? Amazingly, 80 percent of human sequences highly conserved across evolution do not encode exons or lie within the promoters of known genes. At least half of these are rich in CG dinucleotides and potentially methylated.

How does the life cycle of the epigenome regulate development? The epigenome, or the total state of epigenetic modification of genes in a cell, differs markedly between the two gametes and shows great plasticity after fertilization and again at implantation and during organ development. In contrast, the DNA sequence itself changes very little, with the important exceptions of the telomere and immunoglobulin gene rearrangements. How do these epigenetic changes program or maintain differentiation? While we now know a great deal about genes that specify developmental pathways, we know comparatively little about how these epigenetic programs are maintained or modulated by the environmental cues and how these signals target the biochemical complexes regulating gene expression.

The Epigenetics Center is home to the Center of Excellence in Genome Sciences (CEGS), a multidisciplinary highly innovative NIH-funded genome center in epigenetics, the only one of its kind in this country. The CEGS brings together investigators in genetics, psychiatry, epidemiology, and biostatistics to develop new technologies to apply to a population based approach to unravel epigenetic mechanisms, particularly as applied to disease. The CEGS is designed so that, in addition to its own discoveries related to the cause of disease, it will provide technological, statistical, and computational tools of broad general application to the scientific community. The Epigenetics Center provides a nidus for a number of highly interdisciplinary approaches including faculty within many of the basic science and clinical departments at the School of Medicine, the Bloomberg School of Public Health, and industry collaborators in biotechnology hardware development.