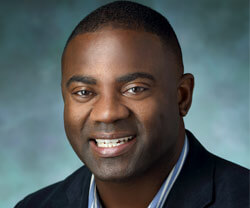 To continue the family tradition of military service—my father is a Vietnam Vet and my grandfather found in World War II— I joined the Army in 1993 as a private first class. I also joined the service for the adventure and to challenge myself. I was on active duty for six years, then joined the Reserves in 1999. I travel to Virginia Beach one weekend a month for civil training on humanitarian efforts, negotiations with foreign nationals and bridging cultural divides.

I did my basic training at Fort Know in Kentucky with Charlie Company 46th Infantry, and my first assignment was with the first of the 175th Infantry.  I originally planned to attend drill sergeant school, but my platoon sergeant encouraged me to consider Officer Candidate School.  I completed OCS in 1996—only one of a third to survive the 17 months of “brutal,” mostly mental training—and received my commission as a second lieutenant. Since that time I have served three tours in the Middle East—Iraq/Jordan in 2002, searching for weapons of mass destruction; in combat in Afghanistan and Kabul in 2010; and in Kuwait in 2011, supporting the active troops. One of the toughest decisions I had to make was to send troops—two of them friends—into Iraq, knowing they may not return. While deployed, I was promoted to the rank of major.  I’m currently the commander in the Reserves, of Charlie Company, 437th Civil Affairs Battalion out of Fort Story, Va.

Transitioning to civilian life is ripe with challenges. While deployed, the operational tempo is very fast paced and days are so transient that loss of time becomes a state of being. Coming home requires slowing down and reconnecting with family, friends and self.

While in the service, I learned project management skills with non-government organizations and working with contractors in a collaborative team environment. I also picked up people skills. The military fosters an undeniable ability to adapt and focus under the most stressful circumstances. The structure and order it teaches is valuable in process-oriented environments.  In my current role on the development team at Johns Hopkins HealthCare, I am responsible for a number of web applications, such as Sharepoint, and being adaptive makes wearing multiple hats simple. 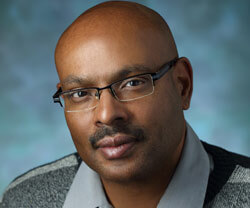 I joined the U.S. Navy in 1981, fresh out of high school. My first deployment was to Iraq for Desert Storm/Desert Shield, where I worked as a Navy reserve hospital corpsman, providing medical support of a reserve Marine unit. In 1986, after four years of active duty, I went into the Navy Reserve. This past February through August, I served in Afghanistan as an intensive care unit nurse at a 12-bed trauma hospital, mostly tending to soldiers’ head blast injuries and amputations.

As a seasoned, full-time ICU nurse who is married with three children and three stepchildren, the preparation for this seven-month tour of duty and time away from my family proved to be very challenging. When I returned, Howard County General Hospital’s ICU culture had changed. It took me time to get back in the routine and I missed the training and implementation of the Epic electronic medical record system.

As for skills gained in the military, nursing is nursing, but I learned leadership skills. My current rank is lieutenant commander, Nurse Corps officer with 19 years of military service. The military has enlightened me and matured me. I’ve gained a lot of benefits from it. I don’t regret it to this day. 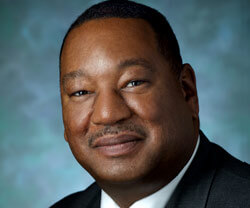 I was in my second year of college when I decided to take a break and join the U.S. Navy in 1984. I had every intention of returning to school, but I enjoyed what I was doing and eventually made serving my country a 24-year career. During that time, I earned an accelerated bachelors’ degree in health care management from the Southern Illinois University. That education gave me administrative experience to run a fleet hospital, triaging injuries from combat areas and tracking casualties.

I traveled to 17 countries, served aboard three ships and did a tour with the Marines. I was deployed in the Persian Gulf region from 1996 to 1999 for various missions in support of the no-fly zone over Iraq as part of Operations Desert Storm, Desert Shield and Desert Strike. I was in a coma for three days after I suffered a heat stroke during a combat training mission in December of 2003.

While still in the Navy, I began working at Suburban Hospital as a part-time pharmacy technician. I eventually became full-time and then took over management of the Pharmacy’s purchasing department. The problem-solving, analytical and management skills I learned in the Navy helped me transition into my current position as manager where I supervise 51 employees, including pharmacy techs and staff in operations, purchasing, inventory, supply and administrative services for the Pharmacy. I’m always thinking of better processes, achieving goals, and how to do more with less. My boss calls me “Mr. Contingency” because I always have a Plan B. We had to in the Navy. 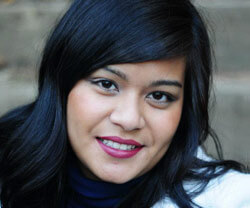 I joined the U.S. Air Force in 2006 and was stationed at Hill Air Force Base in Utah. I served as a supply management technician for six years and earned the rank of staff sergeant (E-5). I fulfilled a range of supply duties for both combat and peacekeeping missions.

I was deployed to Afghanistan from 2009 to 2010 in support of Operation Enduring Freedom. Although I am no longer active, I’m a military spouse, and we expect to relocate as a family to Laughlin Air Force Base in Texas.

The transition from military to civilian life was a unique challenge. You establish remarkable relationships within the military family, sharing common experiences, fears and passions not too well understood in the “outside world.” Still, it’s a very exciting opportunity to establish new memories and experiences with the Johns Hopkins family I’ve gotten to know during the past six months at JHCP where I’ve been coordinating patient appointments and correspondence at 12 of the 18 locations.

Contrary to what most believe about military discipline and protocol, we are not robots. The same critical skills and professional mental attitude we are infused with to ensure mission readiness and success are applicable to being a successful asset in the civilian workforce. 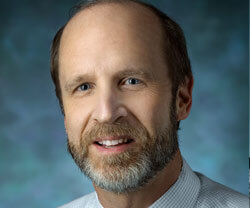 I was a captain in the U.S. Army’s Medical Service Corps. My time in service was during peace time and represented a very interesting period in American history.  In 1990, my assignment was at a field hospital in Vicenza, Italy, where I got to witness the unraveling of the Soviet Union, America’s last major adversary at that time, which signified the end of the 43-year Cold War. While in Italy, I was also the officer in charge of maintenance and supplies serving the Army’s 100-bed disaster and terrorist response hospital. Before that, I was assigned to the 4th Infantry Division in Fort Carson, Colo., as a medical officer.

The Army took an electrical engineering graduate and launched me into a career in medical logistics.  They gave me the experience I later used to manage medical responses for a humanitarian organization that sent me to Africa, Mexico and Eastern Europe. This career ultimately led me to my position as a clinical engineer at The Johns Hopkins Hospital.

My international military experience in medical equipment management was also valuable when I evaluated the equipment at Johns Hopkins Medicine International’s joint venture with Saudi Aramco. 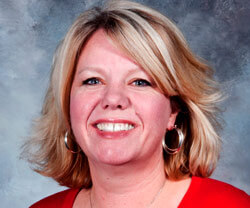 After earning an associate of arts degree in liberal arts, I considered several career options. In 1992, I decided to enlist as an active duty member of the Coast Guard. The Coast Guard is a 24/7, 365-days-a-year job during wartime and peace time. I liked their mission, which at the time focused on maritime safety and law enforcement. I served one term and achieved the rank of yeoman third class, a position that deals with administrative and personnel issues concerning pay, travel and transportation entitlements; benefits; and human resources management. My duty stations were in New Jersey, Arkansas and on the USCGC Morgenthau, which was based out of California.

I enjoyed my three years in the military but felt that it wasn’t the best fit for me at the time as a wife and mother. Fortunately, the transition back into civilian life was smooth, as the Coast Guard provided with marketable job skills and education benefits. I later used those benefits to earn my bachelor’s degree in business management. My military experience helped me develop strong organizational and problem-solving skills, and it gave me the ability to adapt and respond to constantly changing priorities.