Mollie Hudson and her husband, Rick, celebrated their 24th wedding anniversary in December 2016.

In January 2014, Mollie Hudson and her husband, Rick, were in Paris on the first day of their dream vacation: skiing in the French Alps. But instead of taking on challenging trails, the couple from North Muskegon, Michigan, found themselves facing a whole new set of obstacles.

While enjoying breakfast at their hotel before boarding a train to the ski resort, Mollie suffered a stroke. As a nurse practitioner, Mollie knew the signs of stroke. The dizziness, double vision and garbled speech she experienced were textbook symptoms.

“I suspected stroke, but thought I was too young,” recalls Mollie, who was 49 at the time.

After five days in a Paris hospital and two days resting at their hotel, Mollie was more than ready to get home to Michigan. Ignoring the doctor’s recommendation to stay in Paris for 30 days, she and Rick flew home. An appointment with her primary care physician led to appointments with an ophthalmologist and a neurologist because Mollie was still having headaches and balance problems.

Test results prompted doctors to consider moyamoya, a rare disease caused by narrowing of arteries at the base of the brain. Results from an angiogram confirmed the diagnosis.

Moyamoya means “puff of smoke” in Japanese and describes the look of the tangled mass of tiny collateral vessels that develops at the base of the brain when normal blood vessels narrow and become blocked. The new collateral vessels are the brain’s way of compensating for the blocked arteries and reduced blood flow. If enough collateral vessels don’t develop, repeated strokes occur. Surgery is the only way to provide more blood flow to the brain.

“I looked up moyamoya, and it was scary,” says Mollie. “I could see that the surgery was highly specialized and isn’t one that’s done with the frequency or expertise I wanted.”

The radiologist who had performed her angiogram told her that The Johns Hopkins Hospital was one of only two places in the United States with the most experience treating the disease. The neurosurgical team at the Johns Hopkins Cerebrovascular Center performs 80 to 100 surgeries each year for moyamoya and conducts research to learn new ways to treat the disease.

Mollie contacted Johns Hopkins USA, the hospital’s medical concierge service that helps patients outside of Maryland connect with Johns Hopkins specialists and treatment, and was referred to neurosurgeon Judy Huang, M.D. After reviewing Mollie’s medical records, Huang believed Mollie was a candidate for surgery and scheduled a pre-surgery consult for March 23, 2014, with surgery tentatively scheduled for March 26.

“It was less than three weeks to get in after my first call,” says Mollie. “I expected it to take at least a couple of months.”

Although Johns Hopkins USA helps coordinate transportation and lodging for out-of-town patients, Mollie and Rick drove from Michigan, staying overnight with Mollie’s brother and his wife in Pennsylvania, 2.5 hours from Johns Hopkins.

Reality of the Disease Hits

Unfortunately, while waiting in the hospital lobby the morning of her appointment, Mollie began having the same symptoms she experienced in Paris. She was having another stroke.

“It was France all over again,” says Mollie. “But I guess if you’re going to have a stroke, I was in the best place to have it.”

Mollie met Huang later that night, from a hospital bed.

“She came in at 9 o’clock and spent almost two hours with me, explaining the surgery, going over risks — everything,” recalls Mollie.

“We don’t disturb the previous collaterals,” explains Huang. “This surgery is a booster.” 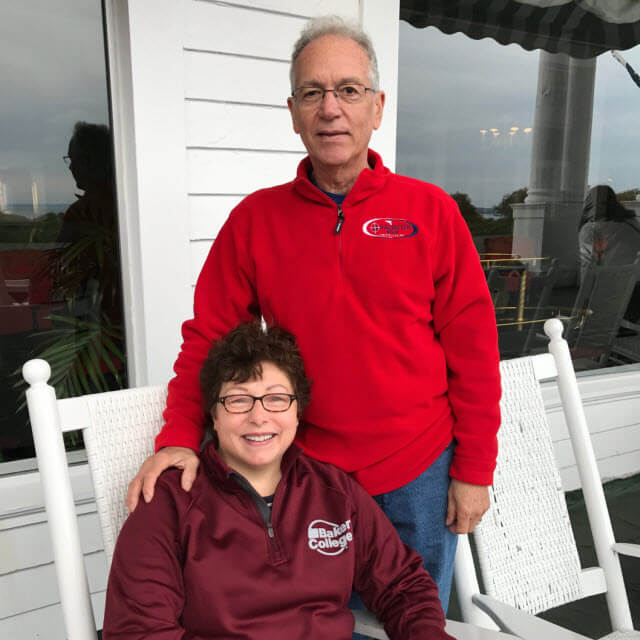 I had a fantastic surgeon and great support--everyone was so professional, respectful and kind."

During the procedure, the surgeon moves an artery that supplies blood to the scalp and surrounding tissue from outside the skull and attaches it to the brain. The artery has growth factors that stimulate development of new vessels. In addition, part of a muscle that is used to chew, as well as supporting tissue, are moved. Mollie had blocked arteries on both sides of her head, so Huang would perform the procedure on each side, three months apart.

“If I didn’t have the surgery, I would have more strokes,” says Mollie. “Both my parents suffered multiple strokes. After seeing what they went through, I knew I had to have the surgery. Dr. Huang explained everything and answered questions, without one hand on the doorknob,” says Mollie. “Rick wasn’t crazy about surgery, but once he talked to Dr. Huang, he felt better.”

Three months later, during a short stay at her brother’s before heading home after the second successful surgery, they all toasted Huang “for giving us our Mollie back.” A year later, tests confirmed that new arteries had developed and were doing their job. 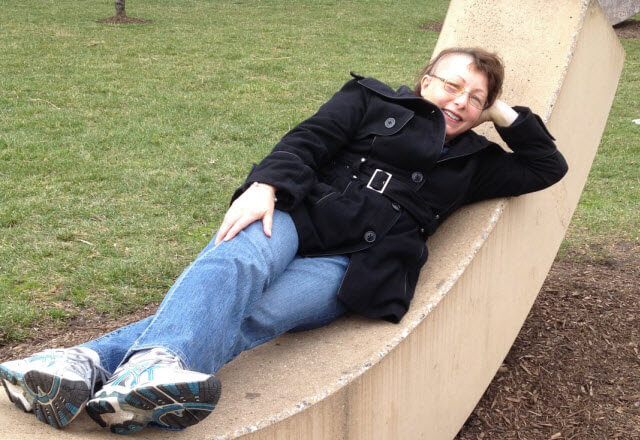 Feeling much better than she expected after her first brain surgery, Mollie relaxed just days after at Baltimore’s Inner Harbor.

Huang and Mollie both give the Johns Hopkins team credit.

“The Cerebrovascular Center has tremendous expertise that includes a team of people — from radiology, anesthesiology, nursing — who support patients from start to finish,” says Huang.

Mollie seconds the praise. “I had a fantastic surgeon and great support — everyone was so professional, respectful and kind.”

The Johns Hopkins Cerebrovascular team cares for a range of cerebrovascular disorders, including emergency stroke and hemorrhage situations as well as long-term monitoring for patients with conditions like a cerebral aneurysm.

About the Cerebrovascular Center