The Adult Emergency Department Materials Management Committee at The Johns Hopkins Hospital was also nominated for the Innovations in Clinical Care award.

Members of the Department of Emergency Medicine were among those honored in October at the 2016 Johns Hopkins Medicine Patient Safety Summit. During the event, the department received third place out of 41 Comprehensive Unit-based Safety Program units in the Passport to Safety program at Johns Hopkins Medicine. Yolanda Foxworthy, emergency service coordinator, was also recognized as one of two safety star recipients for the year for her quick response to a patient emergency.

Also, during the event, Michael Ehmann, M.D., M.P.H., and nurse Zakk Arciaga delivered a podium presentation on a project on the implementation of a standardized debriefing process. Team members displayed six posters highlighting their commitment to improving quality delivery in the department.

Researchers at the Johns Hopkins University School of Medicine, in collaboration with the Maricopa Integrated Health System, have launched a pilot study to assess using emergency departments as hubs to quickly identify, evaluate and treat patients to fast-track much-needed drugs during a public health emergency. The pilot study is taking place thanks to a $4.2 million grant funded by the Biomedical Advanced Research Development Authority, which is part of the U.S. Department of Health and Human Services. 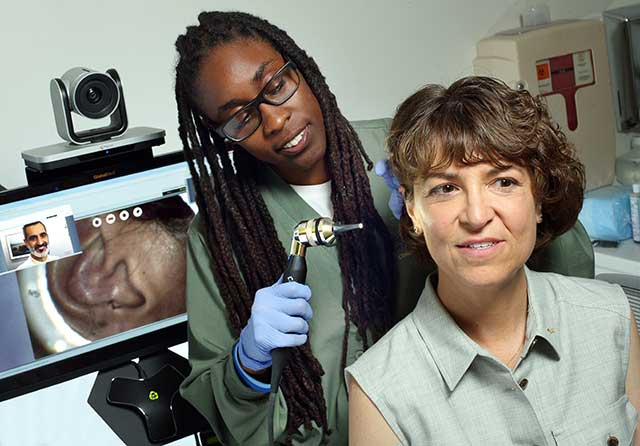 View mentions in The Baltimore Sun and The Washington Diplomat.

Nurse educator Paula M. Neira, M.S.N., J.D., R.N., C.E.N., in the Department of Emergency Medicine at The Johns Hopkins Hospital was selected by Secretary of the Navy Ray Maybus to sponsor the USNS Harvey Milk (T-AO-206). The ship, an underway replenishment oiler, was named for the iconic civil and human rights leader and former naval officer. Neira, who is also a former naval officer and a graduate of the United States Naval Academy, is believed to be the first transgender sponsor of a U.S. naval ship.

Check out video from the event.

For the past decade, Jules Jung, M.D., has harnessed the power of simulation to ensure that Johns Hopkins University School of Medicine graduates are prepared to manage emergency situations during their internships and beyond. In recognition of her outstanding contributions in this area, she received the 2016 Johns Hopkins University Alumni Association Excellence in Teaching Award in May, which recognizes the importance of teaching at Johns Hopkins.

Linda Regan, M.D., assistant professor of emergency medicine and program director of the Emergency Medicine Residency Program at the Johns Hopkins University School of Medicine, has been selected as the recipient of the Emergency Medicine Residents’ Association (EMRA) 2016 Residency Director of the Year Award. According to EMRA, the award recognizes a residency director who serves as a role model for residents and demonstrates qualities valued in a mentor. Regan is the first woman to receive this award since its inception more than 15 years ago. She was formally honored during an awards ceremony at the annual meeting for the Society for Academic Emergency Medicine in May.

Casey Wilson, M.D., won first place in the Hopkins inHealth Shark Tank competition in May. Wilson received $5,000 for her idea to develop an anatomy-based app called Block Star. The app is a bedside reference for emergency physicians to aid them in performing nerve blocks, which are often used in patients with acutely painful conditions to block conduction to a nerve and numb part of the body for procedures like laceration repairs, join reductions and pain control from fractures. Wilson plans to use the award to continue working on the app’s development.

Matthew Levy, D.O., M.Sc., associate professor of emergency medicine, and Asa Margolis, D.O., M.P.H., assistant professor of emergency medicine, have taken on leadership positions in the Howard County Department of Fire and Rescue Services (HCDFRS). Levy will serve as the medical director of HCDFRS, and Margolis will be HCDFRS’ associate medical director. Both Levy and Margolis will continue in their current capacity with Johns Hopkins in addition to serving in their roles with HCDFRS.

Michael Millin, M.D., M.P.H., has been named as the Department of Emergency Medicine’s inaugural inductee into the Distinguished Teaching Society, a selective new honor society affiliated with the Johns Hopkins University School of Medicine’s vice dean for education and the Medical Student Government. The society recognizes outstanding and passionate clinical faculty members and residents in departments around the school of medicine and their contributions to clinical medical student teaching. Nominations are made by medical students.

Erin Kane, M.D., was chosen in April to be inducted into the Alpha Omega Alpha Honor Medical Society at the Johns Hopkins University School of Medicine. Kane was one of only a few residents to be inducted. Inductees are recognized based on various criteria, including academic achievement, leadership, commitment and professionalism. Kane was nominated by Linda Regan, M.D., program director of the Emergency Medicine Residency Program.

Chid Iloabachie, M.D., has received the Frank L. Coulson Jr. Award for Clinical Excellence. This award, given by the Miller-Coulson Academy of Clinical Excellence at the Johns Hopkins University School of Medicine, aims to recognize and promote clinical excellence for the benefit of individuals and communities that are served. Iloabachie is the fifth resident in the Department of Emergency Medicine’s program to be awarded this honor. Linda Regan, M.D., program director of the Emergency Medicine Residency Program, says Iloabachie demonstrates “a passion for his work that is simply a joy to watch.”

Richard Rothman, M.D., Ph.D. is co-director of new center to track and identify flu strains around the globe that may pose a threat to public health and communities.