Wallace Johnson visited another hospital that told him he needed a heart valve replacement, but they did not feel comfortable doing this type of surgery in a Jehovah's Witness patient, since blood transfusion was not an option. 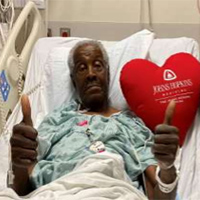 Wallace Johnson is an 81-year-old retired construction worker with severe mitral regurgitation (heart valve disease). Over the past few years his symptoms of shortness of breath had increased with physical activity, especially walking or climbing stairs. He had recently visited another hospital where he was told he needed a heart valve replacement. However, they did not feel comfortable doing this type of surgery in a Jehovah's Witness patient, since blood transfusion was not an option. 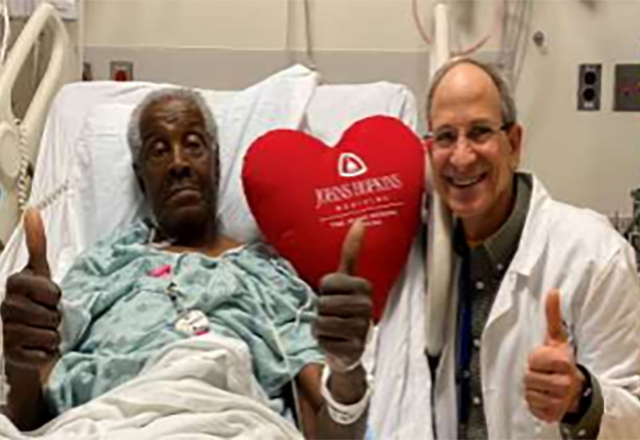 He and his wife contacted the Johns Hopkins Center for Bloodless Medicine who connected him to Dr. Dan Choi from cardiac surgery. Dr. Choi agreed to perform the needed surgery without transfusion if Mr. Johnson’s preoperative anemia was corrected.

Over 6 visits to the infusion clinic he received 1 gram of intravenous iron dextran and 6 doses of erythropoietin (EPO), after which his hemoglobin level went from 10.5 to 13.7 g/dL. The Bloodless Medicine Team along with cardiac surgery and cardiac anesthesia designed a plan for optimal blood conservation during his valve replacement surgery. Mr. Johnson was out of the ICU by postoperative day #2, and discharged to home on postoperative day #7.

From his hospital room Mr. Johnson pointed out one of the tallest buildings in downtown Baltimore that he helped to build as a masonry worker in the 1970s. He is grateful for the treatment he received by the Johns Hopkins team who respected his wishes to avoid blood transfusions. For the team at Johns Hopkins Bloodless Medicine a successful surgery and a thumbs up, makes our day.