Toward the end of the 19th century, American medical education was in chaos; most medical schools were little more than trade schools. Often, it was easier to gain admission to one of these than to a liberal arts college. With the opening of The Johns Hopkins Hospital in 1889, followed four years later by The Johns Hopkins University School of Medicine, Johns Hopkins ushered in a new era marked by rigid entrance requirements for medical students, a vastly upgraded medical school curriculum with emphasis on the scientific method, the incorporation of bedside teaching and laboratory research as part of the instruction, and integration of the School of Medicine with the Hospital through joint appointments.

Hopkins medicine counts many "firsts" among its achievements during its early years: the first major medical school in the United States to admit women; the first to use rubber gloves during surgery; the first to develop renal dialysis and CPR.

Two of the most far-reaching advances in medicine during the last 25 years were made at Hopkins. The Nobel Prize-winning discovery of restriction enzymes gave birth to the genetic engineering industry and can be compared, some say, to the first splitting of an atom. Also, the discovery of the brain's natural opiates has triggered an explosion of interest in neurotransmitter pathways and functions. Other accomplishments include the identification of the three types of polio virus and the first "blue baby" operation, which opened the way to modern heart surgery. Hopkins also was the birthplace of many medical specialties, including neurosurgery, urology, endocrinology and pediatrics. 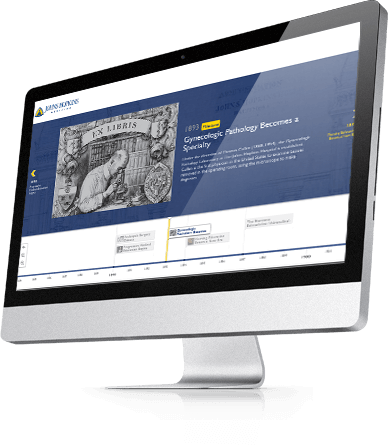