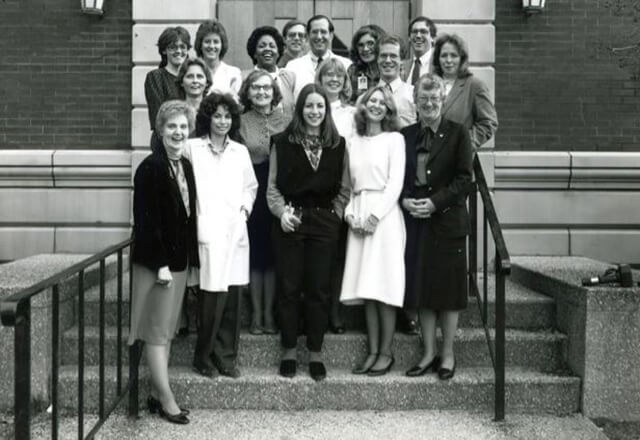 In 1980, Mr. Charles A. Dana Jr., Chairman of the Dana Foundation board, brought together Mr. Robert Kriedler of the executive staff, Dr. Arnall Patz, former director of the Wilmer Eye Institute, and other Wilmer leaders to evaluate a planned center addressing the global prevention of blindness. Mr. Dana enthusiastically supported Wilmer’s goals in preventive ophthalmology, and the foundation provided core support to launch the Dana Center for Preventive Ophthalmology.

Later that same year, Alfred Sommer, M.D. M.H.S., the founder and first director of the Dana Center, recruited faculty members to establish the leading group of researchers focused on blindness prevention and alleviation. This team included professionals with skills in ophthalmology, epidemiology, biostatistics, and operations research. Together, they devoted their expertise to the prevention of avoidable visual disability and blindness.

The Center currently occupies 3,000 square feet of space within the Department of Ophthalmology and is funded by grants from the National Institutes of Health, non-governmental organization grants and by endowed professorships to Drs. Harry Quigley, Oliver Schein and Sheila West. 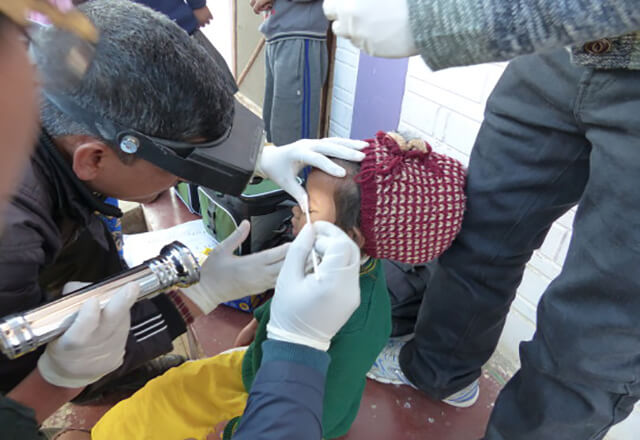 The Dana Center at Wilmer has been recently recognized for an expanded role as a World Health Organization Collaborating Center in cataract and glaucoma as well as in nutritional blindness, onchocerciasis (River Blindness) and trachoma. The Center has made major contributions to our understanding and treatment of each of the major eye diseases, including: