Could you give a kidney to a stranger? 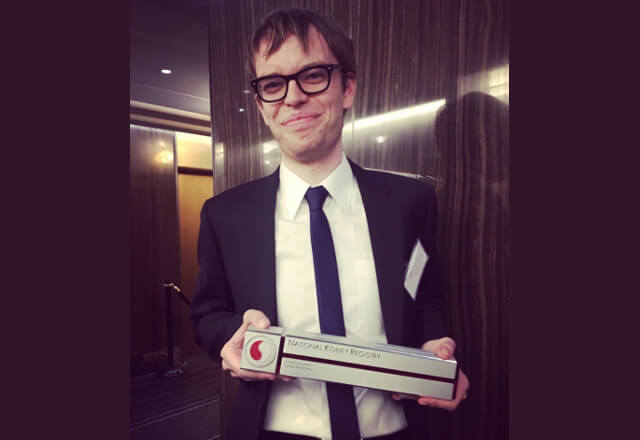 In 2016, Dylan Matthews became one of the 5,633 people in the U.S. who donated a kidney that year. The 27-year-old Washington, D.C., resident was a non-directed (also called altruistic) kidney donor, meaning that Dylan chose to donate his kidney to a stranger. For Dylan, his inspiration for donating a kidney was simple: it was the opportunity to help someone else.

His journey to become a living kidney donor began a few years earlier when he read an article about people donating kidneys to strangers. His studies of ethics and moral philosophy as a student at Harvard University further fueled his interest.

"I took a lot of classes about how to think about morality and how to see your obligations to other people," explains Dylan. "In class, I kept coming back again to the concept that if you have the opportunity to help someone at a low cost for yourself, you should go for it."

However, kidney donation does come with risks. Like any major surgery, there are risks of bleeding and infection. But those risks are reduced, thanks to the minimally invasive surgical procedure pioneered by specialists at the Johns Hopkins Comprehensive Transplant Center in 1995. The procedure also means a quicker recovery — typically a two-night hospital stay, back to work in two weeks, and by six weeks back to life as it was before surgery.

The Need for Donors: Numbers Tell the Real Story

The need for kidney donors also meant Dylan had a clear opportunity to help someone. Statistics from the United Network for Organ Sharing (UNOS), which manages the list of all the people across the U.S. waiting for an organ transplant, provide a stark breakdown of the number of people waiting for a kidney:

Someone needs to be healthy if they want to donate to a loved one or friend, but they don't necessarily need to be a match.

Unfortunately, the need is growing, but the number of people volunteering to donate isn't. The result is a national organ shortage. Recipients wait an average of three to five years or more for a kidney transplant. The majority of those people depend on a dialysis machine to do the work their kidneys no longer can. Usually, that means being tethered to a machine three times a week for four-hour shifts. For someone on dialysis, a kidney donation means an end to dialysis and a dramatic improvement to his or her quality of life and long-term survival.

The realities people waiting for a kidney face and the impact a living kidney donation would have on their lives were clear to Dylan. However, he faced realities about the immediate impact donating a kidney would have on his day-to-day life. The logistics of taking four to six weeks off as a student, and later from his job as a political reporter, to recover from surgery seemed too complicated. But after talking with two friends who had donated kidneys, Dylan was ready to take the leap.

"They had jobs like mine, had normal lives and were able to fit it in," says Dylan. "They made the hurdles seem less insurmountable. I figured if they can do it, I can do it."

A Thorough Process Reduces Risks for the Donor

Dylan signed up to donate through the National Kidney Registry, a nonprofit organization that matches living kidney donors with recipients. A friend’s parents knew a Johns Hopkins Comprehensive Transplant Center surgeon, who called Dylan to talk with him about the process and answer questions. 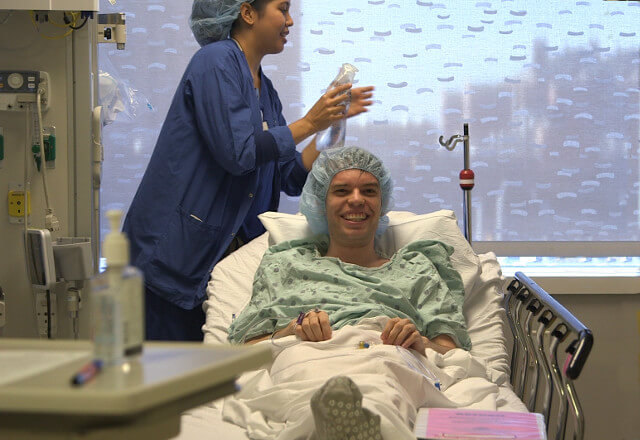 Dylan at The Johns Hopkins Hospital, shortly before his kidney donation surgery.

"It was kind of him to take the time," says Dylan. "He gave me more specifics about the hospital and the recovery. It was helpful as I thought through my decision about what transplant center to choose."

Dylan chose to undergo his kidney transplant surgery at Johns Hopkins. In April 2016, he began the extensive medical evaluation and a psychological screening to determine if he and his kidneys were healthy enough to donate. That process wrapped up with Dylan "holding court," as he puts it, with the transplant team to review all the details of the surgery and what he could expect during his recovery.

On June 9, Dylan got word that he was going to have his opportunity to help not one person waiting for a new kidney, but four.

"Dylan is a generous young man who, because he was an altruistic donor, started a chain of donations," explains Shane Ottmann, M.D., Dylan’s transplant surgeon.

Recipients Across the Country Benefit From Dylan’s Generosity

The transplant chain, known as domino kidney paired donation, was pioneered by Johns Hopkins. It’s a variation of a paired kidney exchange, which occurs when a recipient and willing donor pair who aren’t compatible are matched with and exchange kidneys with another incompatible donor/recipient pair.

This animation shows the benefit of Dylan’s altruistic donation. Four people across the U.S. received a kidney thanks to his donation.

Ottmann says Dylan and the chain he started not only show the impact of one healthy donor but also clear up a common misconception people have about being a donor.

"Someone needs to be healthy if they want to donate to a loved one or friend, but they don't necessarily need to be a match," Ottmann explains. "They may not be able to donate directly, but they can donate to the paired kidney exchange and still get their loved one transplanted with a living donor organ. There's a lot of good that can be done even when you can't donate directly."

Two weeks after his surgery, Dylan was back at work. His reach as a donor has continued beyond the transplant chain he started, thanks to his platform as a reporter and his commitment to sharing his experience and advocating for organ donation.

"Dylan's been a real advocate for donors,"" says Ottmann. "People cite him when they call us as the reason they're interested in donating."

In March 2017, Dylan received thanks he says he didn't expect or need — a letter from the person who received his kidney.

"I never wanted my recipient to feel an obligation," says Dylan. "But it was wonderful to hear from the person affected. It's extremely gratifying." 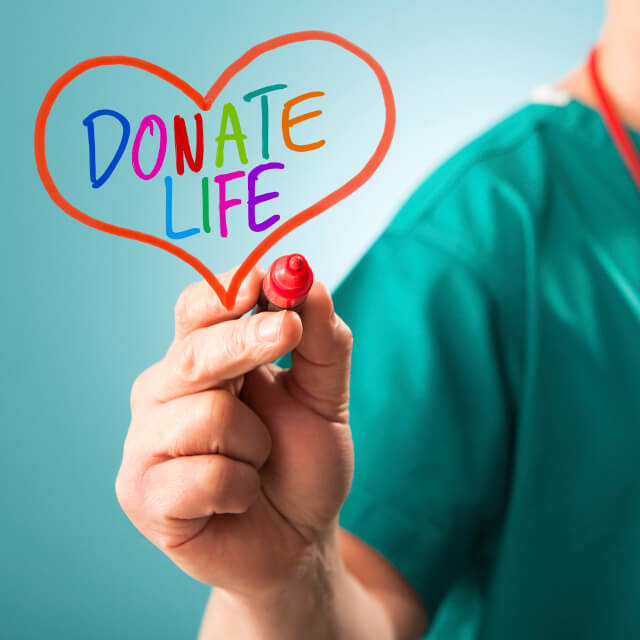 If you’re healthy, you’re a match for someone who needs the lifesaving gift of a kidney. 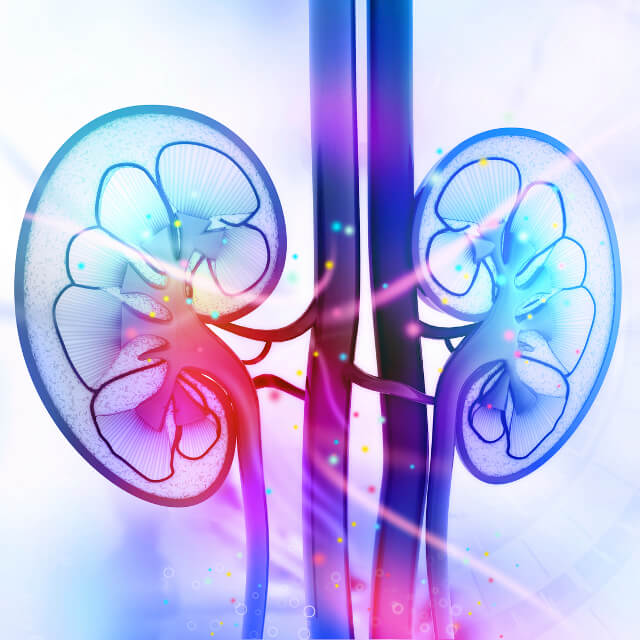