In This Section
Home > Suburban Hospital > About the Hospital > Our History 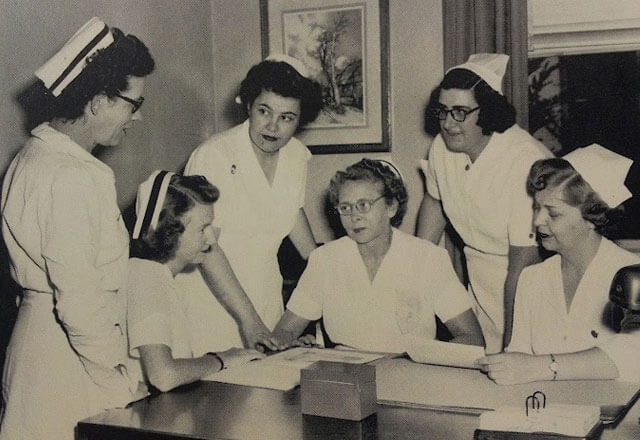 On December 13, 1943, Suburban Hospital opened its doors as a 130-bed hospital constructed to accommodate the expanding World War II military population in rural Montgomery County, Maryland. In its first full year, the small facility, consisting of several one-story cottages, admitted 3,000 patients and had an operating budget of $13,000.

In 1950, the hospital was purchased by the community from the federal government for $125,000. During the late 1950s, the hospital experienced a severe shortage of beds, requiring administrators to enclose sun porches and convert clinic space to accommodate patients. To alleviate the overflow of patients, the Suburban Hospital Association developed a master facility plan to construct three new wings over the next decade.

Today, 75 years after it was established, Suburban eagerly anticipates the benefits of its campus transformation and new clinical addition. A member of Johns Hopkins Medicine, the hospital is distinguished by a cutting-edge stroke program; level II trauma center designation; centers of excellence in cardiac care, orthopedics, neurosciences and oncology; state-of-the-art diagnostic and treatment tools; and affiliations with world-class institutions such as the National Institutes of Health.