When Craig Scholl, a 54-year-old 911 supervisor, was diagnosed with cancer, he and his wife made a trip to The Johns Hopkins Hospital. There, specialists in urology, oncology, neurosurgery and other areas collaborated on a multidisciplinary approach that helped Craig regain his health. 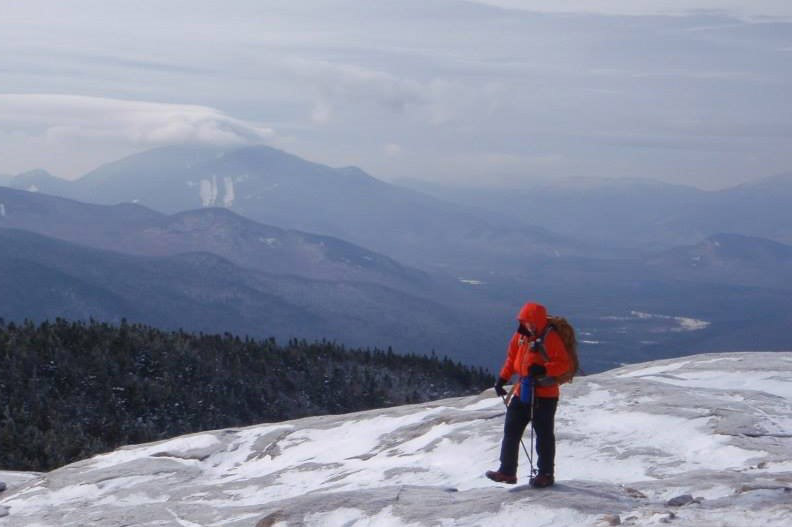 Cancer Diagnosis and a Trip to Baltimore

Craig Scholl, an active 911 supervisor in upstate New York, says his ordeal started with a bad case of the flu.

The CT revealed a small lung lesion and two masses elsewhere in Craig’s body — one on his kidney and another on his lumbar spine. Craig had cancer.

“I didn’t know if I’d see the new year, but I was trying to stay positive,” he says. “My wife and I started searching online for top cancer centers. We wanted an East Coast location near family. And, in light of the COVID-19 pandemic, which at that point was just starting to blow up in New York City, we decided Johns Hopkins was the best choice.”

Craig’s family doctor made the call to Johns Hopkins. The hospital’s concierge service, which assists out-of-state patients, worked with Craig to set up all the appointments he would need.

Craig’s unusual situation called for a range of expertise. Oncologist Mark Markowski, M.D., Ph.D., who specializes in urologic cancers, would manage medical aspects of Craig’s cancer treatment. Thoracic surgeon Jinny Suk Ha, M.D., M.H.S., would assess the lung lesion. Christian Pavlovich, M.D., of the Brady Urological Institute, would address the mass on the kidney, and a spine neurosurgeon would treat the spine tumor.

Looking together at the possibility of complex treatment and an uncertain outcome, Craig and his wife Danielle made the trip south to Baltimore.

Luckily for Craig, Ha determined that the spot on his lung was a small scar, possibly from the severe coughing he experienced during his bout with the flu. But the mass on his kidney called for surgery.

Craig says, “I was worried at that point, but when I met with the doctors, they said that it looked like the kidney tumor was contained, but we wouldn’t know until I’d had surgery.”

On Jan. 9, 2020, Pavlovich removed Craig’s kidney robotically. It was found to have a stage 1 chromophobe renal cell carcinoma (RCC), a rare cancer of the kidney that is often treatable with surgery.

Markowski told Craig that his tumor was slow growing, and that after the surgery, he would monitor the other kidney. But there would be no need for further treatment unless the cancer returned.

“After that, my wife and I just cried and hugged each other,” Craig says. After two nights in The Johns Hopkins Hospital and a week recuperating at a nearby family member’s home, the two returned to New York for a quick break before returning to deal with the spine cancer.

“I had surgery on April 1, no joke,” says Craig. By then, the COVID-19 pandemic was raging through the Northeast and many hospitals, including Johns Hopkins, restricted visitors to help protect patients and caregivers from coronavirus infection.

Danielle had stayed in Craig’s room during the kidney surgery. For this procedure, however, she had to drop him off. Craig would have to go it alone.

“The doctors called her every hour to tell her how I was doing,” Craig says.

Craig is a very active person who lives to hike, camp and backpack in the mountains, so facing the spine surgery was tougher. He and his adult son have hiked all but nine of the 46 High Peaks in the Adirondacks near their home, and both father and son wanted to reach their goal of getting to all of them.

“Before the spine surgery, I had no idea what my life would be like afterward,” he says. “Would I lose the ability to do the activities I loved? Would I end up being in a wheelchair?” 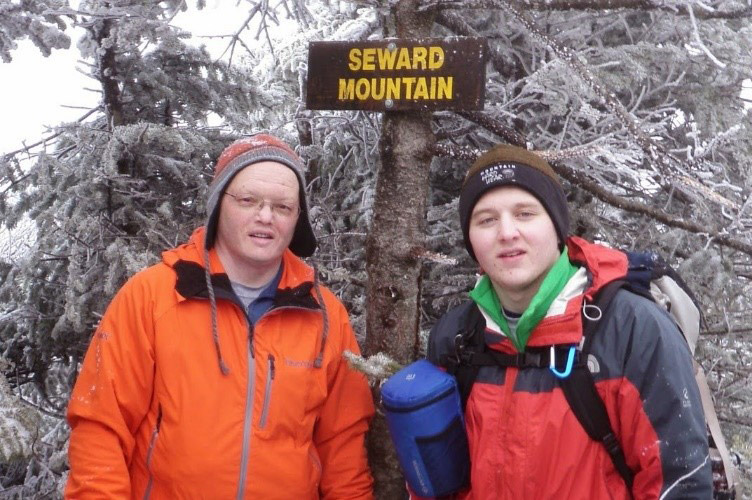 Craig, before his surgery, with his son, after successfully hiking another mountain on their list

A biopsy of cells from the tumor in Craig’s spine looked like those of the kidney RCC, leading the team to consider the spine tumor a metastasis (spreading) of the kidney cancer. It was a tough diagnosis — spreading kidney cancers are life threatening.

But after removing the tumor, his neurosurgeon suspected it might be a different cancer, and pathology tests proved him right. Craig’s spine had a chordoma, the cells of which look very similar to those of the kidney cancer.

Craig’s treatment team went into surgery thinking they were dealing with kidney cancer that had spread to the spine, but it turned out to be another tumor altogether.

After surgical removal of the chordoma, Craig underwent targeted radiation with radiation oncologist Kristin Redmond, M.D., M.P.H., to treat lingering traces of the tumor. Craig is being be monitored for any recurrence.

The rare presence of two different cancers in Craig’s body surprised doctors and patient alike, but in a sense, it was good news. The fact that the two tumors were different showed that neither cancer had spread to other parts of the body, which could have meant worse chances for Craig.

How the team treated me had such an impact on my spirit. I felt like I mattered.”

Craig’s advice to patients facing a cancer diagnosis and surgery? “Don’t go it alone,” he says. “Reach out to people and let them help. Don’t push them away. Find someone to help you keep track of your appointments and paperwork.” He says Danielle was a star in that regard.

On June 9, just a little over two months after spine surgery, Craig hiked a mountain. “I’m happy and surprised to be doing this well,” he says. “I feel like I’m 95% back to where I was.”

Though he’s getting ready to retire from his job in the emergency medical services world, Craig is considering a second career.

“I would like a job at a hospital,” he says. “The treatment I got at Johns Hopkins in the intensive care unit and on the 12th floor — how the team treated me had such an impact on my spirit. 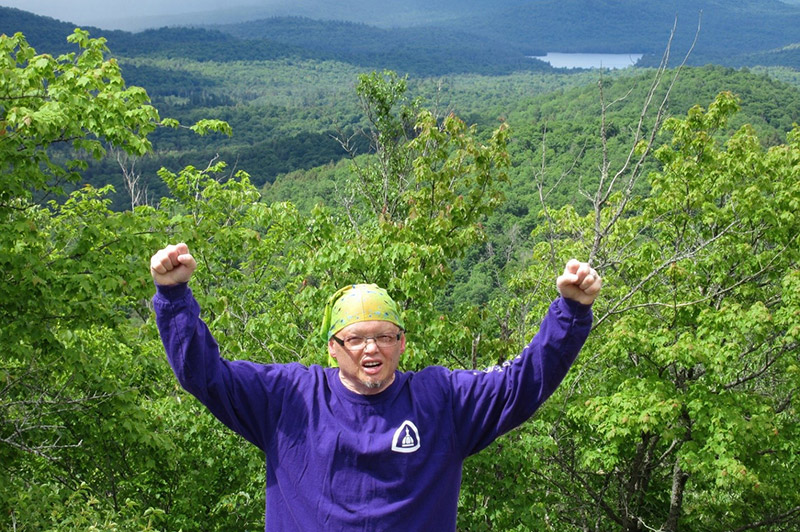 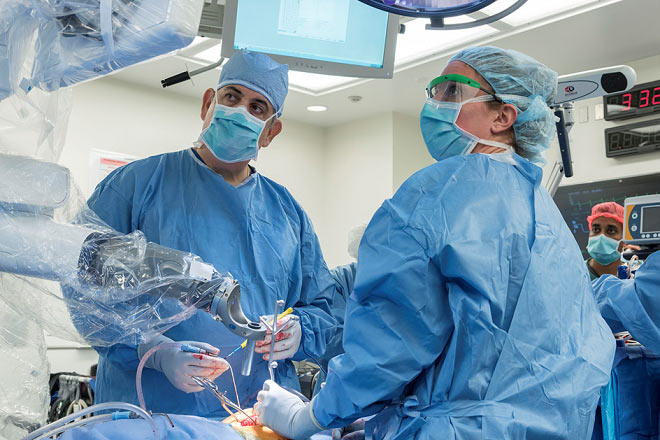 Specialists in urology, oncology, neurosurgery and other areas collaborated on a multidisciplinary approach that helped Craig regain his health: