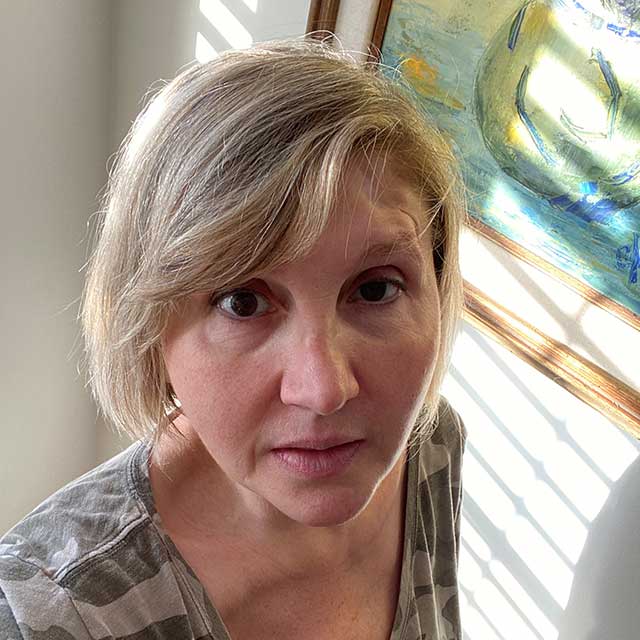 “You literally just fall to your knees.”

No one could see the pain. No one around her could understand why Christina would periodically collapse, unable to move or think — barely able to catch her breath.

Some of Christina’s losses were more visible: A 2015 motorcycle accident in Florida had taken her arm, her leg and nearly her life.

But even harder to bear than the amputations was the nerve pain.

The burning and crushing sensations started right after her left arm was amputated. As she awakened in the hospital and the haze of the medications began to clear, she realized she could still feel the missing arm and hand, and both were in agony.

“I could feel it. It felt like someone was holding my arm over a campfire and just roasting it,” Christina says.

Over the next six years, the pain took over and never let up, Christina says. The baseline pain, bad enough as it was, was punctuated every few hours by sudden surges that would send her crumpling to the floor.

“You literally drop to the ground no matter where you are, in public or wherever,” Christina says. “And everyone wants to try to grab you and help you. But there’s nothing they can do. You literally just fall to your knees.”

The impact of the motorcycle accident resulted in a severe brachial plexus injury. When Christina was thrown from the bike, she landed on her shoulder. The nerves that supply sensation and movement to her arm and hand were torn away from their origins in the spinal cord of her neck. The normal pain sensation pathway in the spinal cord was so damaged that the nerves were firing pain signals to her brain in excruciating, continual spasms.

This kind of nerve pain defies most treatments. Even after she’d recovered from the amputation of her arm and leg, Christina still couldn’t work, play or do anything except hurt. From botulinum toxin injections and acupuncture to the most powerful narcotic pain medicines, Christina tried a range of therapies, but nothing eased the pain.

“I’ve had some really good pain management doctors over the years, and I feel for them,” she says. “They tried their hardest, and they knew what I was going through. They could see it in my eyes. They’ve seen me go through those pain surges while I’ve been in their offices.”

Christina was also aware of the impact on her family. “My family’s been tormented by this, too. They would cry; they sob; they pray. Pain like this has ruined a lot of lives. You feel like a burden.”

The doctors she consulted finally recommended she try surgery on the spinal cord — the last resort. At first, Christina’s insurance company balked. But Belzberg spoke to them and helped convince them to cover the treatment he had in mind.

Belzberg is one of only a few neurosurgeons skilled in performing a dorsal root entry zone, or DREZ, procedure — the last hope for some patients with brachial plexus injuries such as Christina’s.

The concept behind DREZ procedures is disabling the nerve-to-brain pain-signaling pathway by creating lesions that silence specific fibers in the spinal cord. The surgeon uses a surgical microscope to carefully isolate the precise area of the spinal cord damaged by the torn-away nerve roots, then makes 60–120 precise lesions on the injured nerve fibers in the spinal cord, using laser, radio waves, ultrasound or microsurgery.

“This was a very high-risk operation in Christina’s case,” says Belzberg. “Christina understood that there was a good chance of her losing some function in the [remaining] leg, due to continuing problems with her spinal cord. But she still wanted to go through with the procedure.”

This is the happiest I have been in six years. I’m a real person again, not a 'pain person.'

Christina recalls, “I know the first thing they asked me right out of the surgery was if I feel the pain in my left shoulder anymore. I said no. That was the best feeling: to be able to answer no.

“Right then and there, I knew I was going to have a life again. It was the best feeling in the world, even though I was coming out of a very hard, difficult surgery. I was just mind-blowingly happy.”

Now that the brachial plexus injury pain is addressed, Christina can feel all the other changes her body has gone through. She is recovering from the DREZ procedure and is noticing some sensations associated with the amputation of her leg.

“I wasn’t feeling any other pain for the last six years because the brachial plexus pain just took over,” she says.

But she notes the discomfort she’s dealing with now is completely different from the brachial plexus pain: It’s manageable and improving over time. And that, she can tolerate.

DREZ Procedure: “It saved my life.”

Looking toward the next stage in her new life, Christina says she can’t wait to return home to her boyfriend and her family. She looks forward to reuniting with her beloved dogs and snuggling with them. She wants to return to work and go to church again with her sister and brother-in-law and celebrate the fact that their prayers were answered.

Christina says, “Getting the DREZ procedure is worth the temporary discomfort of the surgery. It's worth everything to me, to anyone in my condition. I just want other people who have the same injury as me to know that this surgery exists and that it can save lives and it will save lives.”

Regarding the procedure as life-saving is not an exaggeration for Christina. She admits that before the surgery, she seriously wondered if she could continue her life as it was.

“Now, I don’t have to worry about breaking my mother’s heart, because my pain is under control. It’s … it’s amazing. The DREZ procedure changed my life. It saved my life.”

The Neurosurgery Pain Research Institute at Johns Hopkins, where pain scientist Michael Caterina, neurosurgeon Allan Belzberg and their teams collaborate, was made possible by a generous donation to increase the understanding of pain and to develop new ways to treat it.

Similar philanthropic support has helped Belzberg and his team research ways to improve the DREZ technique even further. “We can now revise the way we do this operation to try to make it better and safer, so more effective and safer with lower risk of complications,” Belzberg says.

Some of those new approaches were used in Christina’s DREZ operation. “Dr. Caterina and I spend an awful lot of time studying how nerve injury leads to pain and trying to better understand it,” says Belzberg.

“One of the things that seems to have helped Christina is the way we did this operation. The fact that we were able to get rid of her pain is due in part to the research we have done over the years.”

Christina agrees. “This is the happiest I have been in six years. I’m a real person again, not a ‛pain person.’

“There’s so much to learn. I want more surgeons to be able to learn how to do DREZ surgery. I want more people to be helped like I was.” 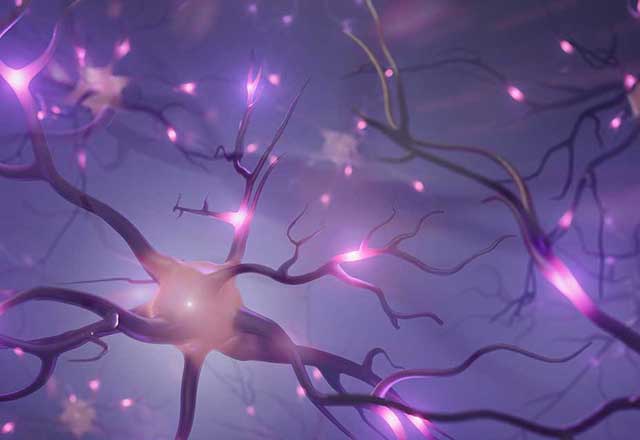 At the Peripheral Nerve Surgery Center, our surgeons draw on the expert medical talent at Johns Hopkins through our collaborative approach to care. Through  collaboration with our colleagues, we can deliver highly specialized care our world-renowned medical institution is known for.