Skilled Neurosurgery, Along With a Team Approach, Restores Health to a Young Child 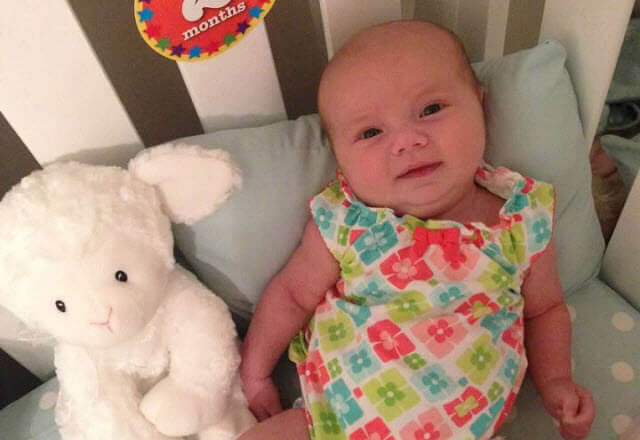 South Carolina residents Stephanie and Mitchell were delighted to welcome their new baby daughter, Adelynn, in 2014. Stephanie noticed that as a newborn, little Adelynn cried a lot and had some trouble feeding. Stephanie hoped these problems would resolve with time and patience.

Then, at about 8 weeks of age, Adelynn became floppy. Her tiny body seemed to lose muscle tone, she had poor head control, and she struggled to breathe.

Stephanie, a physician assistant, recognized stridor — the high-pitched wheezing sound of a partially blocked airway. She and Mitchell rushed Adelynn to the emergency room.

An MRI of Adelynn’s head and neck revealed a Chiari malformation. In the back underside of Adelynn’s brain, tissue from the pair of clam-shell-shape structures called the cerebellar tonsils had pushed through the boney opening in Adelynn’s skull where it joined her spinal column. The result was similar to a hernia, squeezing the tonsils — as well as the child’s delicate spinal cord — against the edge of the skull opening and down into the spinal canal.

“I was actually kind of relieved when they diagnosed the Chiari malformation,” Stephanie says. “That’s a problem that can sometimes be fixed.”

But the team at the South Carolina hospital said the Chiari malformation was probably too mild to cause problems with Adelynn’s breathing.

The parents took their daughter back home, with instructions to bring her back in a year for follow-up.

Stephanie was still deeply worried. Waiting a year would not work for Adelynn — the child was still having trouble eating, sleeping and breathing.

Her pediatrician in South Carolina tested Adelynn and found that she was suffering from severe obstructive sleep apnea and central sleep apnea as well, resulting in dangerous periodic lapses in breathing when she slept.

By this time, Stephanie was having trouble coaxing her daughter to feed. “She would vomit after bottles, which was just heartbreaking. She was exhausted just trying to breathe,” Stephanie says. The pediatrician referred her to Eric Jackson, M.D., at Johns Hopkins’ Pediatric Neurosurgery Center. Stephanie and her family drove Adelynn north for a consultation.

Jackson was particularly concerned about Adelynn’s stridor. He says, “When the family brought Adelynn to her clinical appointment, the first thing we noticed was her breathing. We could actually hear her across the hall. Our physician assistant, Heather Kerber, was struck by how loud it was. We knew it was serious.”

Jackson agreed with the South Carolina doctors’ plan to inspect Adelynn’s airway and remove any tissue that was blocking her ability to breathe to see if that would improve her symptoms. The procedures were performed and they helped Adelynn for a short time, but the apnea and breathing problems returned. Stephanie and Mitchell needed to bring Adelynn back to see Jackson and the team at Johns Hopkins.

Johns Hopkins’ travel-for-care services offered to make arrangements for the family, but a good friend of Stephanie’s said she would put them up at her home in Alexandria, Virginia, just an hour and a half’s drive from Baltimore.

Taking on the Chiari Malformation

Despite the complexity of her daughter’s illness, Stephanie says, the logistics went smoothly. “Johns Hopkins did what they’re supposed to do,” she says. “The multiple appointments were handled efficiently.”

Soon after the family got to Johns Hopkins for the second time, Sterni and Tunkel saw Adelynn and assessed her breathing.

Jackson‘s assessment mirrored what Stephanie had sensed all along: Adelynn’s symptoms —apnea, poor feeding and stridor — were all likely the result of the child’s Chiari malformation. Surgery to decompress the herniated tissue pinching the child’s spinal cord could address all three problems.

Jackson says, “It’s unusual to operate on a child as young as Adelynn, since there is a higher risk for complications or a need to repeat the procedure later due to bone growing back as children get older.”

But he, the other experts, and Stephanie and Mitchell all agreed: Adelynn’s breathing problems needed help. The team scheduled surgery for the 1st of October.

Johns Hopkins did what they’re supposed to do. The multiple appointments were handled efficiently. 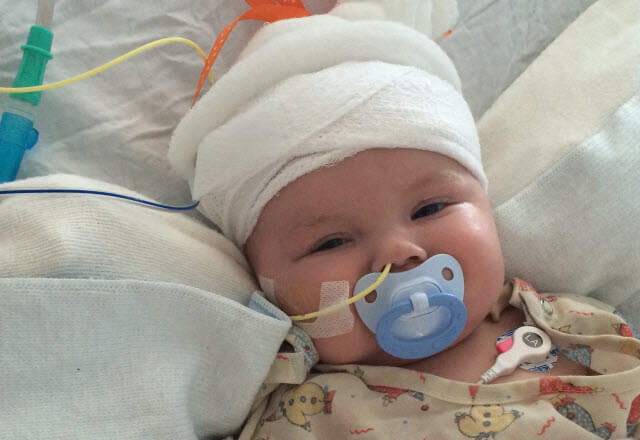 Progression and a New Concern

In preparation for the procedure, Dr. Jackson ordered a fine-cut MRI of Adelynn’s brain and spine to be done under anesthesia the morning of surgery to better define the child’s anatomy.  The results showed that the cerebellar tonsils appeared even lower than they had on the earlier imaging.

Jackson also noted that the girl’s ventricles (open spaces in the brain) looked enlarged, which could be a sign of developing hydrocephalus — a buildup of cerebral fluid that can put pressure on the brain.

One common way to treat hydrocephalus is to insert a shunt, a flexible tube that carries the excess cerebral fluid away from the brain and into the abdomen or other area. But, Stephanie says, Jackson decided against that option, which can involve complications such as blockage or infection.

“Dr. Jackson was honest with us: He didn’t say that everything with Adelynn would be better after surgery. We didn’t know if the stretched and compressed nerves would have caused lasting damage to her nervous system.”

In the operating room, Jackson created a surgical opening in Adelynn’s skull (craniotomy) and neck bone (laminectomy) to address the Chiari malformation and take pressure off the compressed brain and spinal cord tissue. He also placed a drain into the ventricles to monitor her intracranial pressure.

Once she was safely in the pediatric intensive care unit (PICU) at the Children’s Center, the team carefully observed to see if the little girl’s cerebral fluid pressure would return to normal. It did.

Stephanie says, “We stayed with Adelynn in the PICU after the surgery a little longer than usual, for several days while her pressure was checked. As it turned out, they didn’t have to do the shunt because her pressure normalized.”

Adelynn’s breathing was quieter, too. Jackson says, “There was almost immediate improvement. Her first sleep study after surgery showed a dramatic change for the better.” 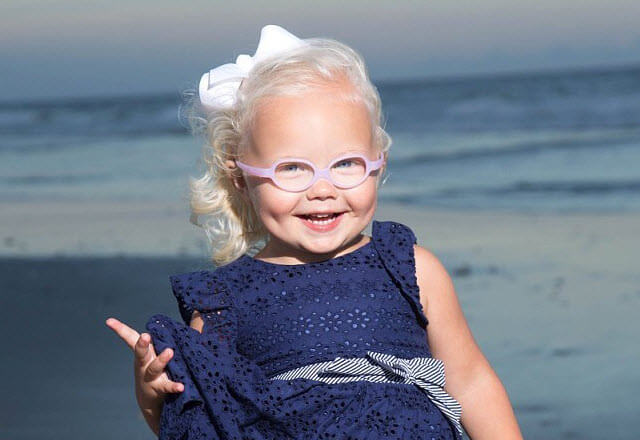 Adelynn, age 2, at the beach

Stephanie is confident in Adelynn’s progress. “She’s doing well. There are days when I don’t even think about it. We’re on guard for headaches or clumsiness, but haven’t seen any of that.”

Jackson and Tunkel continue to follow their patient’s progress, with Jackson on the lookout for recurring symptoms that could mean a repeat of the procedure. So far, so good. Jackson says, “The older Adelynn gets, the better chance we have of avoiding more surgery.”

Adelynn, now 3, is starting to ask her parents questions about her treatment. “This will be the first year that we’ll talk to her about it,” Stephanie says.

She adds, “I can’t say enough about Dr. Jackson, especially now that I’m working in the medical field. Not all neurosurgeons recognize it when a Chiari malformation is causing a child’s problems, and as a result, there are so many parents who have to go through what we did. 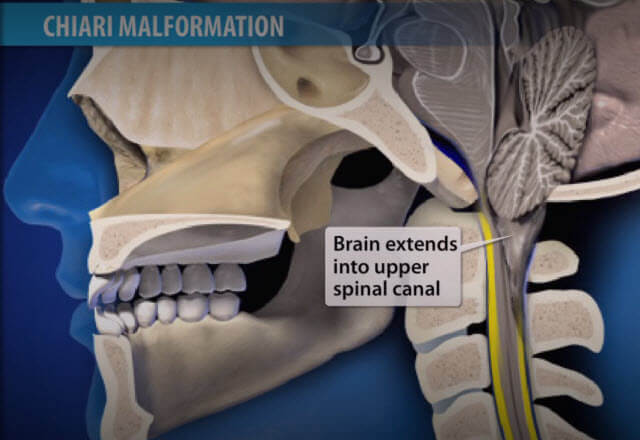 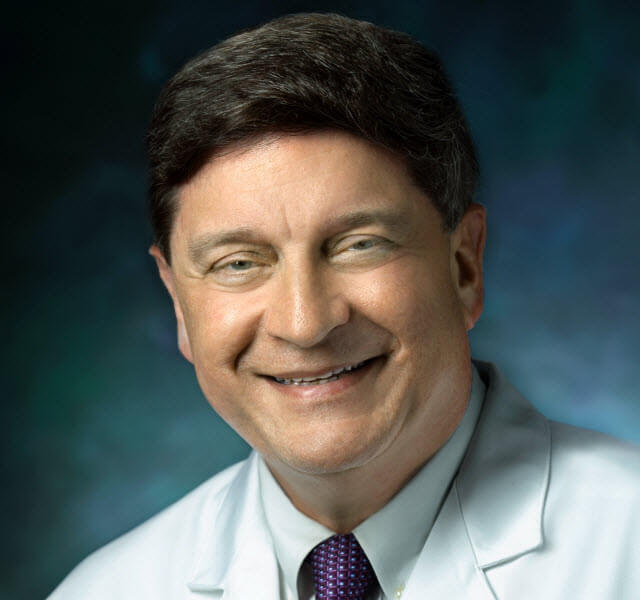 Johns Hopkins’ Pediatric Neurosurgery Center is one of the top multidisciplinary centers of its kind, with the vast experience, skill, and advanced treatments that offer hope to children and their families..