“When children have cancer, “ Mark says, “they grow up a lot faster than their peers.  They have to.  Yes, Austin has cancer, but he’s never once said, ‘Cancer has me.’  When I think of everything he’s been through. . .”   He looks at his stepson with pride.  “Austin is my hero.” 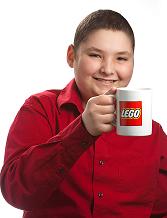 Austin was 11 years old when he was diagnosed with leukemia.  The hardest thing, he remembers, was accepting the fact that he was sick.  “I’d always been so healthy,” he says.  “For a while I didn’t want to talk to anyone.  I was too angry.  I just sat in my room.”  Then he realized it wasn’t right to shut his family out.  “They’re on my side, fighting for me, and they’ll never let me down.”

Austin has another ally in his fight against cancer: the nurses and doctors at Johns Hopkins Hospital.  “We had several choices,” Mark says, “We chose Hopkins because we knew Austin would get the best possible care there.”

It hasn’t always been easy.  Austin’s initial hospitalization lasted 32 days.  From the very start, his mother, Kim, says, he insisted on being included in his care.  “Austin stood up and said, ‘This is my body,’” she says.  “Nothing is held back from him.”  The doctors agreed to the family’s wishes.  “It’s easier to know,” Austin says.  “That way there are no surprises.”

Austin’s battle against cancer has lasted three years.  He missed half of 5th grade and all of 6th and 7th, getting tutored instead at home.  “When children get diagnosed with cancer,” Mark says, “it changes everyone’s life, their family, even their friends and neighbors.” Tyler, Austin’s older brother, has learned to become more independent as the family has rallied around Austin’s care.   “But it’s important to make sure your child has a normal life, too,” Mark adds.  “One day all these treatments will be a distant memory.  You have to be ready to hit life running.”

Now 14 years old, Austin is back in school, loving 8th grade.  A dark-haired young man with a Buddha-like serene smile, he enjoys history, science, swimming, and reading.  He’s a hands-on person who likes building things with tools.  In the future he plans to become an aerospace engineer, working with airplanes or spacecraft.  He also has a great sense of fun.  He loves Camp Sunrise, where he makes sure to participate in all the pranks.  And last Halloween he dressed as a hippie with John Lennon glasses, a curly wig, a white rhinestone shirt, a peace pendant—and fake chest hair.  “It itched,” he says with a mischievous grin.  “But it was worth it.  It was a great costume.”

Mark isn’t the only one who admires Austin.  He impresses everyone he meets, including his doctors and nurses at the hospital.  “I’m not there to impress anyone,” Austin says with a modest shrug.  “I’m there to do what I need to do and help people along the way.”  His desire to help others has led Austin to become a Patient Ambassador, reaching out to other children with cancer, helping raise funds and awareness for the disease.  He wears a slew of colored wristbands, each one with a story behind it.  “Orange,” he explains, “is for leukemia.”  Others honor friends with cancer or are in support of foundations.  Some bear messages like “Never Give Up,” or, as one of Austin’s favorites says: “Stupid Cancer.”

Austin has a vision.  He knows how important research and new technologies are in the fight against cancer.  Most of all, he’d like all kids to have access to the same kind of care he has received.  “No one should be denied good treatment,” he says, “just because of a price tag.”  With the help of young heroes like Austin, we can be sure that vision is ever closer to becoming a reality.