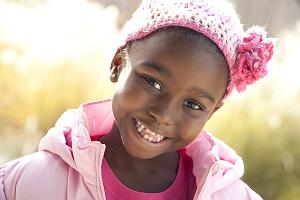 When Alexis Whitner was four-years-old, fully immersed in the joyful intensity of early childhood, something else was going on inside of her. In the darkness and mystery of her bone marrow, something was terribly wrong and no one could see it.

Then, a fever that wouldn’t go away and a sore on her skin that couldn’t be diagnosed, caused her parents to bring her to two hospitals, without satisfaction. Finally, they arrived at Johns Hopkins where they received the news that stops time for a parent: Alexis had leukemia. It was acute lymphocytic leukemia (ALL), a rapidly spreading form of the disease that occurs when too many abnormally formed white cells overwhelm normal cells. A child with ALL loses energy and the ability to fight infection.

Alexis’s treatment was not easy or brief. For more than two years, she underwent periods of intensive chemotherapy. The first month was the most difficult, requiring hospitalization when the most aggressive combination of drugs were given to her to kill the cancer cells. In the second outpatient phase, her gains were consolidated with weekly chemotherapy. Then, after three months, she was in the maintenance phase with monthly chemotherapy and check-ups for two full years. Alexis has responded extremely well and is now in remission.

Sometimes we forget how far we have come in this long, difficult fight against all the many forms of cancer. In 1962, 96% of children who contracted ALL died. Today, 90% survive. But of course, that is not nearly enough.

Now six-years-old, Alexis is in kindergarten. She is a strong child, her mother says, a happy, loving child.  She is very protective of her younger sister, and she has a deep sense of fairness. This sense of fairness is something she will carry with her into a future that was once in doubt. 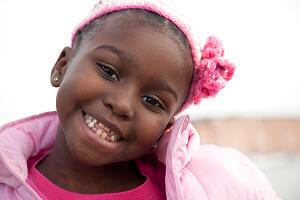 Of course, there is no fairness when it comes to children getting leukemia. And for now there is no way to protect them against it. But there are many thousands of researchers across the world trying to make them safe. Some of the most renowned, successful, and driven are here at Johns Hopkins. Each day they work to push the edge of knowledge deeper and deeper into the terrible, cold secrets of this disease.