The Division of Geriatric Medicine and Gerontology at The Johns Hopkins University School of Medicine began in 1963 with the development of the Division of Chronic and Community Medicine at what was then the Baltimore City Hospitals, the predecessor of the Johns Hopkins Bayview Medical Center. Baltimore City Hospitals operated a long-term facility on its campus, which served as a nursing home and chronic hospital for the poor.

In 1963, a young physician, Mason F. Lord, M.D., established the Division of Chronic and Community Medicine in an effort to improve health care for institutionalized elderly patients. He developed a community outreach program and established a formal review of each patient in the long-term care facility with a goal of finding a community site for placement whenever possible. Dr. Lord established multidisciplinary care teams and developed what continues as the multi-disciplinary, initial evaluation conference performed for every patient admitted to the facility.

Dr. Lord died in 1965 at the age of 39, just as he was beginning to make significant strides in improving care of the institutionalized elderly. A series of directors continued Dr. Lord’s pioneering efforts in the area of institutionalized care and chronic medicine.

In 1983, the division expanded its clinical programs and broadened its teaching and research activities. The division sought to respond to patient needs by creating a network of care programs. In the 1970s, two programs were established independently of geriatrics as a foundation of the continuum of care: a primary care practice (predominantly of elderly patients) and a physician house call program. These programs initially operated from the physician’s office in the community and in 1983 were moved to the long-term care facility. The proximity of programs and ease of communication among physicians and other members of the care team created the elements of an organized continuum of health care for the elderly. Since 1983, additional programs have been developed. In 1991, a new facility, the Johns Hopkins Geriatrics Center, was built to replace the original long-term care facility and to house the allied programs in geriatric medicine. The Johns Hopkins Bayview Medical Center is the major site of the clinical, educational and research programs in geriatric medicine of The Johns Hopkins University School of Medicine. 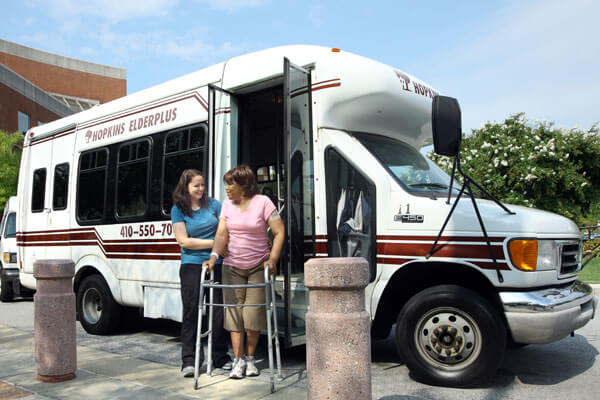