Throughout her 42 years at Johns Hopkins, Joy Mays may have saved over 120 lives, but not with CPR or lifesaving surgeries—she did it by donating blood. The research program coordinator at the Johns Hopkins Center to Eliminate Cardiovascular Health Disparities recently received a 5-gallon pin from the American Red Cross for donating 40 pints of blood. Each pint can save up to three lives. Although her blood type isn’t rare, Mays donates because “it’s just the right thing to do.” A former blood drive recruiter, Mays will give blood at least once more at a Johns Hopkins blood drive before retiring after her 66th birthday in November. It will be the final feather in her cap, but it certainly won’t be her last blood donation. 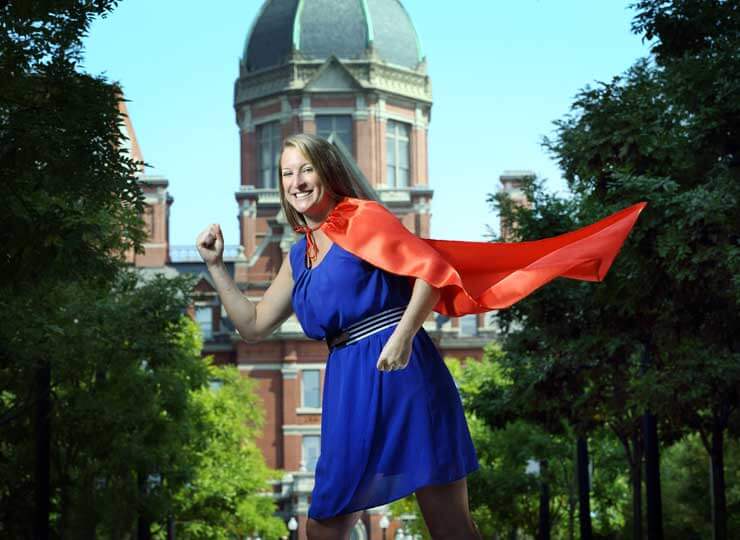 Whether volunteering at a local animal shelter or mentoring underprivileged youth, everyone gives back in their own way. Nicole Erby, a budget analyst in the division of pharmacology in the Department of Medicine, gives back by giving blood. “It's just a great feeling to be surrounded by people who are doing good,” says Erby. She was hooked after her first blood donation just two years ago and has donated eight times since then. Each time, she enjoys finding out exactly where her blood goes to help someone in need, a service that the American Red Cross provides to donors after each blood donation. Most of the time it has stayed local, so the eight-year Baltimore resident feels like she’s directly helping patients in the community, one pint of blood at a time. 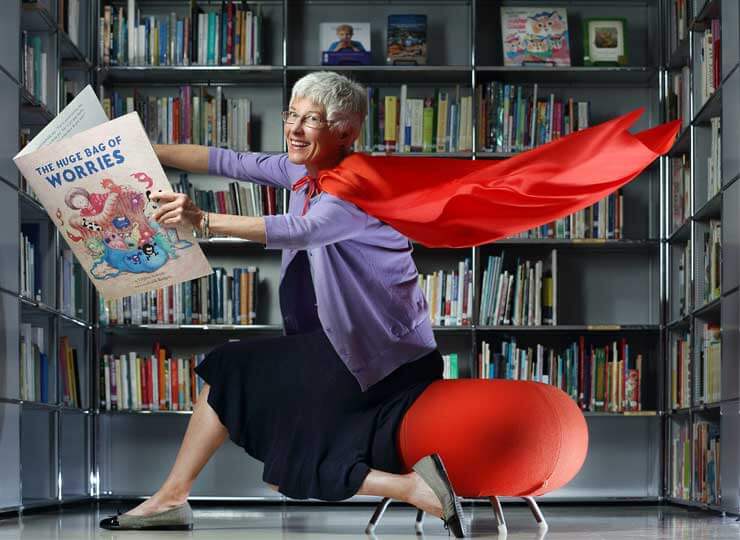 Following her family’s example, Phoebe Bacon has been donating blood for most of her adult life. “It’s the one way I can make a difference for someone who is unwell,” says the librarian for the Johns Hopkins Children’s Library and Family Resource Center. That mantra took on new meaning when Bacon’s sister was diagnosed with breast cancer in 1992 and needed blood regularly until her death in 2004. And in 2011, Bacon’s nephew was diagnosed with leukemia. At work, Bacon helps families find reading material about an illness and books for reading pleasure. She also carves out time for blood drives. “Giving blood is a concrete way to extend lives,” Bacon says. “When I donate blood, I’m on a mental high for the rest of the day.”

Milford “Shep” Scheppske first saw the impact of blood donations fresh out of college while working his first job assisting gunshot and stab wound patients in The Johns Hopkins Hospital’s emergency room. He later witnessed his mother’s need for blood transfusions in the years before she passed away. These experiences motivated Shep, a supply and equipment specialist in the Department of Surgery, to donate at nearly every Johns Hopkins blood drive for the last 30-plus years. “It’s one of those things you can’t buy in a store,” he says. “If you’re fortunate enough to be able to give, you need to—people’s lives depend on it.” 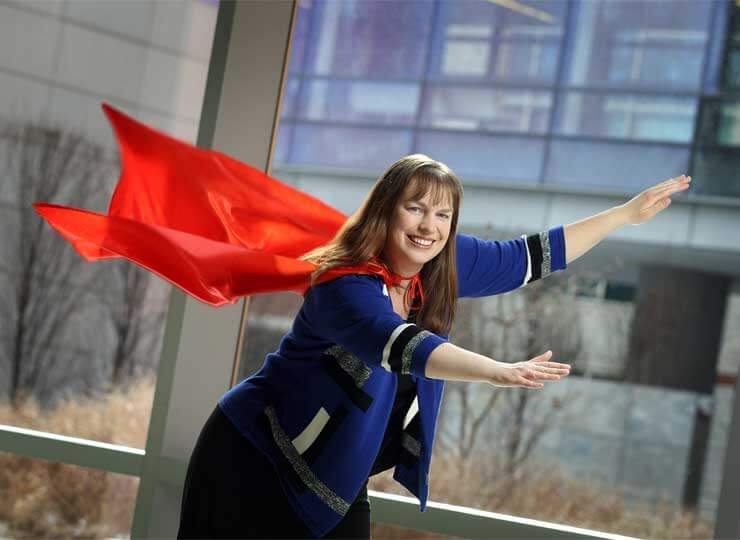 Over the years, Julie Trikilis watched family members who underwent surgery improve after receiving blood transfusions. Eager to help others in that position, the Johns Hopkins Health System clinical analytics project analyst began donating blood when she turned 18. She also volunteered for other causes she found meaningful. But in recent years, Trikilis’ life as a busy working mom has left little time to support them all. Frustrated, she decided—at the very least—she’d become a regular blood donor. “It’s easy to do,” she says, “and I can usually manage it during my lunch hour.” To date, she’s donated 25 pints. 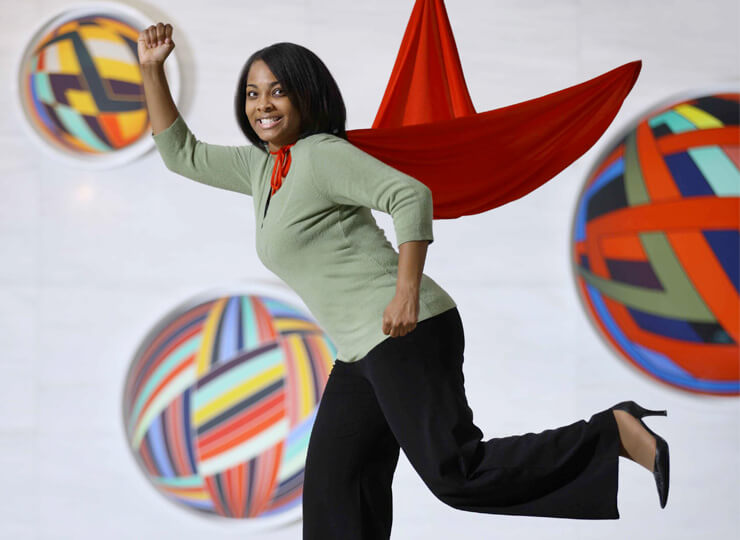 Sheri-Ann Gall never thought about donating blood - until she started working at The Johns Hopkins Hospital. Then a colleague recruited her. "To be honest, I had some reservations," Gall says. "So I went with a 'blood buddy,' who donates regularly. I discovered that giving blood is an enjoyable experience-it's quick and easy, and there's always a spirit of gratitude from everyone involved." Now Gall helps out at most drives. "And when my blood type is at a critical level," she adds, "I don't think twice about rolling up my sleeve." 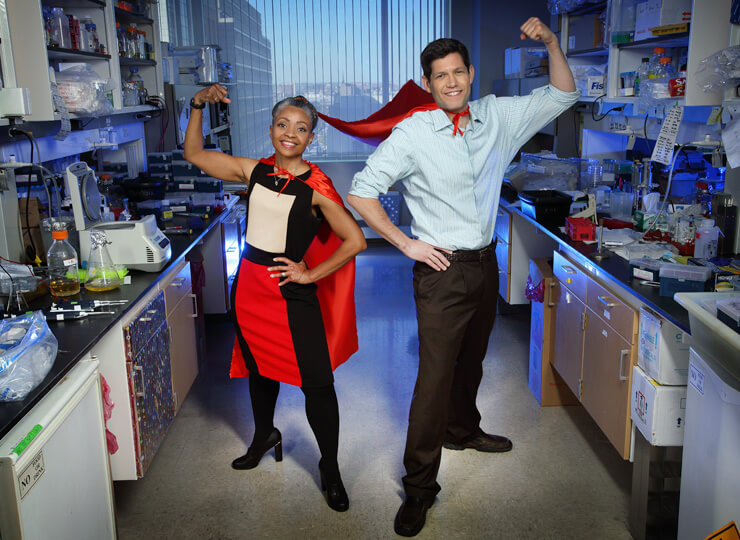 Brenda Figueroa never qualified to give blood, but that didn't stop her from encouraging others to donate. Over the course of her 32 years at The Johns Hopkins University, the co-administrator in pharmacology has recruited hundreds of blood donors. Among them is pharmacology assistant professor Sean Taverna. "Having seen the positive impact that blood donation makes," he says, "I try to help make a difference." But carving out time from his busy schedule to donate isn't easy. Enter Figueroa, who manages pharmacology team members' schedules. She regularly sends Taverna reminders. "We're the dynamic duo," she says, "and every hero needs a sidekick." 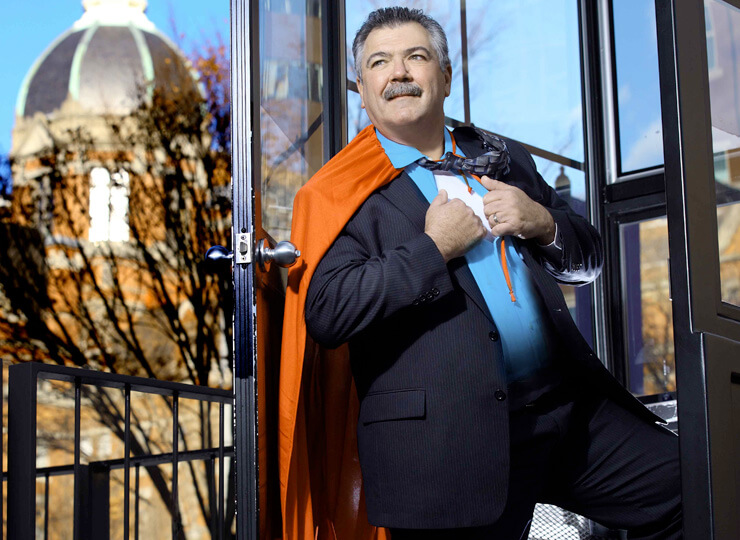 George Economas, Johns Hopkins Medicine's senior director of corporate security, began donating blood in 1981, when his sister was battling breast cancer and receiving transfusions during treatment. But when he learned that his blood type made him a universal donor—meaning that it could be accepted by anyone—he started donating regularly. "I hate needles," he says, "but I do it anyway; it gives me an emotional boost every time, knowing that my blood is being used to save lives." 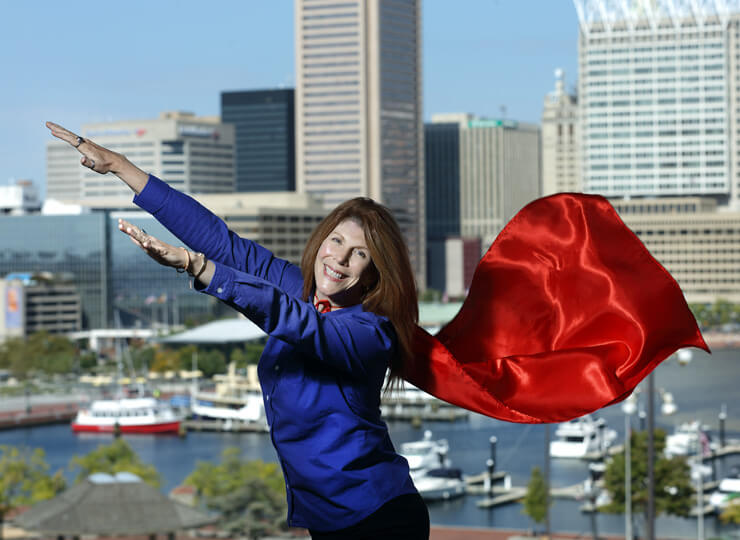 When Jennifer Ciattei turned 18, her father told her how happy he was that she was finally old enough to give blood. His comment puzzled her. Many years later, says Ciattei, Web content specialist for neurology and neurosurgery, her father suffered a bleeding crisis triggered by lung cancer. She rushed to the hospital and saw the bags of blood at his bedside, each stamped "VOLUNTEER DONOR." Because of that blood, says Ciattei, her dad survived that event, "and I was given the gift of more time with him." Now, every time Ciattei donates blood, she says, "I think of his dear, smiling face and draw comfort from knowing that I might be enabling someone to spend more days with a loved one." 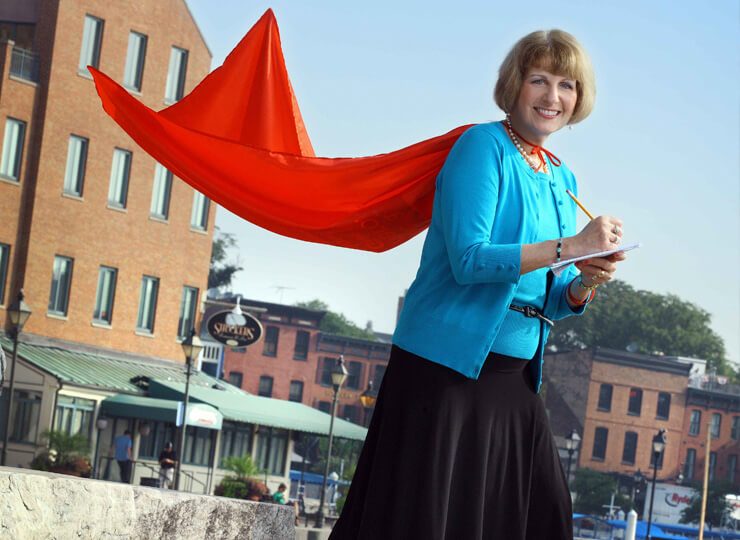 Giving blood has taken on new meaning for Johns Hopkins Medicine senior writer/editor Judy Minkove since her daughter, Rachel, passed away. Over the course of four years, Rachel required gallons of blood products as she battled Hodgkin's lymphoma. Though the disease ultimately took Rachel's life, the experience inspired Minkove to donate blood regularly. “My daughter depended on strangers' blood to prolong her life," she says. "More than ever, I understand that I have the potential to extend other lives. How can I not want to return the favor and honor Rachel's memory in the process? 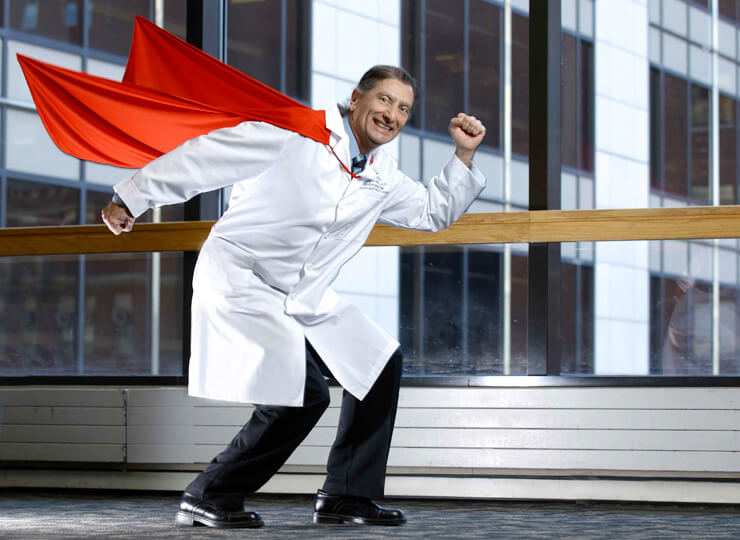 Mohamed Lehar, a school of medicine researcher in Otolaryngology, has donated more than 15 gallons of blood over the course of his 29-year Johns Hopkins career. He began donating when he was in high school in South Africa and says he feels compelled to give whenever possible. "It’s easy," he says, "and the need is dire." 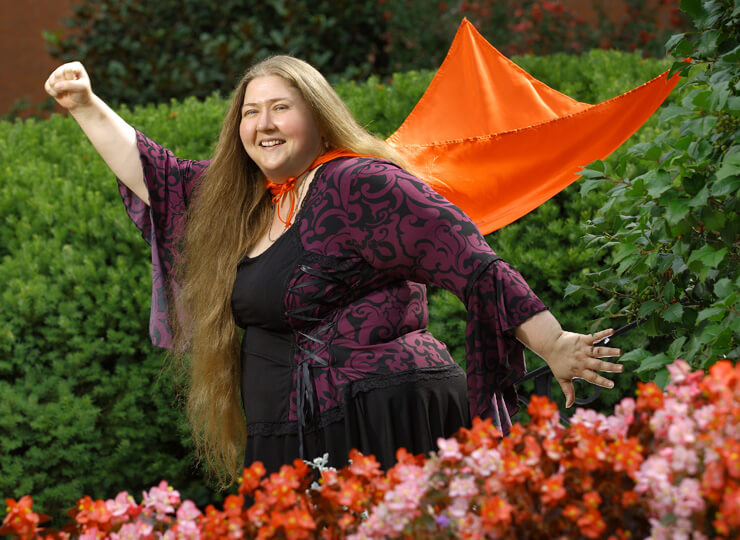 When Amber Michalik delivered her second child prematurely, she noticed that many babies in the prenatal intensive care unit needed blood transfusions. Though her daughter didn't require any, she never forgot the sight of transfusion bags being delivered to the newborns. Not long afterward, Michalik's father-in-law needed blood following surgery. Since then, Michalik, a data coordinator in oncology research, has been making "double-red" blood donations, in which twice as many red blood cells can be collected at once through a filtering machine. "Giving double-reds means my donation will make an even greater impact," says Michalik. "Also, I have a rare blood type, so I feel good knowing that my donation will boost the supply for others with my cell type."

Giving blood is an easy way to give back, and it only takes about an hour. Sign up below to make a difference for accident victims, cancer patients and others in need.

Even if you can’t give blood, bringing in first-time donors or volunteering your time can make a difference. Do you have an hour or two to volunteer? Give a few hours of your time to help the drives run smoothly and to assist donors through the process. Email johnshopkinsblooddrive@jhmi.edu to volunteer at an upcoming blood drive.

You can also volunteer to become a departmental coordinator or ambassador, where you will work to share your story and recruit others in your department. For more information about this, or any other questions about the Johns Hopkins blood drives, email johnshopkinsblooddrive@jhmi.edu.

The Importance of Donating Blood