Melissa was healthy and active but had also experienced some unexplained arm pain for as long as she could remember. 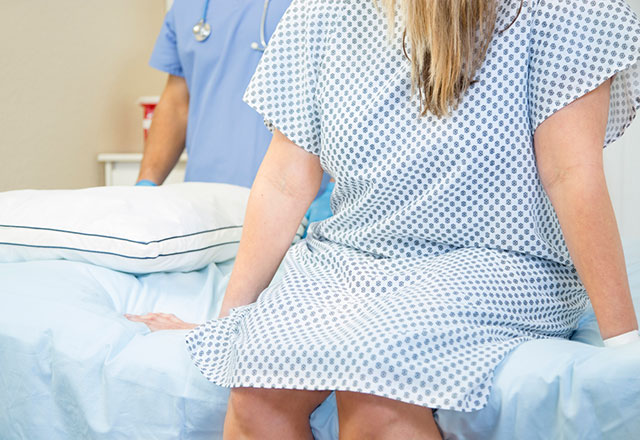 Melissa, a busy mother and successful physician from Potomac, Maryland, was accustomed to living an active and hectic lifestyle, as four children and a busy career brought many demands. Melissa was healthy and active but had also experienced some unexplained arm pain for as long as she could remember. It was nothing serious or debilitating, just present and something she had grown accustomed to feeling. However, when she began experiencing focal point tenderness in her left thumb along with a noticeable difficulty flexing it, she waited just a few weeks before seeking help.

At the advice of a colleague and friend who was also a rehabilitation specialist, she scheduled an appointment with a local hand surgeon. A physical exam and some testing showed no signs of a fracture or bone cancer. “They weren’t concerned. They thought it might be a nerve irritation or something muscular. I was told to give it some time,” she explains. Several months passed, but the pain did not go away; instead, the discomfort in her hand began to spread up her arm to her elbow, bringing with it a weakening of her left arm. For Melissa, it was becoming increasingly difficult to do ordinary tasks and, even more troubling, she was beginning to notice symptoms on her right side as well as her left.

Melissa recalls that the turning point in her need to find answers to the source of her pain happened during a yoga class she attended while on vacation. “I was by far the youngest woman in the yoga class, only in my 40s, while the others were mostly in their 70s. I had to leave the class because I was experiencing painful tingling in my arms while trying to do the poses that required me to keep my arms outstretched, making it impossible to continue.” Melissa remembered thinking that she was strong, athletic and otherwise healthy, and was far too young not to be able to keep up with a yoga class. She knew it was time for a second opinion.

Melissa again made an appointment to see her rehabilitation specialist colleague. After a thorough exam and neck X-ray, he diagnosed her with thoracic outlet syndrome (TOS), which is caused when blood vessels or nerves in the space between the collarbone and first rib — the thoracic outlet — are compressed. This can result in shoulder and neck pain as well as finger numbness, symptoms that were very much consistent with Melissa’s experience. He recommended she try physical therapy, but after three months of therapy, her symptoms had not improved. The pain actually seemed to be getting worse. At that point, Melissa’s colleague decided to take the next step and refer her to a specialist.

Realizing the difficulty associated with treating TOS, Melissa’s colleague concentrated on finding the right doctor to treat her condition. He identified an expert in the field, Ying Wei Lum, M.D., a vascular surgeon at The Johns Hopkins Hospital, to whom he referred Melissa. He specializes in the diagnosis and treatment of TOS.

Following an ultrasound, Lum diagnosed Melissa with neurogenic and venous TOS. Although she came in with symptoms of neurogenic TOS (pain, numbness, tingling, arm fatigue), the ultrasound revealed that she showed evidence of old scarring in the vein as well. This finding increased the suspicion that she had a narrowed thoracic outlet, and her symptoms could be explained by the compression of the brachial plexus. Lum told Melissa that there were several factors from her past that likely contributed to her condition, including her participation in competitive gymnastics and a minor car accident in her teens.

Lum operated on Melissa, removing her first rib and parts of her scalene muscle. He also cleaned out scar tissue and muscle fibers around the nerve. The surgery was successful, even adding half  an inch to Melissa’s height.

Currently, Melissa reports a 75 percent improvement and major relief from the pain as she continues to perform exercises that will eventually bring her to 100 percent recovery. “All I can say is that I was led to the right place. I never had surgery before and coming to Johns Hopkins was a good experience from start to finish. I had a very successful surgery and was very happy with Dr. Lum, “ she says.