At 318 pounds, Judy Barnett of Essex, Maryland, was concerned about the health effects of carrying too much weight. “My father died young from heart and kidney complications of diabetes,” she says, adding that her own bloodwork revealed high blood sugar as well.

She also had other difficulties. “It was hard to travel by plane,” Judy says. “I needed a seatbelt extender, and it was impossible for me to sit in the middle seat without invading my husband’s space in the seat next to me.” 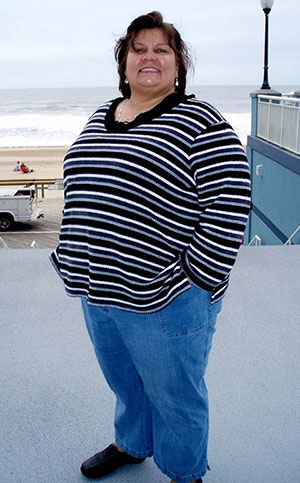 Her first bariatric (weight loss) surgical procedure was a sleeve gastrectomy in 2015. It worked for a while. But Judy was disappointed when, after a short time, her weight loss slowed down and “plateaued.”

Two years later, she underwent another bariatric operation called a gastric bypass, which surgically reduces the size of the upper stomach, making it a small pouch, and then connects it to the small intestine. That, too, ultimately resulted in less weight loss than she had hoped for.

Why Some Patients Regain Weight After Bariatric Surgery

Experts at Johns Hopkins’ Concierge Endoscopic Weight Loss Program explain that people can regain weight after bypass procedures such as the gastric bypass.

“When patients undergo a gastric bypass operation, they can lose 100 pounds or more in the first nine to 12 months, and then they often plateau,” one surgeon explains. Over time, he says, the smaller stomach pouch created by the surgery, along with the connection between the pouch and the intestine, can stretch.

“In five to eight years after the surgery, about half of patients regain their weight. About 30% gain it all back. When this happens to patients, they’re embarrassed. They feel like a failure. It’s a horrible feeling.”

Transoral gastric outlet reduction is a minimally invasive procedure to retighten the gastric outlet, a circular opening between the stomach and the small intestine. A smaller opening allows food to stay in the stomach for a longer time so the patient feels fuller longer.

The surgeon accesses the gastric outlet through the patient’s mouth, using a hollow, lighted tube called an endoscope. Using instruments guided through the endoscope, the surgeon puts sutures (stitches) in the opening to make it smaller. There is no visible scar.

The procedure can “reignite” weight loss, with little downtime.

Though there might be some discomfort right after the procedure, patients can go back to their normal activities in a couple of days. Over the course of four weeks, they go from a liquid diet to a soft food diet, and finally can eat regular foods.

The staff really cared about me and my success.

The Right Doctors at the Right Time

In 2018, Judy watched a video explaining Johns Hopkins’ approach to bariatric endoscopy. She contacted the Endoscopic Weight Loss Program, and from the first meeting, she felt like it was the right place for her. “The surgeon talked to me, not at me,” she says.

Judy’s surgeon examined her gastric outlet with an endoscope. He also took into account his patient’s mental and emotional health. Judy says, “We discussed my successes and failures, my feelings about weight loss, and what my expectations were for the procedure.”

Her fear of yet another disappointment faded as she and the surgeon talked. He explained to Judy that the surgery could give her an advantage, but it would be up to her to maintain a healthy lifestyle, including regular exercise and nutritious foods.

As it turned out, Judy was a good patient for the transoral gastric outlet reduction. Engaged and well-informed, she took time to understand the procedure and her role in its success. 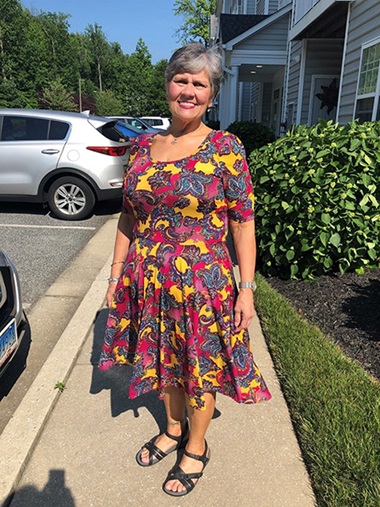 The transoral gastric outlet reduction itself, she says, took only about 45 minutes. Afterward, Judy says, “I started losing weight rapidly. With that procedure and follow-up, I've lost another 60 pounds.” She says she now weighs less than she did in high school. “I have collarbones!” she exclaims.

On a recent family trip, Judy stopped at a boutique and saw a rack of colorful dresses by a resort wear designer whose clothes she’d long coveted. The designer’s clothes are not available in plus sizes, so Judy had never been able to wear them. But, that day, she tried on one of the dresses. “I was over the moon when it fit,” Judy says.

Her health has improved, too. “I can go for a walk and not have pain. I can breathe more easily, and my heart rate is slower than it was before.” Judy says her blood sugar levels no longer indicate diabetes.

Judy is grateful to her husband, Rich, whom she says has been her coach, cheerleader and support throughout the entire process.

Following Up with Bariatric Care

Judy continued to work with the care team, which monitored her success, and even touched up the procedure to ensure the gastric outlet stays small. An application of heat to the perimeter of the gastric outlet helps create scar tissue, which prevents the diameter from expanding.

“The doctors were so kind. They care about their patients. They explain everything in detail, and makes sure you’re fully informed and your expectations are realistic. The procedure is just a tool: The weight loss is the patient’s responsibility.”

Her advice to prospective patients is to find a specialist with excellent technical skills and expertise, along with kindness and compassion.

“This was the first team that I felt really cared about me and my success,” she says. “They were confident in their ability to help me, and that made me feel confident, too.”