What are the effects of stroke?

The brain is divided into 3 main areas:

Depending on which of these regions of the brain the stroke occurs, the effects may be very different. 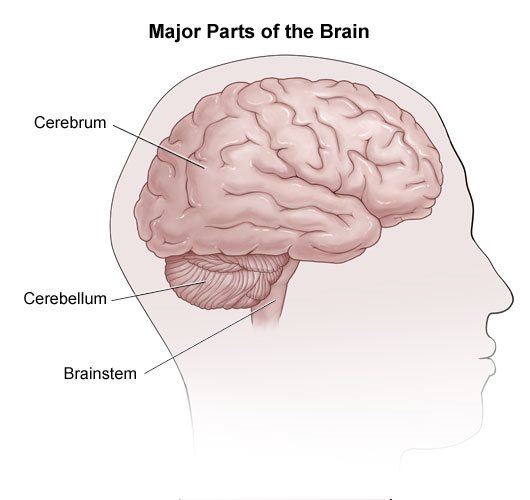 What effects can be seen with a stroke in the cerebrum?

The cerebrum is the part of the brain that occupies the top and front portions of the skull. It controls movement and sensation, speech, thinking, reasoning, memory, vision, and emotions. The cerebrum is divided into the right and left sides, or hemispheres.

Depending on the area and side of the cerebrum affected by the stroke, any, or all, of these functions may be impaired:

In addition to these general effects, some specific impairments may occur when a particular area of the cerebrum is damaged.

Maggie Whittum suffered a life-threatening stroke that left half her face paralyzed, a devastating loss for a talented actress. Today, she's back to performing.

Effects of a right hemisphere stroke in the cerebrum

The effects of a right hemisphere stroke may include:

Effects of a left hemisphere stroke in the cerebrum

The effects of a left hemisphere stroke may include:

What effects can be seen with a stroke in the cerebellum?

The cerebellum is located beneath and behind the cerebrum towards the back of the skull. It receives sensory information from the body through the spinal cord. It helps coordinate muscle action and control, fine movement, coordination, and balance.

What effects can be seen with a stroke in the brainstem?

The brainstem is located at the base of the brain right above the spinal cord. Many of the body's vital "life-support" functions such as heartbeat, blood pressure, and breathing are controlled by the brainstem. It also helps control the main nerves involved with eye movement, hearing, speech, chewing, and swallowing. Some common effects of a stroke in the brainstem include problems with: