Dealing with Discrimination When You Have HIV

We've come a long way in our understanding of HIV and AIDS, but discrimination against people with HIV/AIDS is still rampant. Advances in research have made it possible to live with the disease, as people do with other chronic illnesses. But the greatest challenge for many people is still the stigma that accompanies the illness. 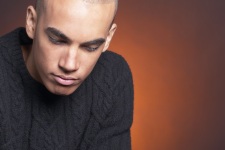 You may worry about what others will think about your diagnosis. Or you may fear coming out as gay or bisexual, or as an intravenous (IV) drug user. These worries and fears can encourage behaviors that put you and others at risk. These behaviors include:

The burden of AIDS is much higher among African-Americans. Homophobia and fear of people with HIV/AIDS are particularly strong in the African-American community. These fears mean that many people are afraid to acknowledge their sexual orientation or HIV-positive status. For these reasons, many prefer to risk infection rather than face the stigma of HIV/AIDS.

From the bleakest early days of the epidemic, Johns Hopkins has been a leader in understanding, treating and preventing HIV and AIDS. Explore 35 years of progress, here and around the world, including the nation’s first HIV-positive to HIV-positive organ transplants, performed at The Johns Hopkins Hospital in 2016.

The reality of discrimination

Experts warn that "addictphobia" has contributed to discrimination against those who were infected with HIV through IV drug use. "Addictphobia" refers to negative beliefs and misconceptions about people who use illegal drugs. Among these false notions are the ideas that addiction is a moral failing and that addicts are unable or unwilling to change. These prejudices have slowed the availability of treatment centers for people who abuse drugs. As a result, people who are HIV-positive, African-American, and use IV drugs often face three stigmas. This heavy burden can increase isolation, anxiety, distress, and depression among those who are HIV-positive.

You have many ways to take action to reduce the stigma and discrimination you may be facing: