Arteriovenous malformations (AVMs) happen when a group of blood vessels in your body forms incorrectly. In these malformations, arteries and veins are unusually tangled and form direct connections, bypassing normal tissues. This usually happens during development before birth or shortly after.

Most people with AVMs have no initial symptoms or problems. Instead, the problem is discovered when health care providers treat another unrelated health concern. Sometimes the rupture of one of the blood vessels in an AVM will bring the issue to medical attention. Sometimes AVMs are only found after death, during an autopsy. 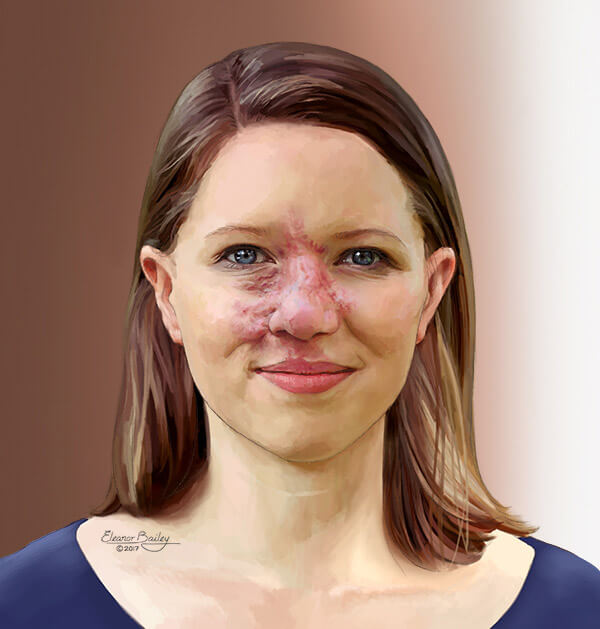 Most people with AVMs will never have any problems. If symptoms have not appeared by the time a person is 50, they may never appear. Women sometimes have symptoms as a result of the burden that pregnancy places on the blood vessels. Nearly 12 percent of people with AVMs do have some symptoms, however.

No one knows why AVMs form. Some experts believe that the risk of developing AVMs could be genetic. AVMs can form anywhere in the body. Those that form in the brain or close to the spinal cord, called neurological AVMs, are most likely to have long-term effects.

The biggest concern related to AVMs is that they will cause uncontrolled bleeding, or hemorrhage. Fewer than 4 percent of AVMs hemorrhage, but those that do can have severe, even fatal, effects. Death as a direct result of an AVM happens in about 1 percent of people with AVMs.

Sometimes AVMs can reduce the amount of oxygen getting to the brain and spinal cord (this is sometimes called a "steal" effect, as if the blood were being "stolen" from where it should be flowing). AVMs can sometimes put pressure on surrounding tissues. Steal can also occur elsewhere in the body, such as in the hands or feet, but may not be as apparent.

An AVM occurs when arteries and veins aren't formed correctly in an area of the body. Normally arteries take blood from the heart to the body. Blood with fresh oxygen and nutrients is brought through the arteries into very tiny vessels called capillaries. Through these tiny vessels, blood travels into the body's tissues. Blood then leaves the tissues through the capillaries and empties into veins, which bring blood back to the heart. Capillaries are tiny vessels that help the blood to slow down. This allows the blood to deliver oxygen and nutrients into tissues.

In an AVM, there are no capillaries, so blood does not slow down, and it does not get to deliver oxygen and nutrients to the body's tissues. Instead, blood that is flowing very fast (high flow) goes directly from an artery to a vein. Rarely, if there is a lot of flow through an AVM, it can cause the heart to work too hard to keep up, leading to heart failure.

Although present at birth, an AVM may be found soon after birth or much later in life, depending on its size and location. AVMs can become apparent after an accident or as a child grows into an adult (during puberty). As a patient's body grows, the AVM grows too.

AVMs grow and change over time. AVMs are often organized using a scale called the Schöbinger staging system. Not all AVMS go through every stage.

An arteriovenous fistula (AVF) is similar to an AVM. It is an abnormal connection between an artery and a vein. You can be born with an AVF, but often an AVF will develop after an accident, trauma or even after a medical procedure. The goal of treating an AVF is to close down the abnormal connection between the artery and the vein. An AVF can be treated by a specialist who also treats AVMs.

Symptoms of AVMs depend on where the malformation is located. AVMs have a high risk of bleeding. AVMs can get bigger as a person grows. They often get bigger during puberty, pregnancy or after a trauma or injury. A person with an AVM is at risk for pain, ulcers, bleeding and, if the AVM is large enough, heart failure.

An AVM can be mistaken for a capillary malformation (often called a "port wine stain") or an infantile hemangioma.

These are physical symptoms:

Complications of AVMs include:

When to Call the Health Care Provider

Some people only find out about an AVM when it bleeds. This causes stroke in some people. If you notice symptoms such seizure, numbness, vomiting or physical weakness, go immediately to the emergency room or call 911 to get help. However, any time an AVM is suspected, you should contact a health care provider, even without obvious symptoms.

Doctors can diagnose many AVMs by reviewing the patient's history and looking at the affected area (history and physical exam). In general, AVMs are not hereditary (not passed on from parent to child).

AVMs can sometimes be mistaken for infantile hemangioma (IH). An AVM gets bigger when the child is no longer a baby. IHs only grow during infancy.

AVMs can sometimes be mistaken for capillary malformations (CMs), commonly called "port wine stains". The difference is that an AVM has fast-flowing blood in the larger blood vessels underneath the skin. The blood vessels in a CM are small and in the top layers of the skin only.

The final diagnosis, however, is usually made based on imaging tests that show areas of blood flow. An ultrasound is often the first test ordered when there is suspicion that a person might have an AVM. An ultrasound uses sound waves to make a picture of the blood vessels and tissues under the skin. It can also be used to detect the speed of blood flow, which helps doctors diagnose an AVM.

Ultrasound is a good method for young children because it doesn't require putting a child to sleep with anesthesia, and it is completely painless.

An image of an AVM will show many winding, bending arteries and also wide veins. The blood will be seen to flow very quickly from the arteries to the veins.

MRI gives more detailed pictures of the size and location of an AVM inside the body. MRI also shows what other important things, such as nerves, are near the AVM and that may be affected by treatment.

A CT scan will show whether the AVM is affecting a bone. A CT scan is like an MRI, except it uses X-rays instead of magnetic fields.

An angiogram may be ordered to give a very detailed picture of the blood vessels. Angiograms are done under general anesthesia. They can be used to diagnose and "map" the blood vessels in an AVM and are also used during treatment of an AVM.

AVMs are benign, which means they are not cancer. Treatment of an AVM is focused on managing the symptoms and improving the life of the patient. There are no drugs yet that have been proven to cure an AVM.

A team of doctors will work together to treat an AVM. An interventional radiologist is a doctor who can read pictures and scans of the body and use these images to treat an AVM. This doctor will play a role in both diagnosing and treating your AVM. Surgeons may also be involved.

The decision to treat an AVM is made by both the doctor and the patient. The age of the patient and the AVM's size, location and stage are all part of the decision-making process. If an AVM isn't causing problems (pain or loss of function) for the patient, then doctors may recommend just regular follow-up visits.

Because AVMs can expand over time, once an AVM starts causing problems, doctors will often start treatment. If an AVM is in a sensitive or dangerous area, doctors may discuss treatment sooner instead of waiting. Many patients with an AVM get treated when they are a child or teenager. Although some medicines are being tested for the treatment of AVM, there are no medicines that have been proven to treat an AVM.

Embolization and Sclerotherapy Treatment for AVMs

In embolization, materials such as medical glue, metal coils or even plugs are put into the center of the AVM through a tube called a catheter, which is inserted through a blood vessel. These materials help to block blood flow. For an AVM, embolization is often done through an artery or a vein connected to the AVM. When an AVM is blocked, blood stops flowing into it, and this helps shrink the AVM.

In sclerotherapy, a liquid medicine called a sclerosant is injected into the AVM to destroy the vessels and cause scars to form. This process also leads to less or no blood flow through the AVM. Sclerotherapy is often used to treat other vascular malformations, such as venous malformations and lymphatic malformations as well.

During sclerotherapy, a doctor will use ultrasound and X-ray imaging to target the AVM.

Embolization and sclerotherapy are not cures for AVM, but rather, are used to manage AVM. They help with symptoms and make the AVM smaller. Over time, the AVM will likely re-expand. Most patients get this treatment several times throughout their life. The goal is to limit the symptoms as much as possible.

Sometimes, embolization and sclerotherapy to treat AVM are done together to get the best result.

Ulceration, meaning an open wound on the skin, is the most common complication of the embolization/sclerotherapy procedure. If an ulcer occurs, your doctor will treat it.

Another less common complication of embolization/sclerotherapy is damage to a nearby nerve. This may cause numbness or lack of strength and is usually temporary.

Your doctor and the treatment team will prepare you for what happens normally after the procedure. They will talk with you about benefits and risks.

Typically, during the procedure the patient is asleep under general anesthesia given by a doctor called an anesthesiologist.

Some patients can go home the day of the procedure; some stay in the hospital to recover overnight or for longer.

Multiple treatments are often needed and are usually spaced about six weeks apart or more. Following treatment, there could be swelling, irritation on the skin and bruising at the treated site.

For some AVMs, surgery is an option. Major blood loss is a risk during AVM surgery. Embolization or sclerotherapy is sometimes done before surgery to decrease the risk of bleeding. Surgery for AVMs should be done only by surgeons with experience in treating these complicated conditions.

AVMs happen before birth or shortly thereafter. Because their cause is unknown, you can't prevent them. The best approach is to respond quickly to the symptoms listed above.

Our Approach to Treating Vascular Anomalies

Johns Hopkins Medicine has developed a multidisciplinary Vascular Anomalies Center in order to offer patients individualized treatment. As a leader in diagnosing, researching and treating vascular anomalies and vascular tumors, our team of specialists provide comprehensive treatment and care.