The Richard W. TeLinde Gynecologic Pathology Research Program continues the tradition of its namesake by advancing science in studying gynecologic diseases, and training scientists and physicians as future leaders in their fields. Dr. Richard W. TeLinde, a former director of the Department of Gynecology at Johns Hopkins, was an accomplished physician, visionary researcher and dedicated educator. With his generosity, this interdepartmental program was established in 1988 and is currently directed by Ie-Ming Shih, M.D., Ph.D., who continues his legacy and fulfills his vision in gynecologic pathology research.

The program's research activities are reflected in the making of new scientific discoveries in gynecologic pathology and receiving several program grant awards from the National Institutes of Health's Cervical Cancer SPORE, the Department of Defense Ovarian Cancer Consortium and the NIH/NCI UO1 Early Detection Network study, in addition to individual research awards. This program has supported the Johns Hopkins Gynecologic Tumor Bank for more than a decade.

Our strong commitment to continuing the legacy of Dr. TeLinde is evident in our basic science and translational research, which focuses on ovarian, uterine, and cervical cancers, as well as gestational trophoblastic diseases (tumors arising in the placental cells during the early stages of pregnancy) and endometriosis. 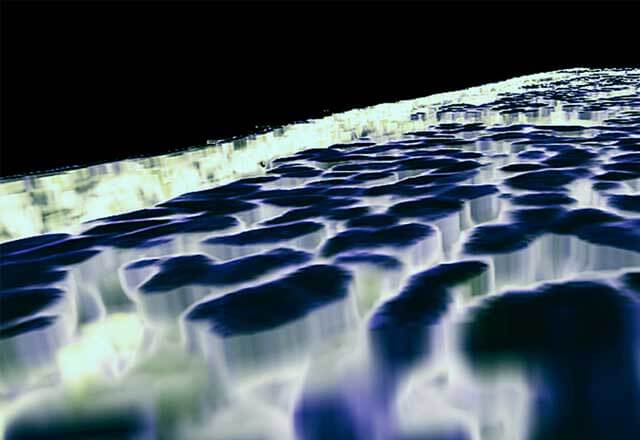 The study of drug resistance in ovarian cancer (artist's rendition).

Ovarian cancer is one of the most aggressive gynecologic cancers and remains one of the least understood. Our scientists are developing new tools to identify and characterize molecular alterations that occur during the formation and progression of ovarian cancers. Recent genome-wide analyses by Johns Hopkins investigators have pinpointed specific molecular changes in several new cancer-associated genes, including ARID1A, Rsf-1, SYK, NAC-1 and Notch3. Our translational research focuses on early cancer detection using body fluid samples ("liquid biopsy") and innovative molecular techniques. We are also studying new therapeutic reagents and immunotherapies that target cancer-associated molecules, with the goal of developing new drugs to treat recurrent ovarian cancer. 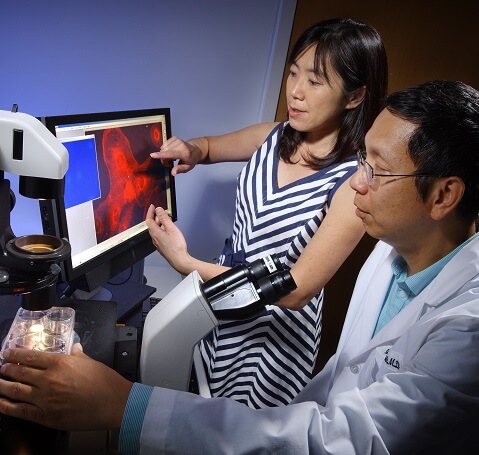 Learn more about our Ovarian SPORE research and clinical trials.

Uterine corpus cancer is the most common gynecologic cancer and its incidence is rising. In order to better understand how it develops and progresses, the investigators at Johns Hopkins are studying its causes at the molecular level. Our researchers are also developing new molecular methods that can be introduced to clinics for screening uterine cancer using cervical cytology specimens (like the Pap smear). Our clinical scientists are evaluating new therapeutic strategies to benefit patients who suffer from specific types of uterine cancer in a clinical trial setting.

Johns Hopkins is a member of the Specialized Program of Research Excellence in Cervical Cancer. With support from the National Cancer Institute, we are conducting basic, translational and clinical studies to prevent and treat cervical cancers. Previous studies have identified connections between immune system genes and HPV16. Current projects include the development of next-generation HPV vaccines to control HPV-associated precursor lesions and invasive cancer. Our dedicated researchers are working to extend the techniques used in HPV vaccine development to the creation of vaccines targeting other cancers with defined tumor antigens.

The TeLinde Laboratory works with the Howard W. and Georgeanna Seegar Jones Laboratory of Reproductive Sciences and Women's Health Research to study the pathogenesis of endometriosis (artist's rendition).

The faculty members in this program closely collaborate with researchers in the Howard W. and Georgeanna Seegar Jones Laboratory of Reproductive Sciences and Women's Health Research to study the molecular pathogenesis and translational aspects of endometriosis, a disease that affects many women of childbearing age.

The team has applied next-generation sequencing and other state-of-the-art technologies to explore the origin, clonal evolution and mechanisms of the “metastatic” nature of endometriosis. Moreover, we are assessing new biomarkers and developing new methods for early detection and risk prediction of endometriosis. Investigators are also studying the molecular mechanisms behind how some endometriosis cases develop into endometriosis-related ovarian cancers.

Gestational trophoblastic disease includes a heterogeneous group of tumors and tumor-like lesions with specific clinical features, morphologic characteristics and pathogenesis. The investigators in our program have an interest in studying their pathogenesis by demonstrating molecular alterations that are associated with the development of various types of trophoblastic tumors. Since a correct diagnosis of different types of trophoblastic disease is critical for clinical management, the gynecologic pathologists in this program have applied both morphology-based and molecular tests to precisely diagnose these lesions.

Learn More About Our Research 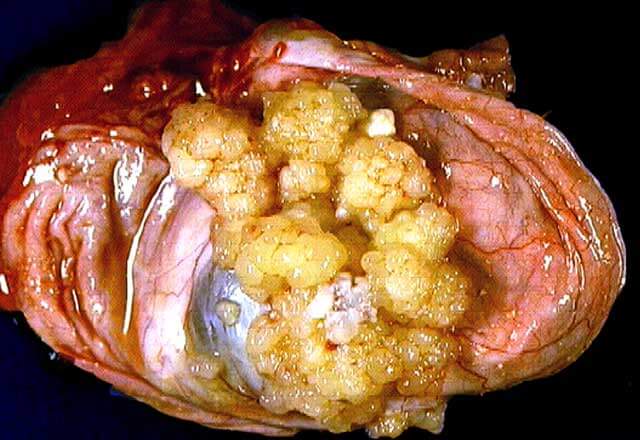 Scientists elucidate the pathogenesis of an ovarian serous borderline tumor. 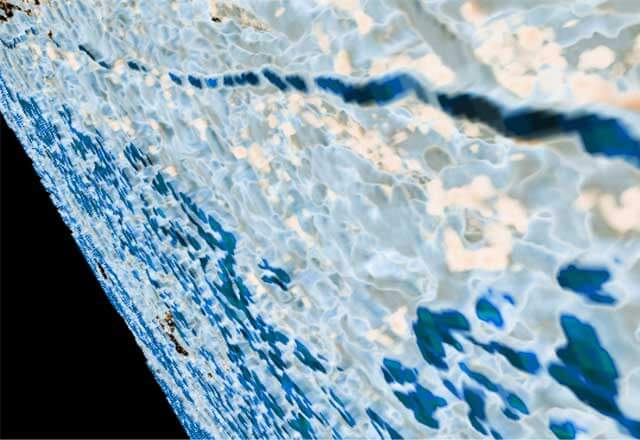 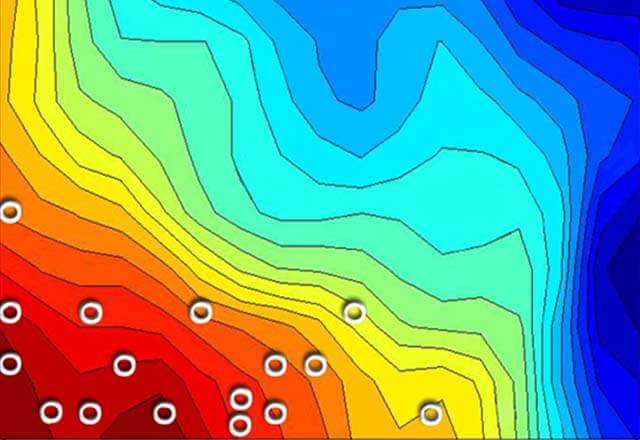 This chart depicts gene expression signatures as a predictive biomarker in gynecologic neoplasms. 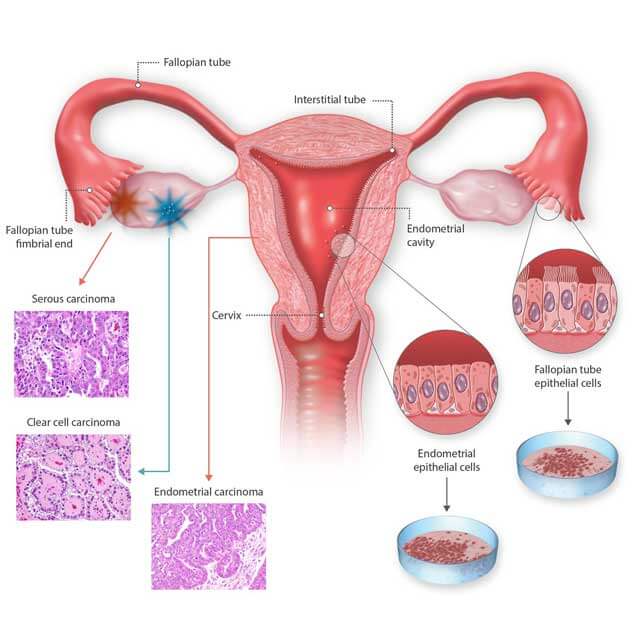 A depiction of the anatomical locations of gynecologic cancers. 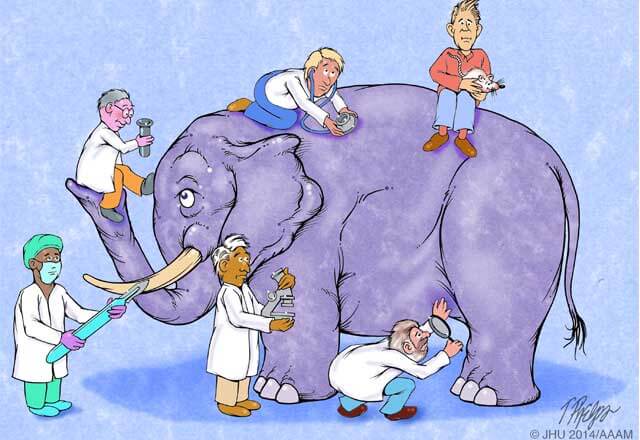 Scientists in the Richard W. TeLinde Gynecologic Pathology Research Laboratory take a multidisciplinary approach to their study of gynecologic cancers. 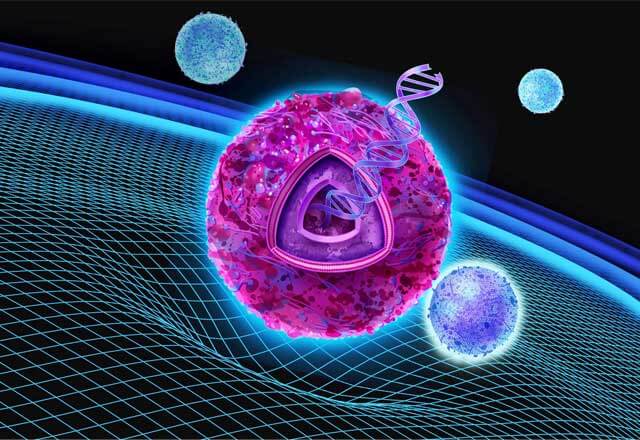 The TeLinde Laboratory has been working with the Howard W. and Georgeanna Seegar Jones Laboratory of Reproductive Sciences and Women's Health Research to study the pathogenesis of endometriosis. 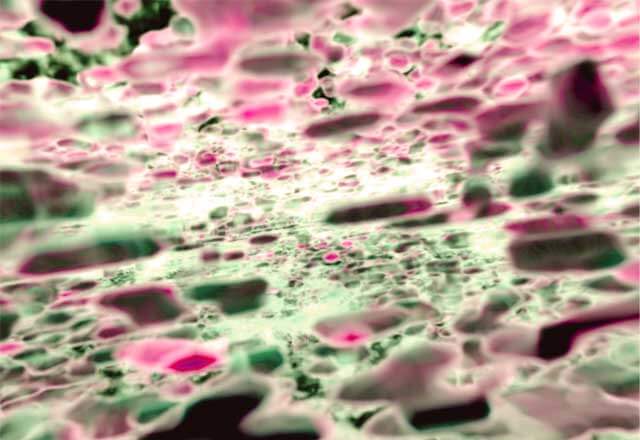 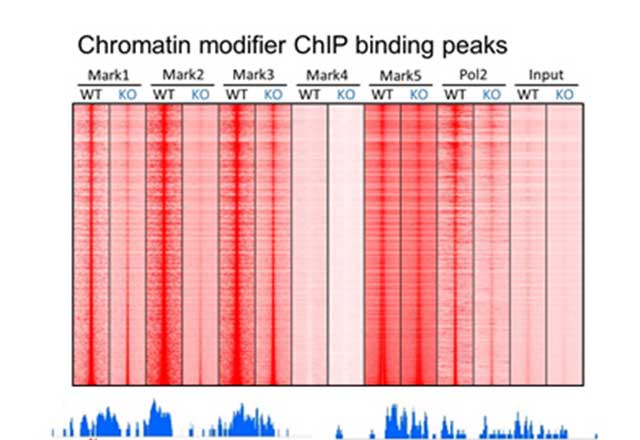 The role of chromatin remodeling is explored with regards to gynecologic tumors. 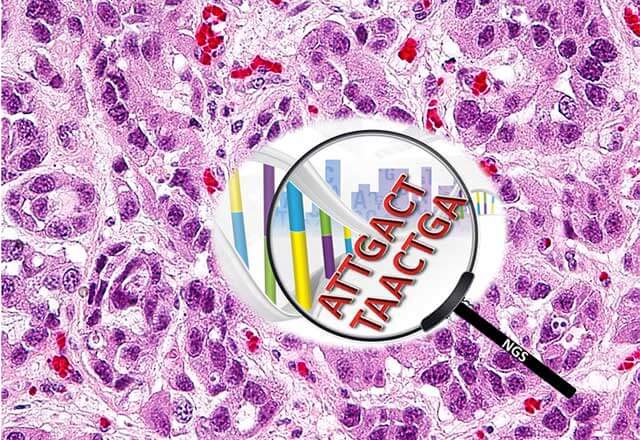 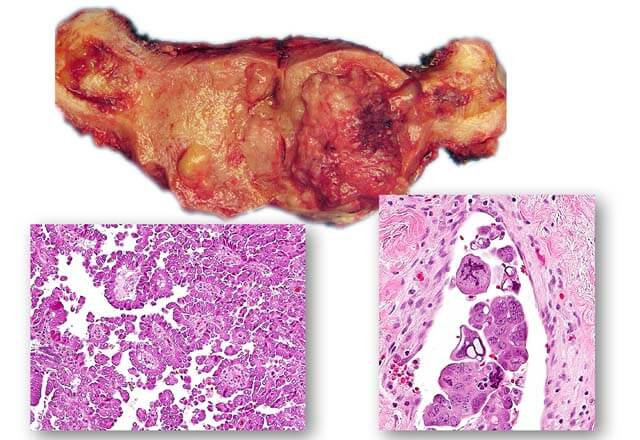 The molecular landscape of uterine serous carcinoma is explored.

Learn more about pregnancy and childbirth in the Johns Hopkins Health Library.

Take a tour of our birthing centers.