Obese and in pain, Lisa knew she had to change her life. 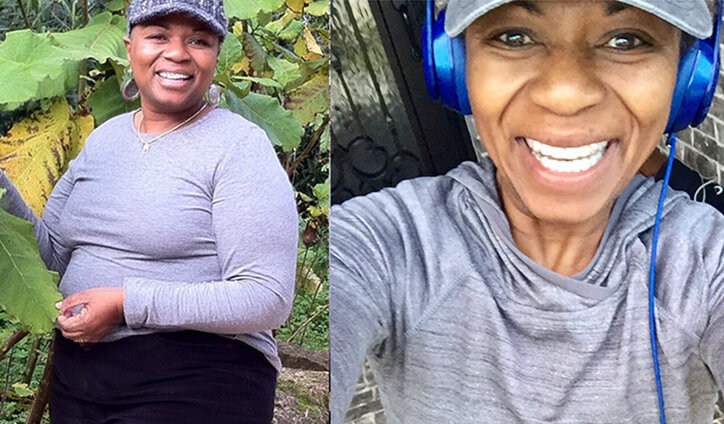 Committed to transforming her health, the Texas resident knew it would take a holistic approach to make changes in her thinking and eating to create a lifestyle that would last. Her research on the best way to make that transition led her to Johns Hopkins and the gastric balloon weight loss program offered through their concierge endoscopic weight loss clinic.

The gastric balloon is a great tool, but without a commitment to change diet and lifestyle, patients won’t achieve lasting success. That’s why this program addresses both aspects of weight loss — losing the weight and keeping it off.

According to the program’s experts, 114 million people in the United States would benefit from some type of weight loss regimen, and 16 million would qualify for bariatric (weight loss) surgery.

Obesity is a chronic disease that puts people at risk for developing conditions such as heart disease, high blood pressure, diabetes and osteoarthritis. The gastric balloon treatment is a safe weight loss treatment option for some patients who do not want to have surgery.

The procedure isn’t the best option for people who have a hiatal hernia, uncontrolled reflux, are on blood thinners or have had stomach surgery.

Lisa before (left) and after (right) losing 80 pounds.

Lisa had a phone consultation with the team, including Margo Dunlap, R.N., a clinical registered nurse and the program coordinator. Together, they discussed Lisa’s medical history and reviewed her medical information from her primary care doctor to determine if she was a candidate for the program.

They also talked candidly with Lisa about the limitations of the device and the work that was ahead for her.

They stressed that, regardless of the weight loss therapy used, at the end of the day, it’s up to the patient. The gastric balloon is a great tool, but without a commitment to change diet and lifestyle, patients won’t achieve lasting success. That’s why this program addresses both aspects of weight loss — losing the weight and keeping it off.

Although Lisa’s success was ultimately up to her, the year-long treatment incorporates support from a medical internist, nutritionist, exercise physiologist and a behavioral psychologist to help her learn and stick to the right habits.

Lisa felt the program was the jumpstart she needed in her journey to becoming the “new me.” She also believed the team was the clear choice to help her get there. She valued their experience and reputation and their flexibility to work with her from a distance. The program is one of many at Johns Hopkins that treats patients living out of state and internationally.

Accountability and Support When Needed

Lisa’s commitment and steady contact with her treatment team helped her lose 80 pounds.

The team attributes Lisa’s success to her focus on her goal and commitment to a lifestyle change.