Bhakti Hansoti Selected as a Living the Hopkins Mission Honoree 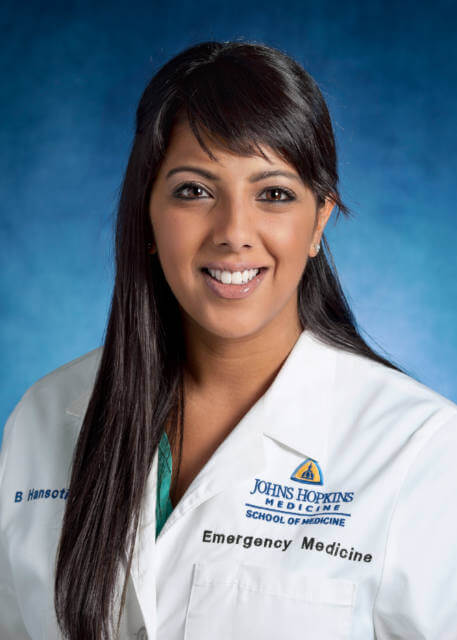 Bhakti Hansoti, M.B.Ch.B., assistant professor of emergency medicine in the Johns Hopkins University School of Medicine, was named a Living the Hopkins Mission honoree in October 2018. Hansoti was among 125 honorees chosen for their outstanding dedication to Johns Hopkins Medicine’s core values. Honorees were nominated by their peers as part of the celebration of the 125th anniversary of the Johns Hopkins University School of Medicine. According to her nomination, Hansoti was chosen for “her tireless efforts as a mentor and intellectual at Johns Hopkins.”

Read more about the recipients and what their peers had to say about them. 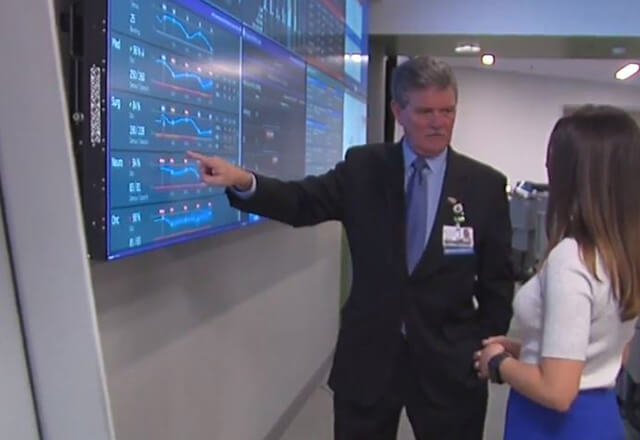 The Judy Reitz Capacity Command Center at The Johns Hopkins Hospital and Jim Scheulen, chief administrative officer for emergency medicine and capacity management, appeared in pieces that highlighted the command center in Fortune magazine in March/April 2018 and on WMAR-TV, Baltimore’s ABC affiliate, in May 2018.

View the Fortune article and video. 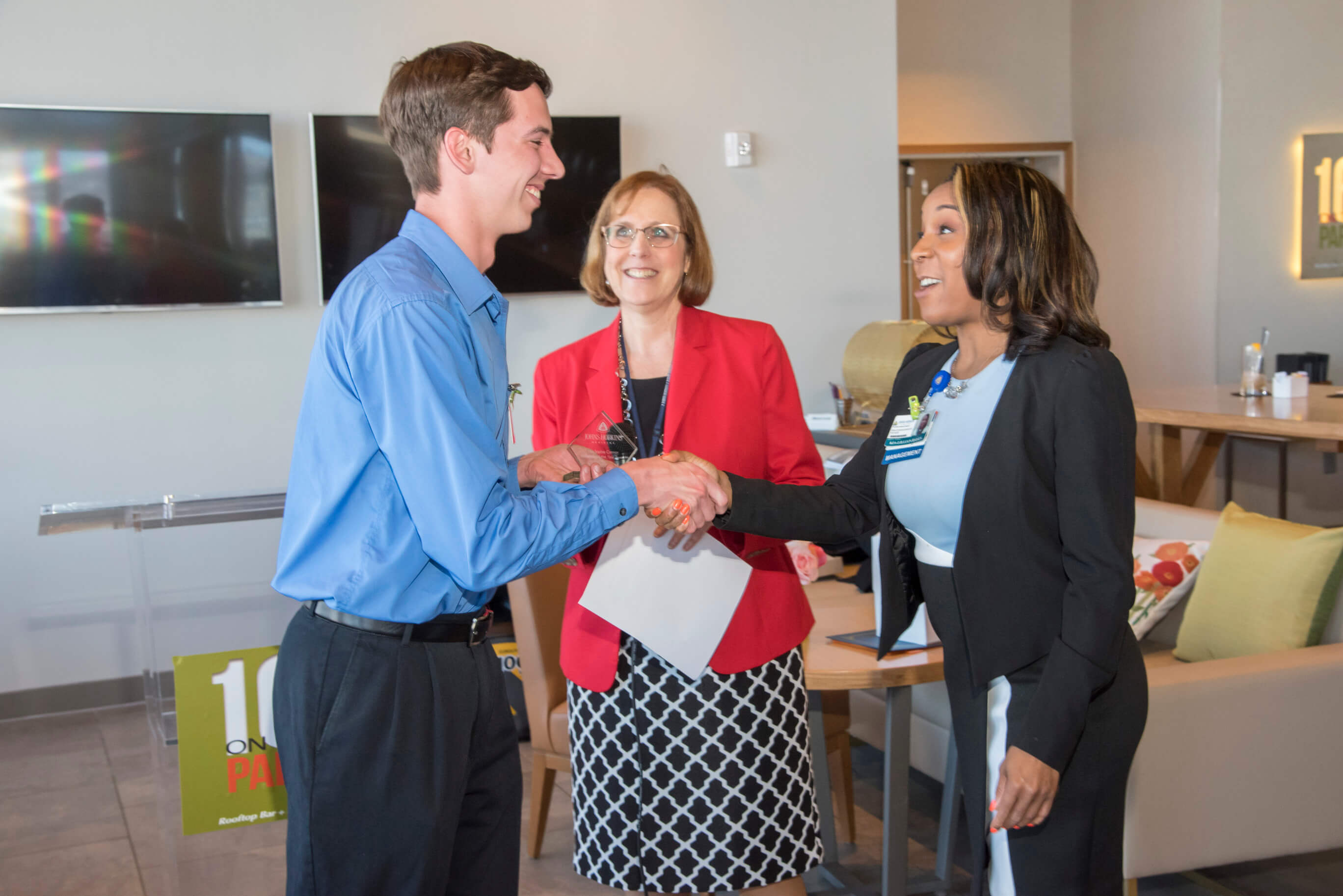 Rob Besch, chief of staff for the emergency department volunteer programs, was presented with the Sophie Conner Volunteer of the Year Award at a luncheon to celebrate volunteers at The Johns Hopkins Hospital during National Volunteer Week in April.

“Rob and all of our volunteers are a tremendously positive asset to our department,” says Mustapha Saheed, medical director of the Johns Hopkins Hospital Department of Emergency Medicine.

For information on volunteering or to apply to be a volunteer, visit Volunteer Services.

Emergency medicine physician Bhakti Hansoti and nurse Madeleine Whalen were among the researchers to publish a study that suggests HIV testing in a South African emergency department is an effective strategy to identify patients missed by current testing initiatives. The team’s findings were published in PLOS ONE in March 2018.

“This study not only helped identify the burden of disease, but is also leading to improvements in diagnosis and care in emergency departments across South Africa, a country which has been particularly hard hit by HIV,” says Richard Rothman, vice chair of research for the Department of Emergency Medicine. 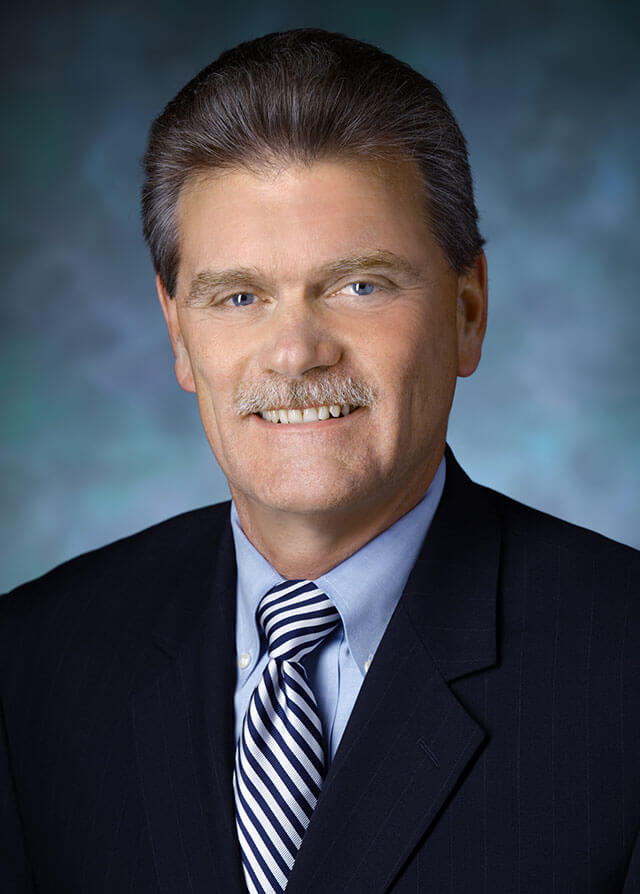 Maryland Governor Larry Hogan has selected Jim Scheulen, chief administrative officer of emergency medicine and capacity management at Johns Hopkins Medicine, to serve on the State Emergency Medical Services (EMS) Board. Scheulen was sworn in at the Baltimore County Courthouse in March.

Scheulen was chosen for the role due to his expertise as a hospital administrator and his involvement with the Maryland EMS system for the past 40 years. At Johns Hopkins, Scheulen is responsible for the operations of five Johns Hopkins Health System emergency departments, which together manage nearly 300,000 patient visits per year. Scheulen also heads Johns Hopkins Lifeline and the Hopkins Access Line, and together with Mary Margaret Jacobs manages capacity management efforts and the Judy Reitz Capacity Command Center.

Scheulen is considered an expert in hospital and emergency department operations and has been active in the leadership of pre-hospital EMS and emergency preparedness for Johns Hopkins and the state of Maryland.

As part of the 11-member State EMS Board, Scheulen will work alongside other board members to coordinate and oversee the Institute for Emergency Medical Services Systems and the state’s five EMS regions, as well as the planning and operation of EMS with federal, state and county governments, the training, certification and licensure of EMS providers, and more.

“Maryland has long been a national leader in EMS, and I’ve been proud to be part of that system for some time,” Scheulen says. “The opportunity to serve on the EMS Board is a real privilege. I look forward to supporting our EMS providers who provide care to Maryland citizens every day.” 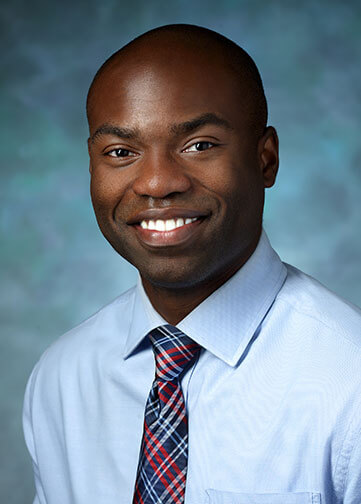 Derrick Ashong has been named a recipient of the 7th Annual Frank Coulson Jr. Award for Clinical Excellence. The award, given by the Miller-Coulson Academy of Clinical Excellence at Johns Hopkins Medicine, recognizes and promotes clinical excellence for the benefit of individuals and communities. Applicants are nominated by their program directors. Emergency medicine physician and program director of the Emergency Medicine Residency Program Linda Regan says Ashong demonstrates a passion for his work, patients and colleagues, which is a joy to watch. Ashong is the seventh resident in the Department of Emergency Medicine’s residency program to be awarded this honor.