Margaret Moon, M.D., M.P.H., associate professor of pediatrics at the school of medicine, has been named the inaugural chief medical officer for the Johns Hopkins Children’s Center. In this new role, she will work closely with leadership to develop clinical operations, strategic plans and organizational ethics.

Andrew Cosgarea, M.D., chief of the Division of Sports Medicine, is the inaugural recipient of The Drew Family Professorship of Orthopaedic Surgery in honor of Alec J. Cosgarea, named after his late son, Alec Cosgarea. Donations from Johns Hopkins Medicine trustee Ina Drew, her husband, Howard Drew, actors Daniel Craig and Rachel Weisz, the Broccoli Family Foundation, and more than 180 other donors created the new professorship—the first dedicated to sports medicine. Cosgarea, who served as team physician for the Baltimore Orioles from 2000 to 2010, is the Johns Hopkins Blue Jays’ team physician.

Daniel Finkelstein, M.D., M.A., professor of ophthalmology and a    member of the core faculty of the Berman Institute of Bioethics, has been appointed the inaugural holder of the newly  created Andreas C. Dracopoulous Professorship, established with a gift from Andreas Dracopoulos, a trustee of The Johns Hopkins University and a member of the Berman Institute’s national advisory board. The new professorship is affiliated with the Wilmer Eye Institute, of which Finkelstein is a 47-year veteran.

The Johns Hopkins Health System and The Johns Hopkins University have received the WorldatWork Seal of Distinction for the fifth consecutive year. WorldatWork, a nonprofit human resources association and compensation authority, cited the health system and university for setting the highest standard for employee engagement, leading to business success.

Mark Anderson, M.D., Ph.D., professor and director of the Department of Medicine and physician-in-chief of The Johns Hopkins Hospital, has received the 2017 Heart Rhythm Society’s Distinguished Scientist Award. Anderson has focused his research on heart failure and cardiac arrhythmias, a cause of sudden cardiac death.

Donald Coffey, Ph.D., distinguished service professor of urology and professor emeritus of oncology, pathology, pharmacology and molecular sciences, is this year’s recipient of the Dean’s Distinguished Mentoring Award. Coffey, a leading expert in prostate cancer, has made major contributions to research, laying the foundation for many modern genetic and epigenetic discoveries.

Sherita Golden, M.D., M.H.S., professor of endocrinology and metabolism and executive vice-chair of the Department of Medicine, has been named the co-recipient of the University of Virginia School of Medicine’s Walter Reed Distinguished Achievement Award.

Doug Robinson, M.Phil., Ph.D., professor of cell biology, pharmacology and molecular sciences, and chemical and biomedical engineering at the school of medicine, was recently named one of the Science Channel’s Super Heroes. Robinson leads the Johns Hopkins Initiative for Careers in Science and Medicine.

Lisa Filbert, M.S.H.C.M., R.N., has been named chief of staff in the medical center’s executive office. She will work on the planning, development and monitoring of the medical center’s management objectives. Filbert began her career at The Johns Hopkins Hospital as a nurse, and, in 2013, became administrator of hospital operations.

Cheryl Koch, M.S., R.D., F.A.N.D., L.D.N., has been named vice president of operations and facilities, a post in which she will assume broader responsibility for medical center operations, including support for ambulatory services, community psychiatry, addiction treatment services, labs and imaging.

Danielle Wharton, M.H.S.A., N.H.A., has been promoted to vice president of support services. She will oversee such entities as food services, environmental services, materials management and supply chain, patient transport, security and parking.

David Wu, M.D., assistant professor of medicine, has been named the director of palliative care. A graduate of Yale and the Baylor College of Medicine, he most recently served as senior medical director for Chesapeake Palliative Medicine/Hospice of the Chesapeake.

M. Shafeeq Ahmed, M.D., M.B.A., chief medical officer and vice president of medical affairs, has been named by Becker’s Hospital Review as one of the “100 Hospital and Health System CMOS to Know in 2017.”

Nia Leak, M.D., has been named head of the Department of Obstetrics and Gynecology. A member of the hospital’s professional staff since 2011, she has been serving as interim head of the department for the past year.

Shannon Wollman has been appointed vice president of development for the Howard Hospital Foundation. She will plan and manage all fundraising efforts for the foundation to benefit the hospital, including its current capital campaign. Previously, she was director of development for the Johns Hopkins Heart and Vascular Institute.

Kimberly Berfield, M.B.A., has been named vice president of government and community affairs for the hospital. Formerly Deputy Secretary of the Florida Department of Health and a member of Florida House of Representatives, she will lead the hospital’s mission to provide education, advocacy and research for children. 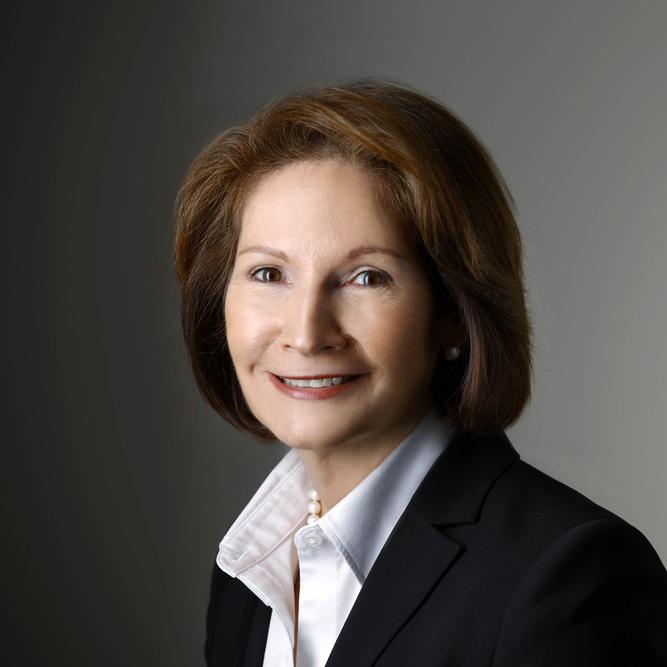 Janice Clements, Ph.D., professor of molecular and comparative pathobiology, director of the Retrovirus Laboratory, and vice dean for faculty is among this month's featured employees.

Emergency medicine physician Peter Hill is included in this issue's Who/What column.
back to top button