On the outside, Rachel* seemed happy to friends and family members. The Virginia teenager was creative, vivacious, intelligent, musically-talented and always appeared to be comfortable in her own skin. But on the inside, she was suffering.

To cope with her emotions, she began cutting herself in 10th grade. When her boyfriend died during her senior year of high school, her mental health challenges escalated. She was depressed and began having hypomanic episodes.

“I was all over the place with my moods,” Rachel said. “Once the highs stop, then you get that severe, horrifying depression. It was so bad, I honestly wouldn’t get out of bed or shower. The depression consumed me.”

Rachel’s mother sought help for her daughter as soon as she learned of the cutting. But most of the psychiatrists and therapists they saw lacked the patience and experience Rachel needed, her mother says.

“Our patients are not quite ready for adult psychiatry, so we formed in 2015 to help this population,” Dr. Miller says. “We strongly believe it’s important to involve families, so our model always includes family members.”

“Another strength of our program is that we offer a team-based approach while working collaboratively with patients and parents,” adds Arielle Goldman, a licensed social worker and senior MAP therapist.

Before coming to MAP, Rachel experienced several unsuccessful therapies. At one point, she was taking 10 medications that had a zombie-like effect on her. Her mother recalls picking Rachel up from college in the spring of 2016.

“She was gray from all the meds,” her mother says. “I’d never seen her like that. She was almost comatose. I asked her if she was OK, and she said, ‘I don’t know, mom.’ And she started crying.”

They made their first trek to Baltimore in September 2016 for help.

After evaluating Rachel, Dr. Miller suggested she be admitted to the psychiatric unit at Johns Hopkins Bayview. Rachel and her mother agreed.

“That was the best thing that could have ever happened to me,” Rachel says. “Almost every other doctor either didn’t understand or they just couldn’t help me. When I came to Hopkins, I felt like they listened. And they knew what they were talking about.”

“They were there for her,” Rachel’s mother adds. “They were invested in her.”

Rachel’s hospitalization “jump started” her treatment, Dr. Miller says. While there, doctors stopped a few of her medications and narrowed her diagnosis down to Bipolar II Disorder, a condition where patients have episodes of depression and hypomania. After she was discharged, Rachel and her mother began the weekly, sometimes 13-hour trek from their Virginia home to Baltimore and back to ensure Rachel received consistent outpatient treatment. They had difficulty accessing mental health treatment in their local community.

Goldman worked with Rachel on discussing and understanding past trauma and developing emotion regulation and distress tolerance skills, while Dr. Miller worked with Rachel and her mom on medication management and progress toward improved mood, sleep and appetite.

“Rachel was motivated and determined to make progress; however, she was open to support from her mom when needed,” Dr. Miller says.

As Rachel improved, the therapy sessions moved from weekly to every other week and then monthly. By spring, Rachel was a different person, Dr. Miller and Goldman say.

Rachel, who is now 20, is sleeping well, eating well, exercising, working a part-time job and taking classes at a Virginia college. She is down to two medications. In the future, she wants to be a psychologist so she can help others the same way the staff at Hopkins helped her.

“They changed my life,” Rachel says. “They saved my life, and I will never be able to thank them enough.”

*Name has been changed to protect the patient’s identity.

Mood disorders present differently, depending on the person. Recognizing symptoms early can lead to better outcomes. If you think your child
may have a mood disorder, here are some signs to watch for: 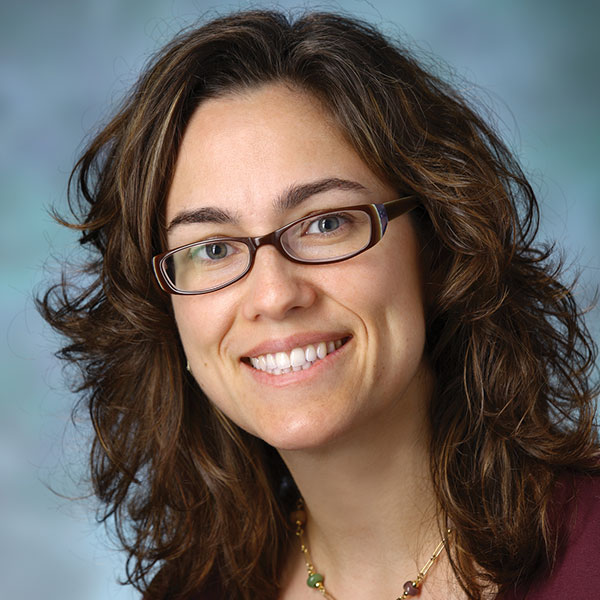