Nearly every day, Peter Searson, director of the Institute for NanoBioTechnology, leaves his office to run between 5 and 10 miles with members of the Hopkins Harriers, a group he helped found in 2000.

The midmorning exercise seems to sharpen his thinking, he says, and staves off late-afternoon drowsiness.

Searson studies the blood-brain barrier. He wonders if intense exercise really does improve cognition, perhaps by generating proteins that can somehow get past the brain’s protective filter.

“For years, I’ve been thinking about how I could turn my interest into an inquiry,” he says.

Searson got his chance in early 2015, when The Johns Hopkins University launched the Discovery Awards program. The fund encourages collaborative research, paying as much as $150,000 for studies led by researchers from more than one Johns Hopkins school or affiliate. The idea is to support explorations that can lead to larger, grant-funded studies, says Denis Wirtz, the university’s vice provost for research.

Within days of the Discovery announcement, Searson contacted Kerry Stewart, exercise physiologist in the school of medicine, and Howard Egeth, cognitive psychologist in the Krieger School of Arts and Sciences.

Fast forward to the summer of 2016. The three investigators are comparing notes as they stand in the Clinical Research Unit at Johns Hopkins Bayview Medical Center. Study participant Kasidet Hiranniramol, a school of medicine research assistant, sweats as he walks on a treadmill, breathing into a tube that measures his oxygen intake. Heart monitors are on his chest, a blood pressure cuff on his arm. Blood analysis and cognition tests will follow.

Hiranniramol will be given one minute to list as many words as he can that start with a given letter. He will watch shapes and colors flash on a computer screen and try to identify what changes from one appearance to the next. He will tell blue from green, even when the word green is printed in blue, and the word blue is printed in green.

The Johns Hopkins University’s Office of the Provost is giving $5 million a year to collaborations like this one and to early-career faculty members in support of innovative research directions through the Catalyst Awards.

School of medicine researchers can also apply for Discovery Fund Synergy and Innovation Awards, established in 2014 by the Johns Hopkins Medicine Research Council. Synergy grants of up to $100,000 support research with at least one investigator in the school of medicine. Single-investigator projects can win Innovation Award support of up to $50,000.

Synergy winners in 2015 include neurologist David Zee, who has studied and treated inner ear and balance disorders for decades. He teamed with school of medicine colleagues, including computer scientist Dale Roberts, biomedical engineer Jorge Otero-Millan, and otolaryngologists Michael Schubert and Bryan Ward; and with Daniel Reich and Collin Broholm, two physicists from the Krieger School of Arts and Sciences who are experts in magnetic fields.

Together, they are designing high-powered magnets that painlessly stimulate the motion detectors of the inner ear, mimicking the mechanism that causes vertigo. The group is now seeking funding to build the magnets, which should help researchers better understand and eventually treat the debilitating condition.

Zee says he values collaboration because investigators from other disciplines “see things from their own vantage points, bringing new insights and approaches to the illnesses of our patients.”

Searson, too, was eager to tap new perspectives. When he contacted Egeth and Stewart, “he wasn’t specific at all,” says Egeth, an expert in memory and attention. “He just said, ‘Let’s study the effects of exercise on cognition.’”

They decided to recruit up to 75 participants, measure their fitness, and divide them into groups for moderate, intense and no exercise. Research assistants would draw blood and administer cognition tests one hour, two hours and 24 hours later.

In July 2015, the exercise and cognition study became one of 24—out of 217 applicants—to win the first batch of Discovery Awards. The researchers are using the $100,000 to hire research assistants, work out details of the study and pay volunteers $75 for each of three visits.

“We probably could not have gotten a grant from an outside source because we had no track record on this research,” says Egeth. “The Discovery Award is seed money.”

Although the grant program is still new, Wirtz says it seems to be working. “Putting a little bit of money on the table encourages interactions between disciplines,” he says. “A lot of faculty members have told us the awards pushed them to meet and to put together exciting, more complex projects. Even if they don’t get the award, they still met and discussed the plans together.”

Also winning $100,000 in 2015 were pathologist Timothy Amukele and Applied Physics Laboratory engineer Robert Chalmers. Together, they are creating a system of drones to deliver blood and other biological materials for testing and transfusions. Four sites—two in Africa and two in the United States—are nearly ready for testing, and the work has generated funding and interest from several foundations, Amukele says.

In July 2016, a second round of Discovery Awards grants gave $100,000 to 20 projects and $150,000 to four. Recipients included hematologist Linzhao Cheng of the school of medicine and malaria expert David Sullivan of the Bloomberg School of Public Health. They are using their $100,000 for research that could lead to human red blood cells that are genetically engineered to be resistant to malaria.

Before the grant, the two would talk from time to time. “The funding lets us accelerate the interaction,” says Sullivan.

Back in the Clinical Research Unit, Stewart is explaining to his fellow investigators how he uses exercise tests, strength exercises and body scans to measure the physical fitness of participants. Now that the study is underway, the three agree to meet once a month for updates.

Searson grins. “I want to start seeing the results,” he says. “That’s the exciting part.”

“Even if they don’t get the award, they still met and discussed the plans together.”

Cardiologist Chiadi Ndumele recently led a study showing that people who are obese are more likely to suffer from heart failure. But hearts are funny things. That same obesity also seems to keep people with heart failure alive.

Ndumele, who joined the school of medicine faculty in 2011, is using a Catalyst Award grant to try to understand why thin people with heart failure are more likely to die than overweight people with the same condition.

The Catalyst Awards program, launched by The Johns Hopkins University in 2015, gives grants of up to $75,000 for research led by investigators who have been full-time faculty members between three and 10 years. The goal is to support exploratory research during a critical time in their career, paving the way for future grant-funded studies.

The first round of awards went to 37 early-stage Johns Hopkins researchers. In 2016, 34 faculty members from across the institution, including Ndumele, received Catalyst Award funding.

Ndumele’s study will examine echocardiograms and 1,193 metabolic biomarkers for morbidly obese patients before they undergo bariatric surgery and after the surgery prompts weight loss. The goal is to better understand the mechanisms that connect obesity and heart failure—eventually leading to improved prevention and treatment.

“This kind of institutional support to help us in our journey toward understanding is huge,” Ndumele says. “When I’m ready to apply for an independent investigator grant, I can say I received this award and performed this work.” 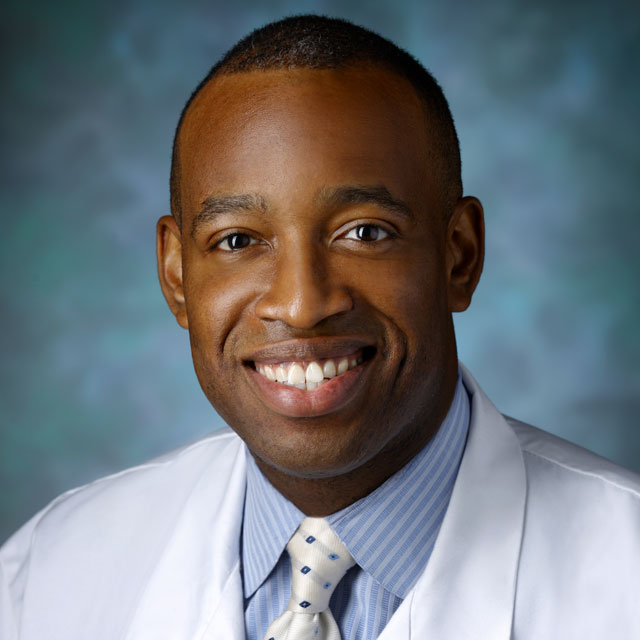 Chiadi Ndumele
More Than One Way to Fund a Study

Johns Hopkins Discovery Award: Grants of up to $100,000 and up to $150,000 for studies led by investigators from at least two of the university’s schools or affiliates (bit.ly/JHDiscovery)

Johns Hopkins Catalyst Award: Grants of up to $75,000 for investigators with three to 10 years of faculty experience (bit.ly/JHCatalyst)

School of Medicine Discovery Fund Synergy Awards: Grants of up to $100,000 for collaborative research with at least one investigator in the school of medicine (bit.ly/SOMDiscoveryFund)

School of Medicine Discovery Fund Innovation Awards: Grants of up to $50,000 for innovative projects led by a single school of medicine investigator (bit.ly/SOMDiscoveryFund) 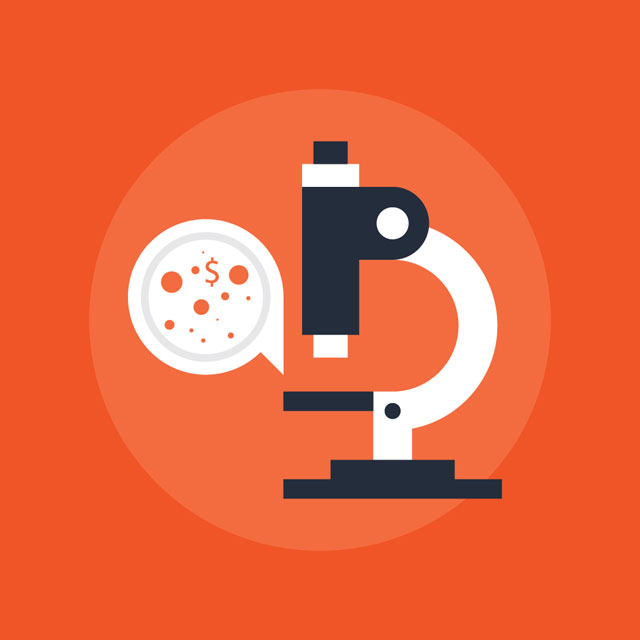