Doctors are expected to diagnose patients perfectly, time after time, often in rushed, distracting circumstances. But bodies are complex, and patients even more so. Tests and symptoms can mislead. Biases and communication barriers may obscure crucial details.

The problem is enormous: The Institute of Medicine reported in 2015 that most Americans will be misdiagnosed at least once in their lifetimes.

The Center for Diagnostic Excellence is working to change that.

Launched in 2016 within the Armstrong Institute for Patient Safety and Quality at Johns Hopkins Medicine, the center is the first in the world devoted to reducing the considerable harm caused by misdiagnosis. It is led by David Newman-Toker, professor of neurology and otolaryngology–head and neck surgery. Newman-Toker sees diagnostic errors as the “bottom of the iceberg” of patient safety and quality – causing more morbidity and mortality than all other medical errors combined.

On April 20, the center held its first Diagnostic Excellence Summit to celebrate efforts across Johns Hopkins Medicine to improve the accuracy of diagnosis and make sure the information is communicated to patients and families.

Keynote speaker Mark Graber, founder and president of the Society to Improve Diagnosis in Medicine, described the summit as “a landmark event.” Previously, he said, “we just accepted diagnosis for whatever it is. We didn’t talk about it. We didn’t measure it. This is a day when we can start those discussions."

Held in the Welch Medical Library on Monument Street, the half-day summit included a poster session and presentations that gave investigators opportunities to describe the work they are doing to improve diagnosis.

One study is working to shorten wait times at pathology labs to ensure breast cancer biopsies are analyzed before the tissue deteriorates. Another is empowering nurses to recognize and act on early signs of sepsis. And a third seeks to change the way test results are reported through the electronic medical records system, so clinicians can easily see important information and get automated reminders if they fail to act on it.

“The center is drawing people together to think in a different framework,” said Richard Rothman, vice chair of research in the department of emergency medicine. After he spoke about how the emergency department screens for HIV, nurse practitioner Judith Greengold of Johns Hopkins Community Physicians in Fulton noted that a similar program could benefit her primary care patients.

Also speaking at the summit was Michael Armstrong, who nearly died 25 years ago after doctors in Connecticut failed to identify the warning signs of leukemia.

Although the quest to improve diagnosis has always been part of Johns Hopkins Medicine, the new center has created a clearinghouse for ideas as well as a place to encourage collaboration and to provide financial and logistical support.

"We can and we must eliminate preventable harm,” said Armstrong, chairman of the Johns Hopkins Medicine Board of Trustees from 2005 to 2013. “It's not just our job to do it. It's our obligation, and it's our contribution, both to our patients and to humanity."

Pronovost said advances in medicine make diagnosis more challenging. Breast cancer, for example, used to be thought of as a single disease, but now clinicians treat more than 10 varieties of breast cancer, based on the tumor’s location and proteins.

He advocates a collaborative approach that involves nurses as well as patients and includes “pause points” -- moments when the care team stops and reconsiders before moving forward.

“With the strong support of our executive leaders, the philanthropic vision of Mr. Armstrong, and the team science backbone of the Armstrong Institute, I am confident the Center for Diagnostic Excellence will achieve its mission to eliminate preventable harm from medical misdiagnosis.”

The posters on display at the Diagnostic Excellence Summit showcased some of the diagnosis-improvement work taking place at Johns Hopkins, including:

Reducing delays between biopsy and lab tests for breast tissue

Encouraging the role of nurses in diagnostic error prevention 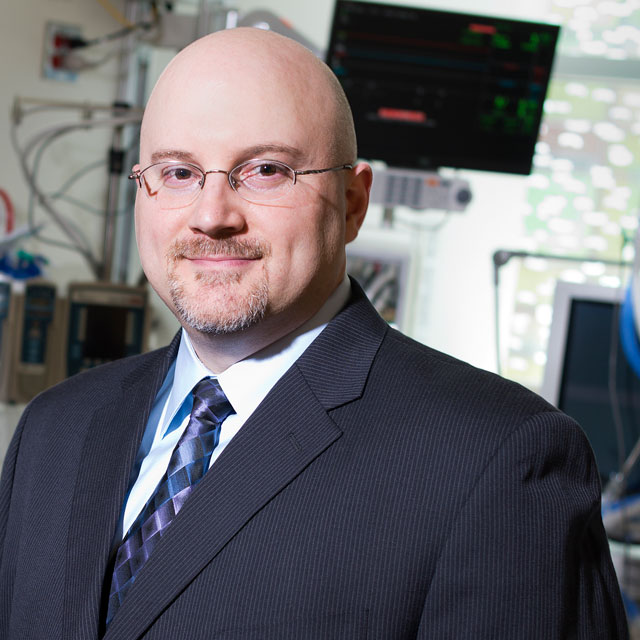 The director of the new Center for Diagnostic Excellence explains why diagnostic errors are common but don’t have to be.

A Close Eye on Stroke

One area particularly ripe for improvement is misdiagnosis when patients complaining of dizziness come to the emergency room to be evaluated for stroke.
back to top button