The conversation is lively at Red Emma’s, the bookstore and vegetarian restaurant where Lily Raines has organized a Baltimore Science Cafe. Khalil Ghanem, a Johns Hopkins expert in infectious diseases, has finished a 15-minute talk about the dangers of overusing antibiotics, and now he’s taking questions from a lay audience that is eager to learn.

Raines is enjoying the exchange. “My biggest pet peeve is when someone says: ‘I’m not good at science,’” says Raines, 26, a fifth-year Ph.D. candidate in the Biochemistry, Cellular and Molecular Biology Graduate Program at the Johns Hopkins University School of Medicine.

Raines, the first in her family to pursue a Ph.D., knows how to describe her research so friends and relatives understand. Their “Oh, now I get it” moments inspired her to organize the once-a-month Science Cafes for Project Bridge, a student group that connects the public with Johns Hopkins research at venues around town.

Until recently, Raines considered science outreach a hobby, not a potential career. Like other doctoral candidates, she planned to find a faculty job—in her case, teaching science and conducting research at a liberal arts college. But the more she learned about academic life, the more she realized she didn’t want to compete for research dollars to fulfill a future employer’s publish-or-perish imperative. “I want to get people excited about science,” she says.

So she turned to the Biomedical Careers Initiative (BCI).

This resource, created in 2013, helps Johns Hopkins biomedical graduate students learn about jobs beyond the faculty research posts that were once considered the sole logical next step for people with advanced degrees. With BCI’s help, Raines secured a three-month internship at the American Society for Biochemistry and Molecular Biology in Rockville, Maryland. Supported by a BCI stipend, she analyzed data for a grant program that promotes science engagement. The work confirmed her interest in outreach and has helped prepare her for a future job search.

Faculty Jobs No Longer the Norm

Nationwide, fewer than 15 percent of biomedical Ph.D. graduates and fewer than 10 percent of entering Ph.D. students will get research faculty positions, according to a 2014 Cell Press article. And competition keeps getting fiercer as the pool of Ph.D.s continues to grow but the number of such jobs stagnates under funding constraints.

Students, meanwhile, are eager for information about careers outside of academia that build on their abilities to understand complex ideas, analyze data and work independently.

In this year’s annual survey of the roughly 800 biomedical graduate students in the school of medicine, research faculty jobs remained the top choice for 27 percent, with the remaining 73 percent saying they’d prefer jobs in government, industry, K-12 schools or nonprofit organizations.

“I just don’t know if I want to write grants all the time or teach at a graduate level,” says Alyssa Walker, 28, a recent leader of the Graduate Student Association, who is studying the behavior of breast cancer cells; she’s in her sixth year of a Ph.D. in pathobiology. Through BCI, she is learning about a variety of research careers and thinks she might want to work at the National Institutes of Health, conducting research in a setting that doesn’t require teaching or grant writing.

Until recently, few resources existed at Johns Hopkins and other centers of higher biomedical education to help students like Raines and Walker develop and market their skills to nonacademic employers. Professors tend to steer students toward tenure-track jobs, and students immersed for years in research labs have little exposure to other options.

BCI fills this gap, says its program manager, Arhonda Gogos, who has a doctorate in biophysics from Johns Hopkins and serves as academic program manager of the Biochemistry, Cellular and Molecular Biology Graduate Program.

The BCI website provides information about such careers as science writing, patent law, biodefense, and research for pharmaceutical or medical device companies.

For each career path, students can find resources, recommended coursework across Johns Hopkins schools, volunteering ideas and “day in the life” vignettes from alums in the field. BCI also provides networking events, educational seminars and internships.

“We try to expose students to all the careers that are available to them,” says Peter Espenshade, director of BCI’s parent organization, the Center for Innovation in Graduate Biomedical Education. The center was established in 2012 as part of Johns Hopkins Medicine’s strategic priority to “lead the world in the education and training of physicians and biomedical scientists.” BCI, formed with funding from the Office of the Provost, is the center’s first major project.

In the past two years, BCI has placed 18 students in internships in commercial and nonprofit organizations. The internship at the Ovarian Cancer National Alliance was created by its policy director, Laura Koontz, who completed her Ph.D. in biochemistry, cellular and molecular biology at Johns Hopkins in 2011.

“When I started grad school, I really thought I was going to wind up in academia,” says Koontz, whose doctoral research on fruit flies examined anomalies linked to cancers. “I’m very proud of my work,” she says, “but I started to miss that big picture of thinking about patients and science writ large.”

Remembering her own lack of resources as she explored career options, Koontz quickly agreed to help BCI when she was approached by Gogos. The first student in the internship took on the task of updating a state-by-state report of care options for women with ovarian cancer.

A BCI-organized internship at Eli Lilly and Co. gave Laurene Cheung, 30, an insider perspective of the pharmaceutical industry. “I really like how teams throughout the organization collaborate to bring therapies into the marketplace,” says Cheung, who is interested in conducting research that leads to treatments. She plans to apply to jobs in industry and academia when she completes her doctoral training in cellular and molecular medicine next year.

“Now I understand what’s behind a couple more doors,” says Cheung. “One thing I’ve realized is there’s more flexibility in your career path than you think.”

Amy Anderson, a Ph.D. candidate with the Cellular and Molecular Medicine graduate program, talks about her internship with MedImmune LLC. Anderson was selected for this internship through the Johns Hopkins University School of Medicine’s Biomedical Careers Initiative. 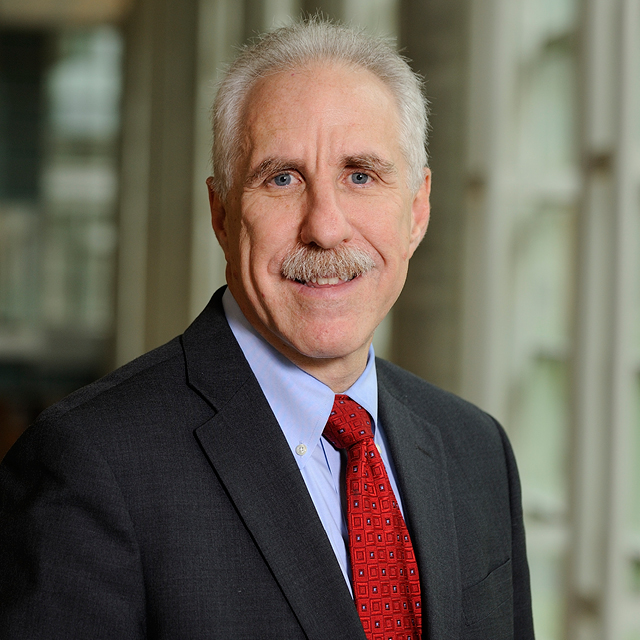