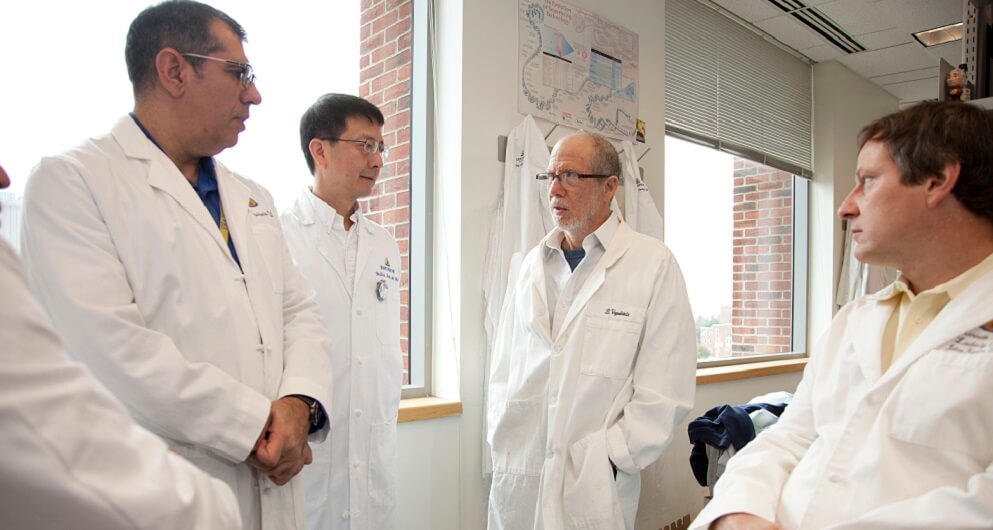 We hear frequently about the promise of personalized cancer medicine. The reason it exists is primarily due to the pioneering work of The Ludwig Center at Johns Hopkins. When it comes to cancer genetics, their work is on the cutting edge of the cutting edge. They led the world to understand that cancer is a disease of genetic defects and then became the first laboratory in the world to reveal what those defects are. They didn’t do it alone. Of equal importance to their accomplishments is the funding that made these discoveries possible. The Ludwig Center at Johns Hopkins is home to the laboratory of Bert Vogelstein, M.D., and Kenneth Kinzler, Ph.D., and the site of these revolutionary cancer discoveries. It is not an exaggeration to say that their research — the most commonly cited in all of medical science — would not have been possible without the support of Ludwig Cancer Research.

In that regard, Daniel K. Ludwig accomplished exactly what he set out to do in bringing the best minds and resources to bear in the fight to conquer cancer. Mr. Ludwig said, “The true value will not be measured until the clinical potential of discoveries are realized and they are impacting human suffering.”

It has already begun to happen. In the Ludwig Center, the team’s cancer gene research is poised to change cancer medicine. We are developing tests that find cancer DNA in a small sample of blood or bodily fluids and can be used to detect cancer, personalize therapies to combat the unique genetic alterations within a tumor, and to monitor cancers’ response to treatment. Perhaps the greatest promise will be realized through prevention and the ability to intervene and change the fate of cancer cells before they can cause harm.

The Ludwig commitment and our leadership’s willingness and desire to apply what we have learned here to improve the health and well-being of humans has brought us to this historical moment in time where we can begin to alter the course of cancer in ways we could only imagine before. 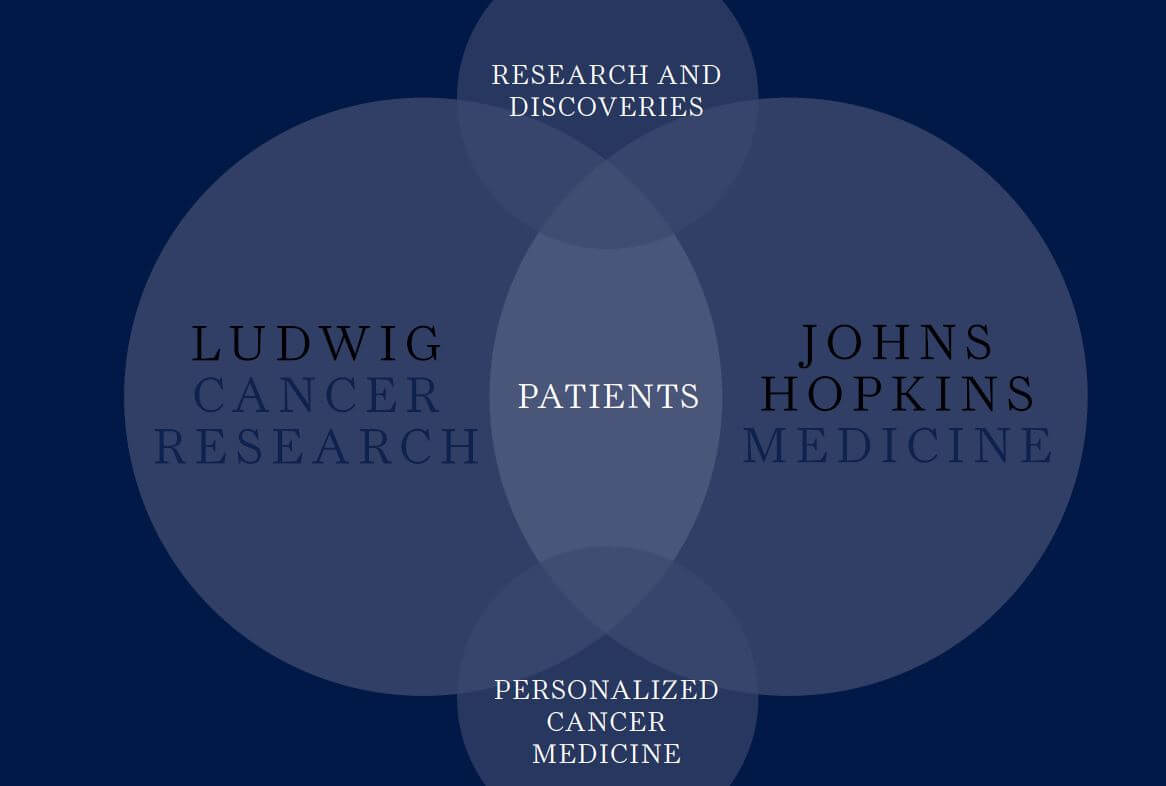 Established in 1971, Ludwig Cancer Research began when American businessman Daniel K. Ludwig started to support cancer research. Now, Ludwig Cancer Research is an international community of distinguished scientists dedicated to preventing and controlling cancer. Ludwig Centers exist at six U.S. institutions, all pursuing breakthroughs to change the course of cancer as we know it. The centers, created in 2006, operate independently of the Ludwig Institute but work collaboratively with each other and with the institute at the forefront of cancer research.

The Virginia and D.K. Ludwig Fund for Cancer Research endowed the centers under the terms of the will of Daniel Ludwig. The gift to each of the six institutions ranks among the largest ever received.