While lung cancer is the second most common cancer in the U.S., it’s not often detected early. However, lung cancer screening offers hope for catching the cancer early when it’s easier to treat.

Unlike some other cancers, lung cancer usually has no noticeable symptoms until it’s in an advanced stage. When the tumor grows large enough to press against other organs it causes pain and discomfort. Sometimes, there are earlier warning signs that are a signal to call the doctor. 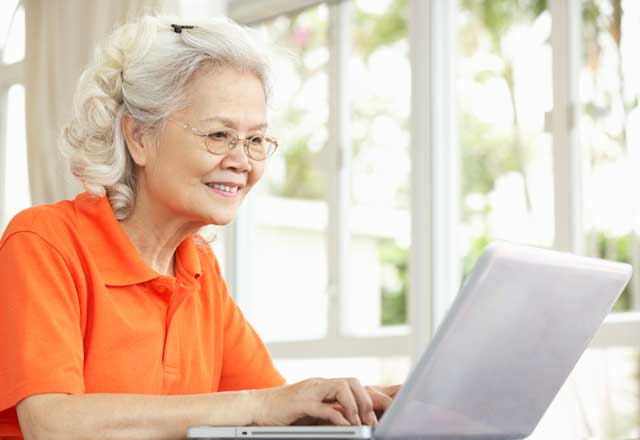 Cigarette smoking is the most important risk factor in the development of lung cancer. It is estimated that as many as 90 percent of lung cancer diagnoses could be prevented if cigarette smoking were eliminated. Exposure to certain industrial substances such as arsenic, some organic chemicals, radon, asbestos, radiation exposure, air pollution, tuberculosis and environmental tobacco smoke in nonsmokers also increases a person’s risk of developing lung cancer.

Often, when patients receive a lung cancer diagnosis, they have been experiencing symptoms such as persistent breathing difficulty, recurring respiratory infections or chest pain for a while. But the patient likely didn’t realize these were symptoms of lung cancer, so they waited to see a doctor.

“While every cough or case of bronchitis isn’t a reason to believe you have lung cancer, if you are at high risk of developing lung cancer, paying attention to the early warning signs is critical,” says Russell Hales, M.D., a board-certified radiation oncologist and director of the multidisciplinary clinic at The Lung Cancer Program at the Sidney Kimmel Comprehensive Cancer Center.

Catching lung cancer early and treating it quickly leads to the best hope of beating the disease. But, most often, lung cancer waits to show signs and symptoms until the cancer is in advanced stages, when it’s harder to treat. Lung cancer screening — a test that looks for cancer before you have symptoms — offers hope for early detection, when surgery is a potential cure.

When to Talk to Your Doctor

If you’re experiencing symptoms and at an increased risk of developing lung cancer, you should talk to your doctor about having a routine screening, Dr. Hales says.

If your doctor detects anything abnormal during a lung cancer screening, diagnostic tests such as imaging scans and biopsies (lung tissue sampling) are the next step. Read more about how to reduce your risk of lung cancer.