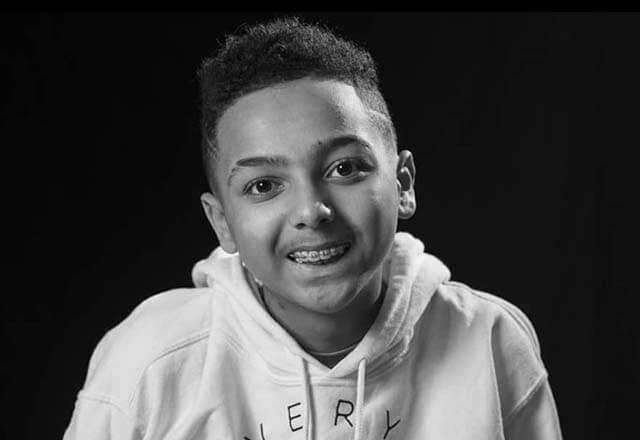 When Micah was 15 years old he caught a cold that forever changed his life. His chest began to hurt, and when he started having trouble breathing his grandmother, Linda, took him to the doctor. The next thing they knew, Micah was on his way to Johns Hopkins Children’s Center.

A chest X-ray revealed Micah had myocarditis, meaning his heart was enlarged and he would need to be admitted to the PICU. After 12 days of medication and no improvement, his doctors—including pediatric cardiologist William Ravekes—called a family meeting with his mom, Suzanne, and Linda. Micah needed a ventricular assist device (VAD) to keep blood flowing through his heart, but this fix would only be temporary because Micah’s heart was failing. Doctors placed him on the heart transplant waiting list.

It was a very long night for Suzanne, Linda and the rest of the family during the surgery to place the VAD. Doctors told them they made the decision to operate just in time because Micah likely wouldn’t have made it another 24 hours. After the surgery, Micah’s heart was still so enlarged that doctors could not close his chest, leaving his heart exposed and visible. Micah would return to the operating room a few days later to have his chest closed when the swelling went down.

After 63 days in the PICU, Micah and his family were able to return home—still on the transplant waiting list. Each day passed with disappointment when there was no heart for Micah. After one month at home, a pediatric cardiac intensivist called Suzanne with the news they’d been waiting for: Micah was getting a heart.

“We were all jumping for joy, but then reality hit us that in our rejoicing someone else had just lost their child,” Suzanne says.

“We are forever grateful to the family who donated their precious child’s heart to save our baby,” Suzanne says.

Micah was becoming a normal teenager again until his new heart went into rejection. He was back in the Children’s Center and placed on extracorporeal membrane oxygenation, or ECMO, and dialysis before his heart eventually recovered.

Micah has gone into rejection two more times since then, but he keeps fighting. Today, he is a fun-loving kid who likes to dance, make videos and give back to those around him. Although his journey is not over and he continues to be followed by his Children’s Center team, he is confident that everything will be OK.