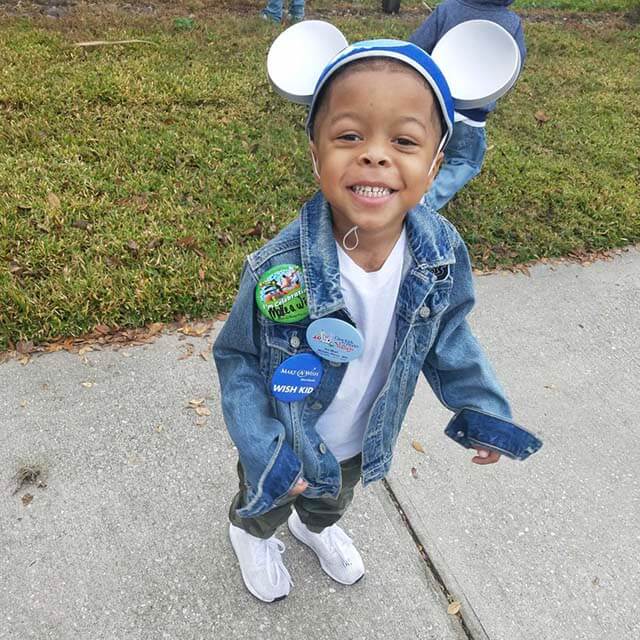 After giving birth, Miesha had just seconds with her son Kamari before he went into heart failure. Born with hypoplastic right heart syndrome, Kamari’s heart was unable to pump blood to his lungs and oxygenate his body. Kamari had his first heart surgery when he was just 3 days old, and in the coming years, he would face more obstacles on the road to a heart transplant.

After 20 different medications failed, his care team — including a pediatric cardiac intensivist, pediatric cardiologist William Ravekes and a pediatric cardiac surgeon — determined that Kamari needed to be placed on a ventricular assist device (VAD), which is designed to assist cardiac circulation in adults. Because this device was designed for adult use, pediatric modifications needed to be made just for Kamari, making him tied as one of the two smallest people in the country to receive a VAD.

After months of waiting, Kamari's cardiac team finally received the phone call that there was a heart for Kamari. However, accepting this heart was not an easy decision for Kamari’s care team. This particular heart had been turned down by 20 other centers and required 12 hours of work and preparation before it would be ready for the transplant. But this team of doctors was eager to take on the challenge.

The challenges didn’t end there. When a member of his cardiac team went to pick up the heart, the plane he was on needed to make an emergency landing. Thankfully, the plane was able to refuel and get back in the air while the rest of the team prepared Kamari for surgery.

Despite the obstacles, Kamari's cardiac surgeon successfully implanted his new heart and doctors placed him on ECMO, a machine that takes over the function of the lungs and heart. The surgery was successful and Kamari came off ECMO a day later. From that day on, everything went in the right direction and Kamari finally got to go home.

“The day he went home was one of the greatest celebrations of our entire unit,” his pediatric cardiac intensivist said.

Despite undergoing four major heart surgeries, Kamari is now a healthy 5-year-old. In his lifetime he will need another transplant, but the hope is that he will live a normal life until that time comes.