Inflammatory bowel disease (IBD) is the overarching name for two chronic diseases which cause swelling of the intestines or the colon: Crohn’s disease and ulcerative colitis. Ulcerative colitis only affects the colon, but Crohn's disease may affect any area of the gastrointestinal tract, most commonly the end of the small intestine (the ileum) and the colon. 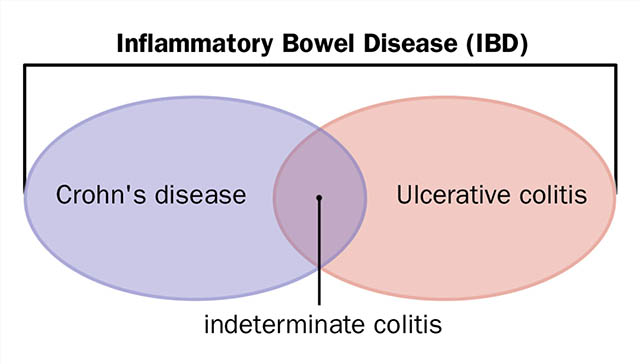 Although there are a number of theories involving genetic and environmental factors, the cause of inflammatory bowel disease ultimately remains unknown. 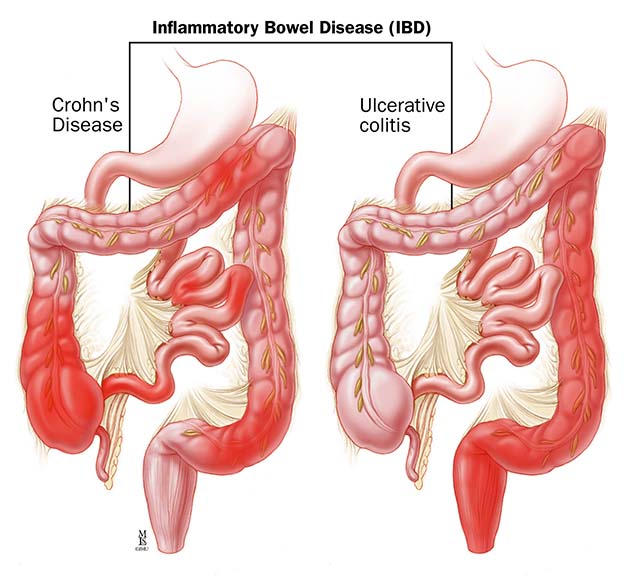 Common genetic variations in over 100 genes have been identified as increasing the risk of IBD. Having a relative with IBD increases the risk several fold. People of Jewish ancestry have a greater risk of developing inflammatory bowel disease, although the disease occurs in all ethnic and racial groups. 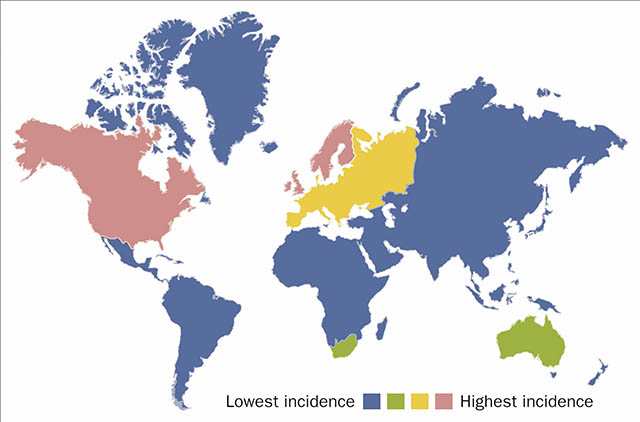 Environmental risk factors include living in a Western industrialized country, particularly in urban and higher latitude environments, and for Crohn’s disease smoking and for ulcerative colitis not-smoking. Numerous other factors have been proposed including infectious triggers.

What are the symptoms of inflammatory bowel disease (IBD)?

Crohn’s disease and ulcerative colitis share many of the same symptoms, including:

How is inflammatory bowel disease treated?

Treatment options vary depending on the severity of each patient’s case. These treatments are designed to help control symptoms, reduce inflammation, and relieve abdominal pain, diarrhea, and rectal bleeding.

At the Johns Hopkins Inflammatory Bowel Disease Center, our team of gastroenterologists and gastric surgeons specialize in providing treatment for the simple to the most complex and complicated cases. Treatment for Crohn’s and ulcerative colitis may include: 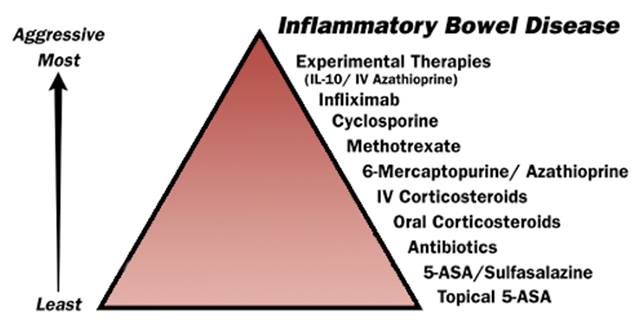 If you or a loved one suffers from inflammatory bowel disease, our specialists can help – request an appointment today.